N. Korea vows not to rule out a new nuclear test 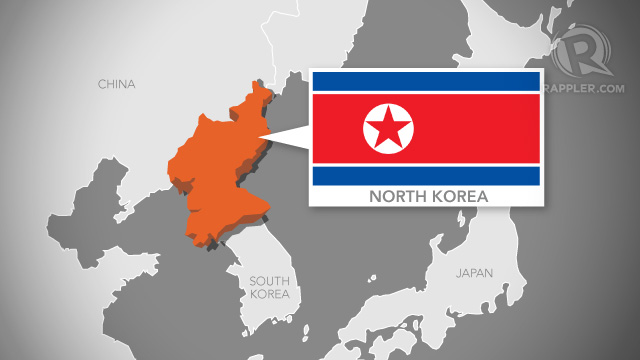 Pyongyang has carried out a series of rocket and short-range missile launches in recent weeks which have prompted stern reactions from South Korea and the United States.

On Wednesday, March 26, it upped the ante by test-firing two mid-range ballistic missiles capable of striking Japan, sparking condemnation from the UNSC.

“(We) would not rule out a new form of a nuclear test for bolstering up (our) nuclear deterrence,” Pyongyang’s foreign ministry said in a statement carried by the North’s state-run KCNA news agency.

The UNSC said the North’s missile launch Wednesday was a violation of UN resolutions barring Pyongyang from any nuclear or ballistic activity, agreeing to consult on an “appropriate response.”

Pyongyang slammed the UNSC criticism as “absolutely intolerable,” defending the launch as a “self-defensive” act in protest against the ongoing Seoul-Washington drills being held in South Korea.

The North has habitually lashed out at the annual Key Resolve and Foal Eagle exercises between the two allies – held in 2014 from February to April – labelling them as war practice.

“The UN Security Council, shutting its eyes to the US madcap nuclear exercises, ‘denounced’ (our) self-defensive rocket launching drills to cope with them as a ‘violation of resolutions’… It is absolutely intolerable,” said the ministry.

Pyongyang also warned the US to “stop acting rashly”, saying it was ready to take “next-stage steps which the enemy can hardly imagine.”

“If a catastrophic development which no one wants occurs on the peninsula, the US will be wholly responsible for it,” the ministry said.

Wednesday’s tests – believed to be the first mid-range missile launch since 2009 – coincided with a summit attended by the South, the US and Japan aimed at uniting the 3 nations against Pyongyang’s nuclear threat.

But the country has shown no signs of launching an imminent atomic test, Seoul’s military said last week. – Rappler.com