Apr 3, 2014 12:27 AM PHT
Agence France-Presse
Facebook Twitter Copy URL
Copied
Any long-term or deep space missions – which are still decades off – need a special level of ethical scrutiny, says the report by the Institute of Medicine 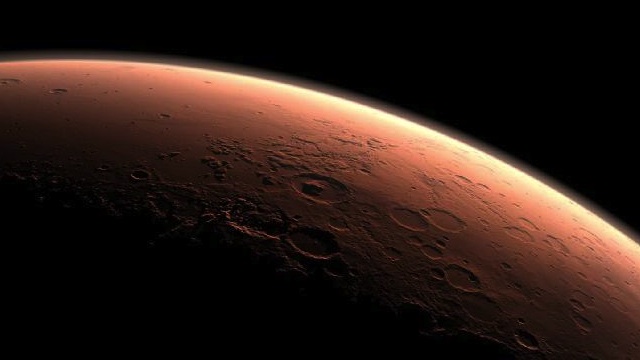 WASHINGTON, DC – Efforts to send humans to Mars would likely expose them to health risks beyond the limits of what NASA currently allows, an independent panel of medical experts said Wednesday, April 2.

Therefore, any long-term or deep space missions – which are still decades off – need a special level of ethical scrutiny, said the report by the Institute of Medicine.

“These types of missions will likely expose crews to levels of known risk that are beyond those allowed by current health standards, as well as to a range of risks that are poorly characterized, uncertain, and perhaps unforeseeable,” said the IOM report.

Currently, astronauts are launched into low-Earth orbit, where they spend three to six months at a time aboard the International Space Station.

But journeys to Mars could take up to 18 months. NASA has said it aims to send people to the Red Planet by the 2030s, and is working on building a heavy duty launcher and spacecraft for this purpose.

Health risks from short-term missions in space can include nausea, weakness, blurred vision, while long-term risks include radiation-induced cancer and the loss of bone mass.

Given the uncertain risks of exploring further into space than ever before, NASA asked the IOM to develop an ethics framework to guide decisions in the future of human spaceflight.

“The committee finds relaxing (or liberalizing) current health standards to allow for specific long duration and exploration missions to be ethically unacceptable,” the report said.

Instead the group concluded that the only option was to grant an exception to existing health standards.

But the IOM cautioned, NASA still needs to determine whether such a loophole would be ethically acceptable.

“Any exceptions should be rare and occur only in extenuating circumstances,” the IOM said.

Key considerations should include avoiding harm and exercising caution, allowing astronauts to make their own decisions about whether to participate, choosing missions that provide benefits to society and seeking a favorable balance of the risk of harm and benefit.

“From its inception, space exploration has pushed the boundaries and risked the lives and health of astronauts,” said chair of the committee Jeffrey Kahn, a professor of bioethics and public policy at Johns Hopkins Berman Institute of Bioethics, Baltimore.

“Determining where those boundaries lie and when to push the limits is complex.” – Rappler.com