Search for ship sunk off S. Korea finds no trace of crew 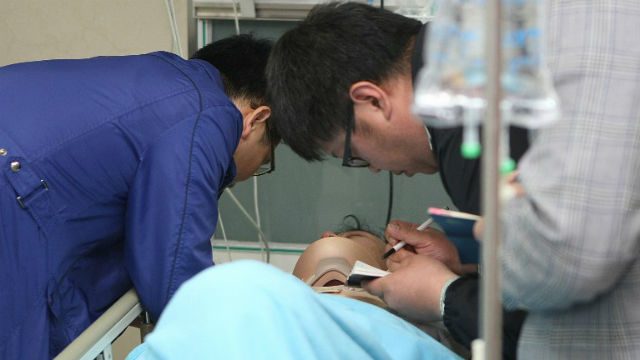 Facebook Twitter Copy URL
Copied
Authorities say the bodies of two North Korean sailors were recovered and three other crew were rescued on Friday. As of mid-morning Saturday, around 11 people are still missing

The 4,300-tonne Mongolian-flagged ship sent out a distress call from international waters off South Korea’s southern island of Geomun shortly after 1:00 am Friday, March 4.

The bodies of two North Korean sailors were recovered Friday and three other crew were rescued, with 11 people still missing mid-morning Saturday.

Around 11 South Korean ships equipped with floodlights and night vision devices scoured the site overnight but found no traces of the boat or crew members, the South’s coastguard said in a statement.

The coastguard resumed the search Saturday, mobilizing 12 vessels and 7 aircraft to hunt for possible survivors.

The boat, carrying a cargo of iron ore and copper powder, had been sailing from North Korea to China on a sea route regularly used by North Korean freighters.

Sea currents were believed to have carried debris southeast towards Japanese waters, the coastguard said, as it asked for cooperation from Japanese authorities in searching for other survivors.

According to the South’s Yonhap news agency, the surviving crew told rescuers that the ship had suddenly listed sharply to one side.

South Korea on Friday informed the North it would return the dead bodies and the rescued sailors at Panmunjom, on the border between the two Koreas, on Sunday, a Unification Ministry spokeswoman said.