May 9, 2014 10:54 PM PHT
Agence France-Presse
Facebook Twitter Copy URL
Copied
A tribal leader says shelling and clashes began in and around Fallujah about 3am (0000 GMT) on Friday, May 9, and continued for hours 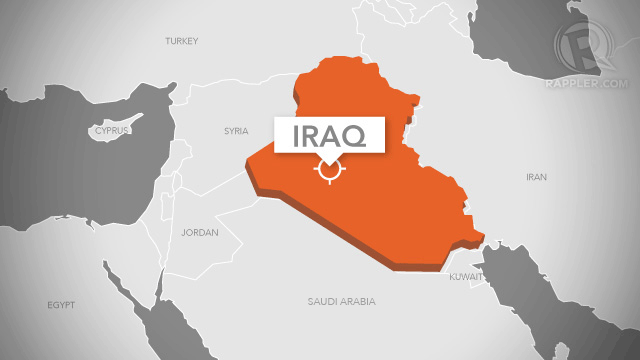 BAGHDAD, Iraq – Iraqi forces launched an operation Friday, May 9, to retake areas near the militant-held city of Fallujah in preparation for an eventual assault, a senior officer said, as violence killed 11 people.

“A military operation was launched… to eliminate the ISIL organisation and liberate Fallujah,” a senior army officer said, referring to powerful jihadist group the Islamic State of Iraq and the Levant.

“The operation will continue until an assault on Fallujah,” the officer said.

But such an assault is unlikely to occur soon, as security forces have struggled all year to retake territory in Anbar from militants.

And they would face major challenges in actually assaulting Fallujah, an operation that would likely cause massive damage to the city and carry significant risks of civilian casualties.

Shelling and clashes began in and around Fallujah about 3am (0000 GMT) on Friday and continued for hours, a tribal leader said.

Eight people were killed and 9 wounded, according to Dr Ahmed Shami of Fallujah’s main hospital

Militants subsequently seized parts of Ramadi and all of Fallujah, the first time anti-government forces have exercised such open control in major cities since the peak of the deadly violence that followed the US-led invasion of 2003.

In other violence on Friday, a roadside bomb exploded near an army patrol in Khales, northeast of Baghdad, killing 3 soldiers and wounding two, a police colonel and a doctor said.

The bloodshed comes during vote counting from the April 30 general election, the first since American troops withdrew in late 2011, and amid a protracted surge in nationwide unrest.

While officials are quick to blame external factors for the violence, analysts and diplomats say widespread anger among the Sunni Arab minority is also a key cause. – Rappler.com