7 dead in ‘mass murder shooting’ at US college town 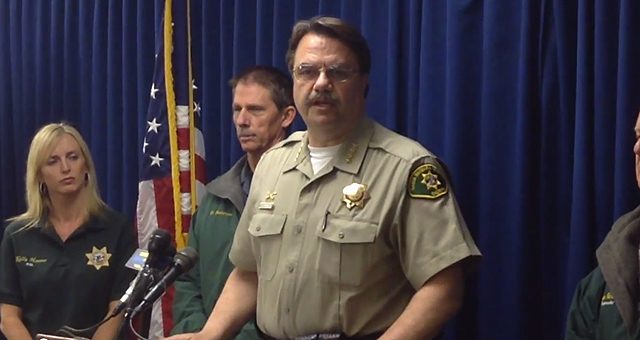 LOS ANGELES, United States – A gunman in a black BMW opened fire in a bustling beachside college community in southern California, killing 6 and injuring 7 in a drive-by shooting police suggested Saturday, May 24, was “a premeditated mass murder.”

The suspect also died after exchanging fire with police in Isla Vista, near the campus of the University of California Santa Barbara, authorities said. It was unclear whether the fatal shot was self-inflicted or delivered by police.

The as yet unidentified gunman sprayed bullets on pedestrians at multiple locations in the small oceanfront town as students and others were out partying on a Friday night.

“We have obtained and we are currently analyzing both written and videotaped evidence that suggests that this atrocity was a premeditated mass murder,” Santa Barbara County Sheriff Bill Brown told reporters.

“We have identified nine separate crime scenes,” he said, describing the situation as “chaotic.”

Among them was Nikolaus Becker, who was eating outside a restaurant near where the first shots were fired at about 9:30 pm local time (0430 GMT Saturday).

When a second round rang out moments later, police officers “yelled at us to get inside and take cover,” Becker told the Los Angeles Times.

Another witness, Robert Johnson, told a local affiliate of NBC that he saw the BMW stop in front of a deli and heard “somewhere between 12 to 20 shots (fired) into a group of people” who were eating in front of the establishment.

Sienna Schwartz, her voice breaking, recalled how she came face-to-face with the gunman.

At first, she told CNN, she thought the “little black pistol” he had was an airsoft gun.

“I turned around, and I started walking the other way. He shot, and I felt like – I just felt, like, the wind pass right by my face,” she recalled as she held back tears.

Authorities, who believe the shooter acted alone but have not released details on a possible motive, also are investigating a video allegedly posted by the suspect on YouTube.

The Santa Barbara Independent reported the video was posted the day before the rampage and that, in it, the shooter “laments his ‘life of loneliness, rejection and unfulfilled desires.”

In it, the publication claims, he blames women for rejecting him and instead throwing themselves at “obnoxious brutes.”

Police have not confirmed the authenticity of the video.

The shooter twice exchanged gunfire with police from his car before crashing into a parked vehicle.

When officers approached him, the suspect “was dead of an apparent gunshot wound to the head,” Brown said.

Police said they recovered a handgun from the suspect’s car.

The shooting hit as the academic year was winding down, with some students preparing for graduation ceremonies, while others were about to take final exams.

Located about 100 miles (160 kilometers) northwest of Los Angeles, the University of California Santa Barbara is home to over 20,000 undergraduate students, according to the institution’s website.

School shootings have become a tragic periodic occurrence in the United States in recent years, from the December 2012 massacre at Newtown, Connecticut, that left 20 small children dead to the Virginia Tech college shooting in April 2007 in which 33 people, including the lone gunman, lost their lives. – Rappler.com