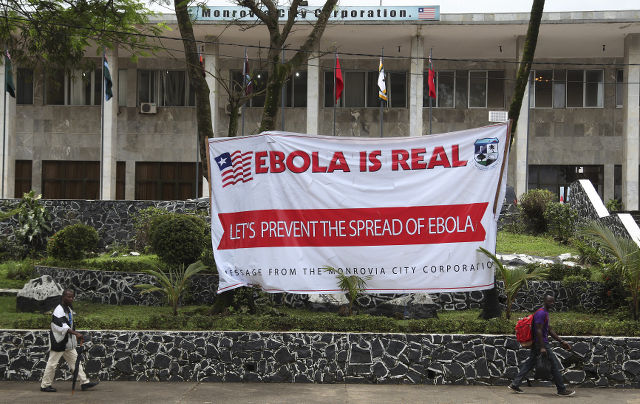 The leaders of 4 west African countries – Guinea, Sierra Leone, Liberia and Ivory Coast – meet in the Guinean capital Conakry Friday, along with the head of the World Health Organisation, Margaret Chan, to launch a $100-million joint plan to tackle the epidemic.

The meeting comes as US, German and French health authorities issued a warning on Thursday against travel to the three affected countries – Guinea, Liberia and Sierra Leone – to stop the disease spreading to their shores.

“It is like fighting a forest fire. If you leave behind even one burning ember, one case undetected, it could reignite the epidemic,” said Tom Frieden, the chief of the US’s top public health body.

Chan said hundreds more humanitarian workers would be deployed under the emergency plan.

A hospital in the southern United States said it was preparing to receive an Ebola patient “within the next several days” for treatment in its specialised containment unit.

Meanwhile Nigeria quarantined two people who had “primary contact” with a man who died of Ebola in Lagos last week as west Africa battled to tame the deadliest ever outbreak of the virus.

Guinea, Liberia and Sierra Leone are struggling to contain an epidemic that has infected more than 1,300 people since the start of the year, hit major cities and sparked alarm over its possible spread to other nations.

The WHO raised the death toll by 57 to 729 on Thursday, announcing that 122 new cases had been detected between Thursday and Sunday last week.

“The Ebola virus disease poses an extraordinary challenge to our nation,” Sierra Leone’s leader Ernest Bai Koroma said in a televised address to the nation.

“Consequently… I hereby proclaim a state of public emergency to enable us to take a more robust approach to deal with the Ebola outbreak.”

Koroma confirmed he had cancelled a trip to the summit of around 50 African leaders in Washington next week.

He announced a raft of measures as part of the state of emergency, including quarantining Ebola-hit areas and cancelling foreign trips by ministers.

Sierra Leone, which has seen 233 deaths, on Thursday buried medic Umar Khan, described by Koroma as a “national hero” who saved the lives of more than 100 Ebola patients before succumbing to the tropical bug.

The current outbreak of Ebola, which started at the beginning of this year, has killed 55% of those it has infected. The virus causes severe muscular pains, fever, headaches and, in the worst cases, unstoppable bleeding.

Although it is not a particularly robust virus — it is not airborne and can be killed with soap and hot water — it is spread through contact with bodily fluids, meaning anyone in close quarters with a patient could be at risk.

Fears that it could spread to other continents through air travel have been growing, with European and Asian countries on alert alongside African countries outside the Ebola crisis zone.

In Britain, Sierra Leone cyclist Moses Sesay was quarantined and tested for Ebola at the Commonwealth Games in Glasgow, before being given the all-clear, the athlete told a British newspaper.

Leading medical charity Doctors Without Borders warned the crisis would only get worse and said there was no overarching strategy to handle the outbreak.

Sierra Leone’s announcement came a day after Liberia, which has seen 156 deaths, said it was shutting all schools and placing “non-essential” government workers on 30 days’ leave.

A Liberian government spokesman told the Agence France-Presse that President Ellen Johnson Sirleaf had also cancelled her trip to the US-Africa summit and would instead send a deputy.

Guinea’s President Alpha Conde said he would keep to his commitment to be in Washington from Sunday but did not say whether he would personally attend the Ebola meeting beforehand.

The US Peace Corps announced Wednesday it was pulling hundreds of volunteers from Guinea, Liberia and Sierra Leone.

Elsewhere in Africa, Kenya, Ethiopia and Democratic Republic of Congo, home to some of the continent’s largest transport hubs, said they had enhanced screening at border points and airports.

Australia, which has already warned against travel to the Ebola-hit countries, said it was well prepared in the unlikely event that the virus should reach its country.

Togo-based pan-African airline ASKY, which serves 20 destinations, has halted all flights to and from Liberia and Sierra Leone following the death of a passenger from the virus.

If the virus crosses borders for the first time by plane, it could lead to new flight restrictions, the world aviation agency said.  – Rappler.com