Aug 7, 2014 10:26 AM PHT
Agence France-Presse
Facebook Twitter Copy URL
Copied
(UPDATED) Ellen Johnson Sirleaf: 'The scope and scale of the epidemic, the virulence and deadliness of the virus now exceed the capacity and statutory responsibility of any one government agency or ministry' 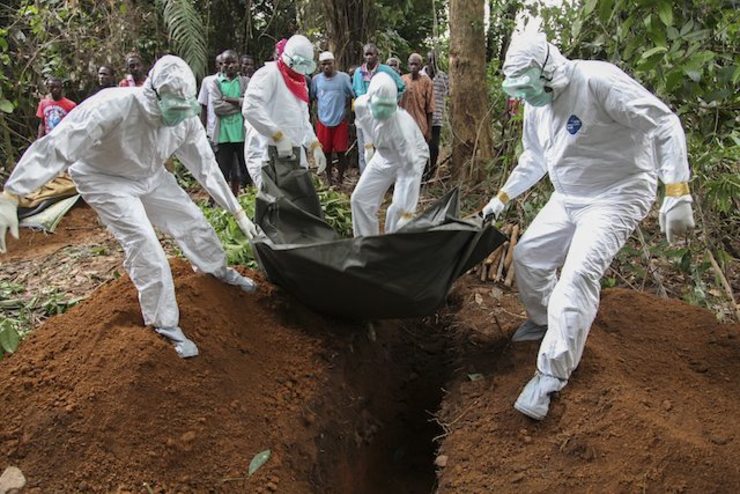 MONROVIA, Liberia (UPDATED) – President Ellen Johnson Sirleaf overnight Wednesday, August 6, declared a state of emergency in Liberia due to the deadly Ebola outbreak, warning that extraordinary measures are needed “for the very survival of our state”.

Speaking of “a clear and present danger” from the virus, she announced in a speech the state of emergency for a minimum of 90 days, which will be presented to parliament on Thursday, August 7.

Some 300 Liberians have been infected by the tropical disease, which has been raging in west Africa’s forests since the start of the year. More than half of those who have caught it have died.

“Ignorance, poverty, as well as entrenched religious and cultural practices continue to exacerbate the spread of the disease,” she added.

The Liberian leader had already called for three days of fasting and prayer to ask for divine intervention against her country’s deadliest-ever Ebola outbreak.

“The scope and scale of the epidemic, the virulence and deadliness of the virus now exceed the capacity and statutory responsibility of any one government agency or ministry,” she said in her state-of-emergency speech.

The latest official toll across west Africa hit 932 deaths since the start of the year, the World Health Organization said on Wednesday, with 1,711 confirmed cases, mostly in Guinea, Liberia and Sierra Leone.

Fears are rising that the disease is also taking hold in Africa’s most populous nation of Nigeria, after a second death among seven confirmed cases in Lagos. – Rappler.com