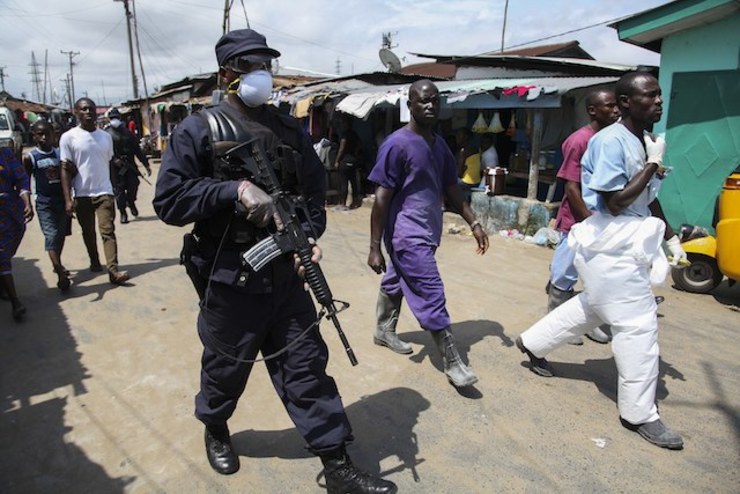 Earlier, Liberia’s Information Minister Lewis Brown announced the return of 17 missing Ebola patients, who had fled a medical facility in West Point on Saturday, August 16, after it was attacked by club-wielding youths.

Their disappearance had raised fears of a nightmare scenario of people with the highly contagious disease wandering the city, where unburied corpses have lain abandoned in the streets.

In Nigeria, meanwhile, a senior doctor who treated the country’s first Ebola patient has died, taking the death toll in Africa’s most populous country to 5, health minister Onyebuchi Chukwu said on Tuesday.

Chukwu said Liberian-American Patrick Sawyer, 40, was “the most senior who participated in the management of the (first Ebola) patient” in the country.

The World Health Organization said the tropical virus had killed 84 people in just three days, a surge that has pushed the overall death toll from the West African outbreak to 1,229.

Liberia has suffered the biggest toll, 466 deaths from 834 diagnosed cases. 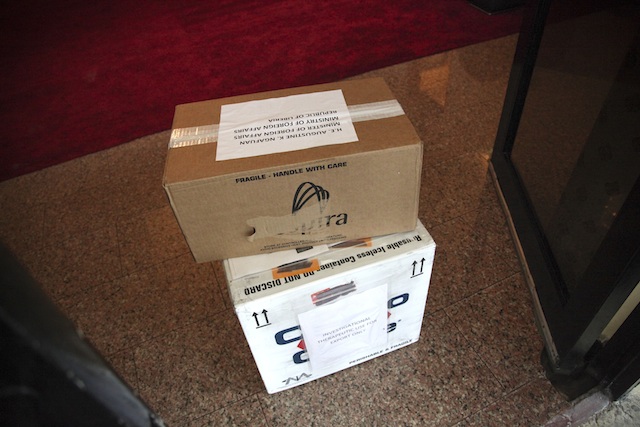 But, in a glimmer of hope, Brown said three doctors in Liberia who had been given the experimental US-made drug ZMapp were responding to the treatment.

The UN’s new point man on Ebola, David Nabarro, will travel to West Africa Wednesday hoping to shore up health services in the four countries hit by the worst-ever outbreak of the virus.

The British physician will fly to Dakar late Wednesday before heading to Monrovia, Freetown, Conakry and Abuja, accompanied by Keiji Fukuda from the World Health Organisation.

Nabarro said he would focus on “revitalizing the health sectors” in the West African countries, many of which have only recently emerged from many years of devastating conflict.

Efforts to contain the epidemic have also run up against local distrust of outside doctors, and stories of aid workers carrying the infection.

Such fears have often led to violence, with the raid on the medical facility in Monrovia’s West Point slum on Saturday the most dramatic example.

Wild rumors of cannibalism and people being drained of their blood in Ebola clinics have fueled panic, with health workers saying the testimony of survivors was crucial to proving myths wrong.

President Sirleaf warned that local rituals were among the factors spreading the disease.

“We have been unable to control the spread due to continued denials, cultural burying practices, disregard for the advice of health workers and disrespect for the warnings by the government,” she bemoaned.

WHO spokeswoman Fadela Chaib noted “encouraging signs” in Nigeria and Guinea, where prevention measures and work to trace lines of infection were starting to take effect.

The Nigerian outbreak has been traced to a sole foreigner, a Liberian-American who died in late July in Lagos. All subsequent Nigerian victims have had direct contact with him.

No cure or vaccine is currently available for the disease, which is spread by close contact with body fluids, meaning patients must be isolated.

Given the extent of the crisis, the WHO has authorized largely untested treatments – including ZMapp and the Canadian-made VSV-EBOV vaccine, whose possible side effects on humans are not known.

Quarantine cordons now limit travel to some of the most infected areas such as Gueckedou in Guinea, Kenema and Kailahun in Sierra Leone and Foya in Liberia.

But with supplies cut, many of the one million people living in the zones are struggling to feed themselves, Chaib said, and the World Food Programme was now stepping in.

Countries throughout Africa and beyond are on high alert, with the Equatorial Guinea airline, Ceiba Intercontinental, the latest to suspend flights to the whole region.

Some Air France flight crews are refusing to board planes bound for Guinea, Sierra Leone and Nigeria over fears of the Ebola outbreak, the airline said Tuesday.

On Tuesday, medical authorities in Spain said a man with fever who had returned from Sierra Leone had been placed in an isolation ward.

German experts said that a sick 30-year-old woman of West African origin who sparked an Ebola scare in Berlin was likely to be suffering from a gastrointestinal infection. – With Jonathan Fowler in Geneva, Switzerland, Agence France-Presse/Rappler.com