Aug 28, 2014 11:23 AM PHT
Facebook Twitter Copy URL
Copied
Health ministers from west African nations hit by Ebola will gather in the Ghanaian capital, Accra, on Thursday to discuss responses to the epidemic 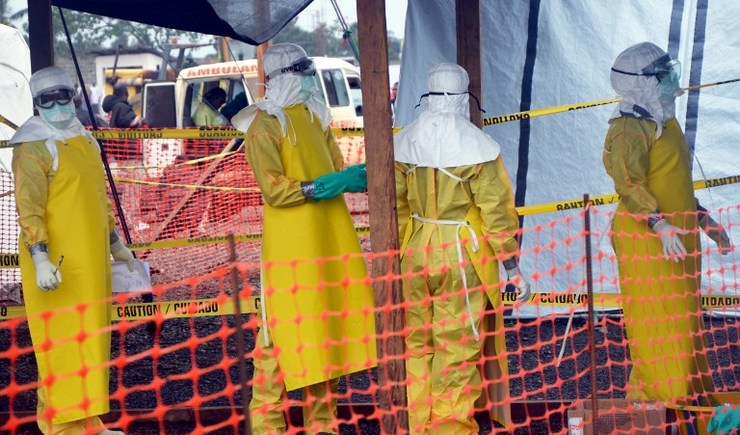 FREETOWN, Sierra Leone – The three nations at the center of the west African Ebola outbreak were left increasingly isolated Thursday, August 28, as more airlines suspended flights to the crisis zone.

Air France has agreed to Paris’s request for a “temporary suspension” of services to Sierra Leone, leaving its capital Freetown and Monrovia in neighboring Liberia with just one regular service, from Royal Air Morocco.

“In light of the analysis of the situation and as requested by the French government, Air France confirms it is maintaining its program of flights to and from Guinea and Nigeria,” the flag carrier said Wednesday.

Air France’s decision came a day after British Airways said it was suspending flights to Liberia and Sierra Leone until next year due to Ebola concerns.

Health ministers from west African nations hit by Ebola will gather in the Ghanaian capital, Accra, on Thursday to discuss responses to the epidemic.

Authorities in the worst-hit nations are scrambling to contain the most serious outbreak of the lethal tropical virus in history, which has killed more than 1,400 people since it erupted early this year.

The United Nations’ envoy on Ebola, David Nabarro, earlier this week took a swipe at airlines who have scrapped flights to Ebola-hit countries, saying the growing isolation “makes it difficult for the UN to do its work“.

Brussels Airlines normally runs four flights a week to Liberia and Sierra Leone and three to Guinea, but has also cancelled several services since Saturday, August 23, due to the closure of the Senegalese border.

The carrier said it would decide on its future schedule this weekend.

The company committed to providing three separate flights to Freetown, Monrovia and Conakry this week in response to passenger demand and to deliver 40 tons of medical supplies from the United Nations.

Only Royal Air Morocco has vowed to stick to its normal flight schedule – once a day to Conakry and every other day on average to Monrovia and Freetown.

“Our approach is supportive rather than mercenary,” airline spokesman Hakim Challot told Agence France-Presse, adding: “From Casablanca, the take-up of seats to these three countries is extremely low, around 10%”. 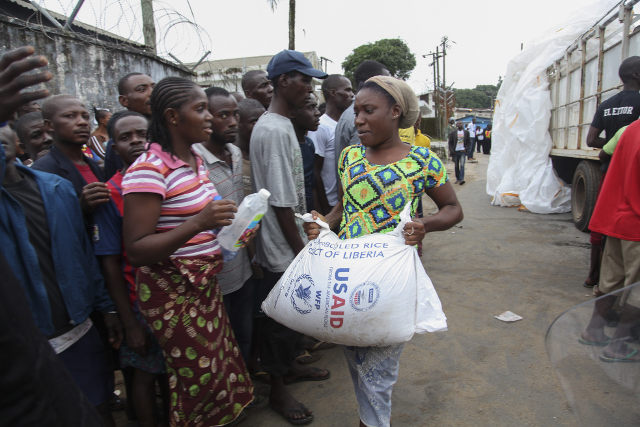 UN officials have pledged to step up efforts against the lethal tropical virus, which has infected more than 2,600 and killed 1,427 since the start of the year.

Liberia has been worst hit, with 624 deaths recorded. Guinea, where the outbreak was first detected, has reported 406 deaths, Sierra Leone has 392 and Nigeria five, according to the WHO.

The head of the US’s top public health body warned that the epidemic in Liberia was set to get worse and that many cases of the deadly disease had not been included in the official tally.

“The cases are increasing. I wish I did not have to say this, but it is going to get worse before it gets better,” Tom Frieden, the director of the Centers for Disease Control and Prevention, told a news conference in Monrovia.

“The world has never seen an outbreak of Ebola like this. Consequently, not only are the numbers large, but we know there are many more cases than has been diagnosed and reported,” he said.

Last week Democratic Republic of Congo said 13 people had died with symptoms of an unspecified hemorrhagic fever, and performed tests on dozens of others who had come into contact with them.

It subsequently confirmed two Ebola cases, but said they were unrelated to the epidemic currently ravaging west Africa.

Nabarro, who has already visited Liberia, Sierra Leone and Guinea as part of a tour of Ebola-hit nations, arrived in Nigeria on Wednesday, August 27.

Nigeria’s health minister warned against complacency in the country’s fight against Ebola, despite only one patient remaining in hospital isolation with the virus after seven patients recovered.

“Nigeria has been successful at containment. But have we eliminated the disease? No,” he told reporters, likening the situation to trapping a wild animal in a cage.

The emergency coordinator for Doctors Without Borders (Medecins sans Frontieres) in Sierra Leone, nurse Anja Wolz, has also warned in the New England Journal of Medicine that the international response to the outbreak is “dangerously inadequate”.

A Senegalese WHO doctor, who contracted Ebola in Sierra Leone, meanwhile arrived in a German hospital, the first patient with the virus to be treated in the country, said Hamburg health department spokesman Rico Schmidt.

And a health worker with the US Centers for Disease Control and Prevention returned to the United States after possible exposure to Ebola while also working in Sierra Leone, the agency said. – Rappler.com