Sep 16, 2014 6:12 PM PHT
Agence France-Presse
Facebook Twitter Copy URL
Copied
A total of 131 people were injured in the collapse of the hostel, which housed Nigerian and foreign followers of preacher and televangelist TB Joshua 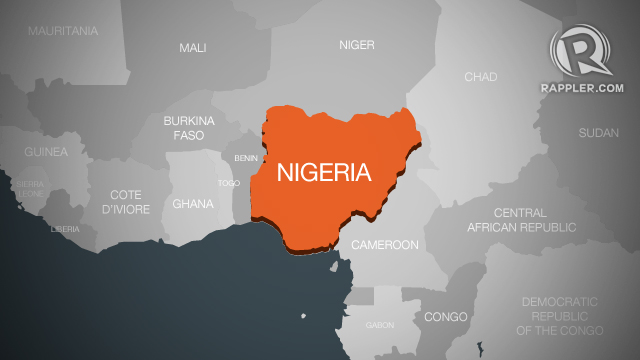 LAGOS, Nigeria –The death toll from a collapsed guesthouse at a megachurch in Nigeria’s financial capital Lagos hit 57 on Tuesday, September 16, rescuers said, as they held out hopes that more survivors would be found.

Eight bodies were pulled overnight from the rubble of a collapsed guesthouse at the Synagogue Church of All Nations in Lagos’ Ikotun neighborhood, Ibrahim Farinloye, southwest coordinator for the National Emergency Management Agency (NEMA), told the Agence France-Presse (AFP) by text message.

She was able to walk away from the collapse with just a broken wrist. The discovery prompted rescuers to slow down their digging in the wreckage of the guesthouse.

“It’s going to be slower because we believe we can recover more people alive by the grace of God,” Farinloye said, adding that rescuers were focusing on the area around the hostel’s restaurant, where previous survivors have been found.

A total of 131 people were injured in the collapse of the hostel, which housed Nigerian and foreign followers of the popular preacher and televangelist TB Joshua.

Joshua’s network of churches and a television station have attracted people from around the world to Lagos with promises of receiving miracles and prophecies from the man followers dub “The Prophet”.

Joshua has suggested that a low-flying aircraft was responsible for the collapse and released security camera footage apparently showing a plane flying four times over the hostel before its collapse.

Ikotun is located to the west of Lagos’s international aircraft.

The preacher has not commented directly on the deaths and initially claimed that only a few people were injured but on Sunday tweeted: “No matter how long a lie is sustained, truth will someday prevail.”

Rescuers say the building was overburdened by additional floors being constructed on top of its existing foundations.

Lagos state government officials are investigating the cause of the collapse. – Rappler.com