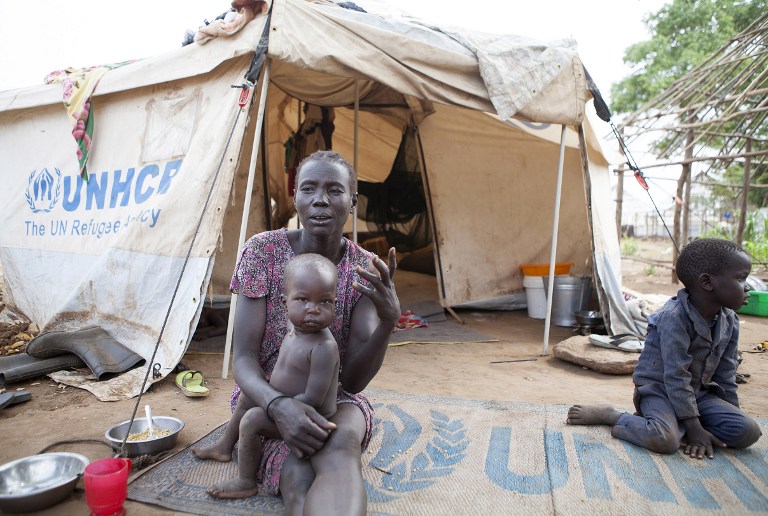 WASHINGTON DC, USA – Nations vowing to wipe out poverty in Africa have failed to come through with sufficient aid, an international advocacy group said in a report released Monday, October 6, urging them to make good on their pledges.

In the report, “Financing Africa’s Future: The Fight Against Poverty,” the ONE campaign lamented setbacks in the fight to eradicate extreme poverty around the world and called for a renewed drive to that end.

The advocacy organization of nearly 6 million people – cofounded by Bono of the music group U2 – aims to end extreme poverty and preventable disease, particularly in Africa, and is funded by foundations, individual philanthropists and corporations.

ONE said that some progress has been made, noting that the proportion of people living on less than $1.25 a day has been halved over the past two decades. It praised such countries as Britain, Japan, Germany, Norway France, Canada, Australia and the Netherlands for increased aid.

Still, the European Union collectively fell short on its aid commitments by $52.5 billion in 2013, the report said, putting in danger the goal of ending extreme poverty by 2030.

The report also found that even when aid was delivered, it often failed to go to people in the greatest need – those living in the world’s least developed countries (LDCs). It called for a 50 percent increase in aid for this group, totaling an additional $22 billion.

“Next year, we want world leaders to agree an ambitious and inspiring set of development goals that deliver for the very poorest,” said Sara Harcourt, ONE’s policy director and an author of the report.

The report also blamed African governments for not prioritize their spending on essentials that could help save lives and boost the fight against extreme poverty.

“Public spending by African governments should be targeted towards the fight against poverty,” said Dr Sipho Moyo, Africa Executive Director at The ONE Campaign.

“In this regard, spending on agriculture is critically important for unlocking value chains, thus creating decent jobs and viable business opportunities, helping to secure a future for millions through inclusive economic growth.”

The group said that just six of 43 countries met their own spending goals on health, and only eight had met their goals on agriculture.

An additional $54.8 billion would have been mobilized for health if all sub-Saharan African countries had met their promises between 2010 and 2012, the ONE campaign said. – Rappler.com