Pope to shoppers: Don’t buy products made by modern-day slaves

Dec 11, 2014 7:31 AM PHT
Agence France-Presse
Facebook Twitter Copy URL
Copied
In an address for the New Year, the Pope will say that despite the financial crisis, consumers should think twice before buying 'items which may have been produced by exploiting others' 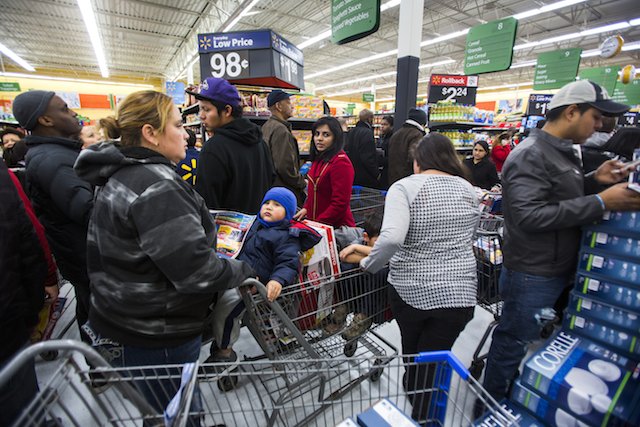 VATICAN CITY – As the January sales season nears in the West, Pope Francis will call on shoppers not to buy products which may have been made by modern-day slaves – whatever the savings.

In a speech to be delivered on January 1 entitled “No longer slaves, but brothers and sisters,” the Pope will say that despite the financial crisis, consumers should think twice before buying “items which may have been produced by exploiting others.”

For their part, businesses “have a duty to be vigilant that forms of subjugation or human trafficking do not find their way into the distribution chain.”

His message, published by the Vatican on Wednesday, December 10, slams “the growing scourge of man’s exploitation by man,” an “abominable phenomenon” covering everything from forced prostitution to child soldiers and slave labour in factories.

He warns that a common source of slavery is “corruption on the part of people willing to do anything for financial gain.”

He notes that slave labour and trafficking “often require the complicity of intermediaries”, pointing the finger at “law enforcement personnel, state officials, or civil and military institutions.”

According to the 2014 Global Slavery index, published last month, nearly 36 million men, women and children are trapped in modern-day slavery, the definition of which ranges from forced marriages to people coerced into prostitution, fighting wars or manual labour like picking cotton.

The 77-year-old pope calls for better cooperation between countries to combat “the transnational networks of organized crime” and bemoans the “context of general indifference” in which tales of slavery are heard.

In the speech he says his thoughts go to refugees and migrants “deprived of freedom”, who “in order to remain within the law, agree to disgraceful living and working conditions” as well as those rendered “objects of trafficking for the sale of organs, for recruitment of soldiers, for begging.”

“I think also of persons forced into prostitution, many of whom are minors, as well as male and female sex slaves… (of) women forced into marriage, those sold for arranged marriages and those bequeathed to relatives of deceased husbands,” he says. – Rappler.com