Business interest piqued by prospect of US, Cuba trade 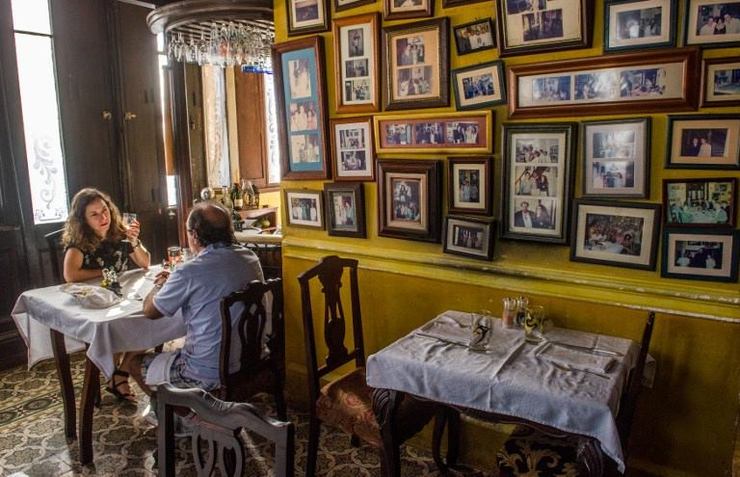 MIAMI, United States – US businesses are lining up to take advantage of the enormous investment potential of Cuba, all but untouched for more than half-a-century by American capitalism.

No sooner was the historic announcement made, than the American business community began assessing Cuba’s untapped markets.

Emilio Morales, president of the Miami-based Havana Consulting Group, described a “tsunami” of interest among investors, particularly in Florida, just 90 miles (144 kilometers) from the island.

No-one, he said, wants to miss out on such a market, fueled by decades of pent-up demand.

“There are a lot of people in the US business community who are in panic,” said Morales, who told Agence France-Presse (AFP) that since last week, his phone has been ringing off the hook.

The president of the US Chamber of Commerce, Thomas Donahue, representing business groups and companies, also spoke of a barely-contained enthusiasm to invest in Cuba.

“The chamber and its members stand ready to assist as the Cuban people work to unleash the power of free enterprise to improve their lives,” he said in a statement.

The Small Business Administration, another interest group, was equally upbeat about the investment prospects.

“The best way to ensure opportunity and democracy in Cuba is by empowering the Cuban people –- rather than denying them access to resources,” said SBA President Maria Contreras-Sweet.

“At the same time, American businesses, small and large, stand to gain access to an important new market for goods and services only 90 miles from our shores.”

America’s farm states are particularly keen to sell corn, wheat, soy and other crops to Cuba, which has to import much of its food.

And there also has been interest from US technology firms in Silicon Valley in a market that is decades behinds the United States with respect to its high-tech infrastructure.

Morales said, however, that it may take many months before investors get to make good on that dream of increased trade, because of legislative hurdles in the United States.

“They want to hurry up, but it’s not like that. There is an entire process that’s only getting started now and that will last at least a couple of years,” Morales said.

An act of Congress is needed to repeal the economic and travel embargo, put place a half-century ago and then strengthened in 1996 with the Helms-Burton Act.

Last week, Obama described the trade embargo as “self-defeating,” but acknowledged that a congressional repeal would not be easy.

There is substantial opposition in Congress to doing away with the embargo – particularly from the powerful bloc of Cuban-American lawmakers who want the administration to extract more concessions from the Havana government.

Chief among them is prominent Republican Senator Marco Rubio, incoming chairman of the US Senate’s Foreign Relations Committee’s subcommittee on Foreign Operations, who has vowed to do whatever is necessary to block normalization of relations.

Still, experts point to an altered business climate in just the few days since Obama announced the seismic policy shift.

There has been a “dramatic change in the tone of the conversation,” said Pedro Freyre, a Cuban American attorney with the international division of the Akerman law firm.

One of the areas poised for the most dramatic growth is tourism.

Even with the embargo, there are already more than 90,000 US citizens who travel to Cuba each year.

That number is expected to grow once the Obama administration eases restrictions on how much they can spend and on the Cuban products they can bring home.

In the past few years, President Raul Castro already has put some reforms in place, allowing private restaurateurs, beauticians and other small business people to open up their own shops.

He also has relaxed some restrictions on travel outside the country and granted permission for Cubans to to sell real estate and cars for the first time in nearly 50 years.

But the creation of Cuba’s nascent free market is nothing to the growth anticipated once the embargo is dismantled.

“The market will grow,” said Morales, adding: “The process is going to take a while.” – Rappler.com