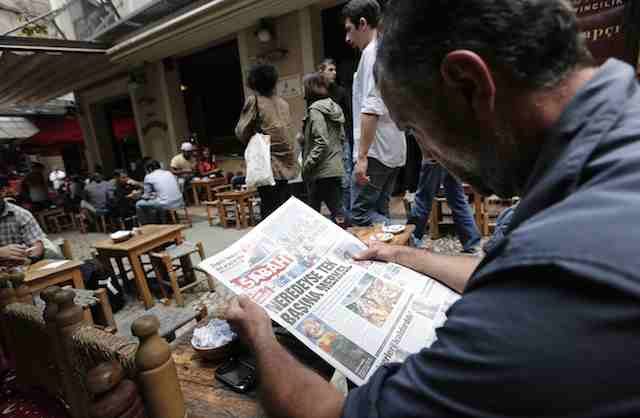 Facebook Twitter Copy URL
Copied
Frederike Geerdink, who writes for Dutch, Turkish and English-language media, writes on Twitter that she had been arrested following a search of her house

ISTANBUL, Turkey — A Dutch reporter based in Kurdish-majority southeastern Turkey on Tuesday, January 6, said she had been arrested on charges of making propaganda for a “terrorist group.”

Frederike Geerdink, who writes for Dutch, Turkish and English-language media, wrote on Twitter that she had been arrested following a search of her house.

“terrorism police just searched my house, team of 8 guys. they take me to the station now. charge: ‘propaganda for terrorist organisation’,” she wrote. There was no immediate confirmation of the arrest by the authorities or any further subsequent tweets from Geerdink.

Geerdink is based in the southeastern city of Diyarbakir and specializes in writing about the Kurds as well as the separatist Kurdistan Workers Party (PKK) which is banned by Turkey as a terrorist group.

Geerdink’s announcement of her arrest came hours after Erdogan had declared at a meeting of ambassadors in Ankara that “there is no freer press, in Europe or elsewhere in the world, than in Turkey.”

The controversy also erupted as Dutch Foreign Minister Bert Koenders was in Ankara for talks with his Turkish counterpart. — Rappler.com