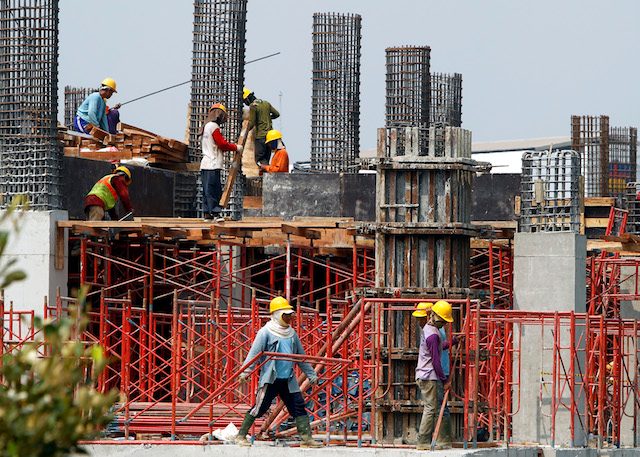 Southeast Asia’s biggest economy expanded 5.01% year-on-year,the statistics agency said, down from 5.8% in 2013, and the weakest pace since 2009, at the height of the global financial crisis.

Indonesia’s economy, long a bright spot among the Group of 20, has been slowing in recent years as the price of its key commodity exports are hit by weakening demand in regional powerhouse China and other major markets.

With exports subdued, there were also worries about a stubborn current account deficit and the impact of high interest rates put in place to shore up the rupiah, which has tumbled against the dollar in expectations of tighter US monetary policy.

The economy was also dragged by a long-running presidential election, which took 6 months and two polls and led many firms to hold off investment until a successor was know.

Eyes will now be on Jokowi, a reformist and former businessman who won the presidency on a platform of putting the economy back on track by cutting red tape and improving infrastructure.

The former governor of Jakarta wasted little time in cutting huge fuel subsidies – long seen as a weight on growth – saving billions of dollars, which he has pledged to divert to improving ageing roads, ports and railways.

He increased the price of petrol and diesel by more than 30% in November. A month later, buoyed by huge falls in global oil prices, he cut the subsidy for petrol entirely.

The leader is also seeking to make life easier for investors, and this month launched a national “one-stop service” for business permits.

Previously, firms often had to seek licences from numerous different agencies and ministries before they could invest, a complex and time-consuming process.

His government has also pledged to plough money into the manufacturing sector, as it seeks to transform the commodity-dependent economy.

Nevertheless, observers point out that huge challenges remain, not least the endemic corruption and vested interests that have in the past hampered attempts at reform in Indonesia.

Wellian Wiranto, an economist from OCBC Bank in Singapore, said the 2014 growth figure looked like “quite a deceleration” compared to previous years and it would be hard for Indonesia to reach rates of above six percent this year.

But he was positive about future prospects.

“From fiscal rationalisation, involving bold subsidy cuts to infrastructure build-up, as well as measures to pull in more (foreign direct investment), these take time to bear fruit but will ultimately put the economy on a more even keel,” he told AFP.

Before Thursday’s data, the statistics agency had updated its base year for GDP calculations from 2000 to 2010, which they said could lead to a small difference in the final figure. –Rappler.com