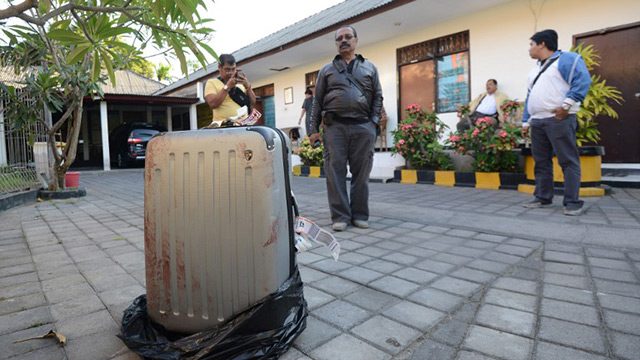 Facebook Twitter Copy URL
Copied
He says it was self-defense, as the victim attacked him in anger because she objected to his relationship with her daughter

DENPASAR, Indonesia – An American man confessed in an Indonesian court on Thursday, March 12, to killing his pregnant girlfriend’s mother, in a grisly case in which the victim’s battered body was found in an abandoned suitcase on the resort island of Bali.

Tommy Schaefer and Heather Mack, both from Chicago, are being tried separately and have been charged with premeditated murder in the death of Shiela von Wiese-Mack. (READ: US teen held in Bali suitcase killing ‘assaulted’ in custody)

Schaefer has argued self-defense, telling the court Wiese-Mack attacked him in anger because she objected to the couple’s relationship.

“She squeezed my neck for about 20 to 30 seconds so I couldn’t see because my eyes were watering,” Schaefer said, describing through an interpreter the moments leading up to the murder.

“She wanted to reach for a bowl but I reached it before she did. I couldn’t see so I just swung it.”

Mack, who is 8 months pregnant, told a court hearing on Wednesday that Schaefer had killed her mother after she had threatened to kill the couple’s unborn baby, according to media.

Bali police conducted a 4-month investigation into the killing that included a re-enactment with the defendants at the luxury hotel where Wiese Mack’s body was found.

Other evidence submitted to prosecutors included CCTV footage showing the couple speaking to a taxi driver after dropping the bloodied suitcase along with other luggage outside the hotel.

The pair could face the death penalty if found guilty of the murder, which took place in August of last year.

The body of Wiese Mack was found on August 12, stuffed into a suitcase in the boot of a taxi in front of the five-star St. Regis hotel in the upscale Nusa Dua resort area of Bali.

The victim was half naked, had several wounds to her head, and appeared to have put up a struggle, a doctor said.

She had been staying in the hotel with Mack and Schaefer. 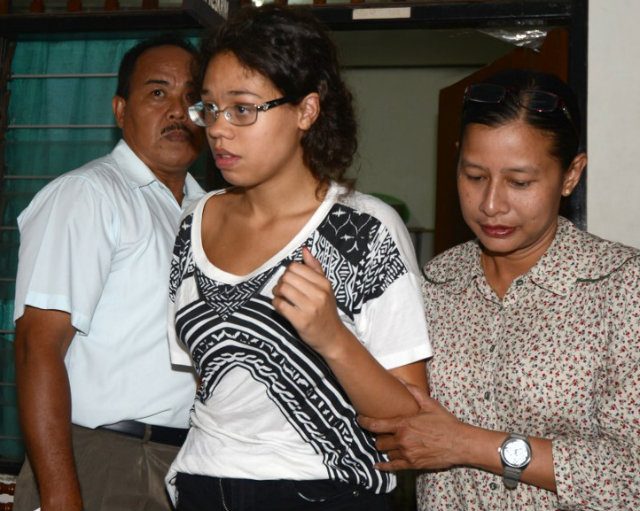 Wiese Mack and her daughter stayed in the hotel together for several days before the boyfriend joined them on August 11, according to police. Wiese Mack was recorded on CCTV arguing with Schaefer in the hotel lobby the same night.

The next day, the couple were checking out and sent several suitcases down to a taxi, allegedly including the one that contained the victim.

The body was discovered when the couple failed to show up at the waiting taxi, police said. They were seen on CCTV leaving the hotel via a stretch of beach at the back of the property, instead of the main entrance.

Police launched a hunt and the pair were found sleeping at a hotel in the tourist area of Legian, north of Nusa Dua. – Reports from Reuters and Agence France-Presse