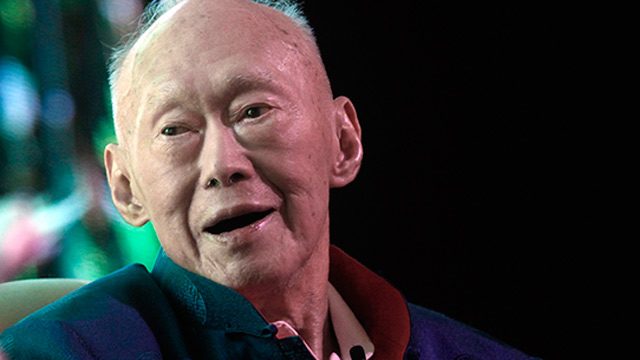 Facebook Twitter Copy URL
Copied
The prime minister, who is also the late Lee's eldest son, responds to a variety of suggestions in parliament, including naming Singapore's famed Changi Airport after the patriarch

The prime minister, who is also the late Lee’s eldest son, was responding to a variety of suggestions in parliament, including naming Singapore’s famed Changi Airport after the patriarch who died on March 23 at age 91.

Other ideas included naming more landmarks and institutions after Lee, putting his face on Singapore dollar notes and coins and designating a founder’s day in his honour.

“These are all good ideas. But we should not rush into making decisions on this matter, especially so soon after Mr Lee has passed away,” Prime Minister Lee said.

“We should allow some time to pass, consider the ideas carefully and make calm, considered decisions which will stand the test of time.”

The senior Lee, who was prime minister from 1959 to 1990, is credited with transforming the tiny city-state from a poor British colonial outpost into one of Asia’s wealthiest countries. (READ: Lee Kuan Yew and the Singapore he built)

His lying-in-state at parliament and funeral prompted an unprecedented outpouring of grief from hundreds of thousands of Singaporeans.

Legislators have since echoed calls from the public to honour Lee.

A petition on the website change.org to rename the airport gathered nearly 12,500 signatures.

But the prime minister said it was too soon to decide.

“I think we need some time to pass, we need to have some overall sense of perspective and history… not just in the next few months but really in the next few decades,” he said. – Rappler.com