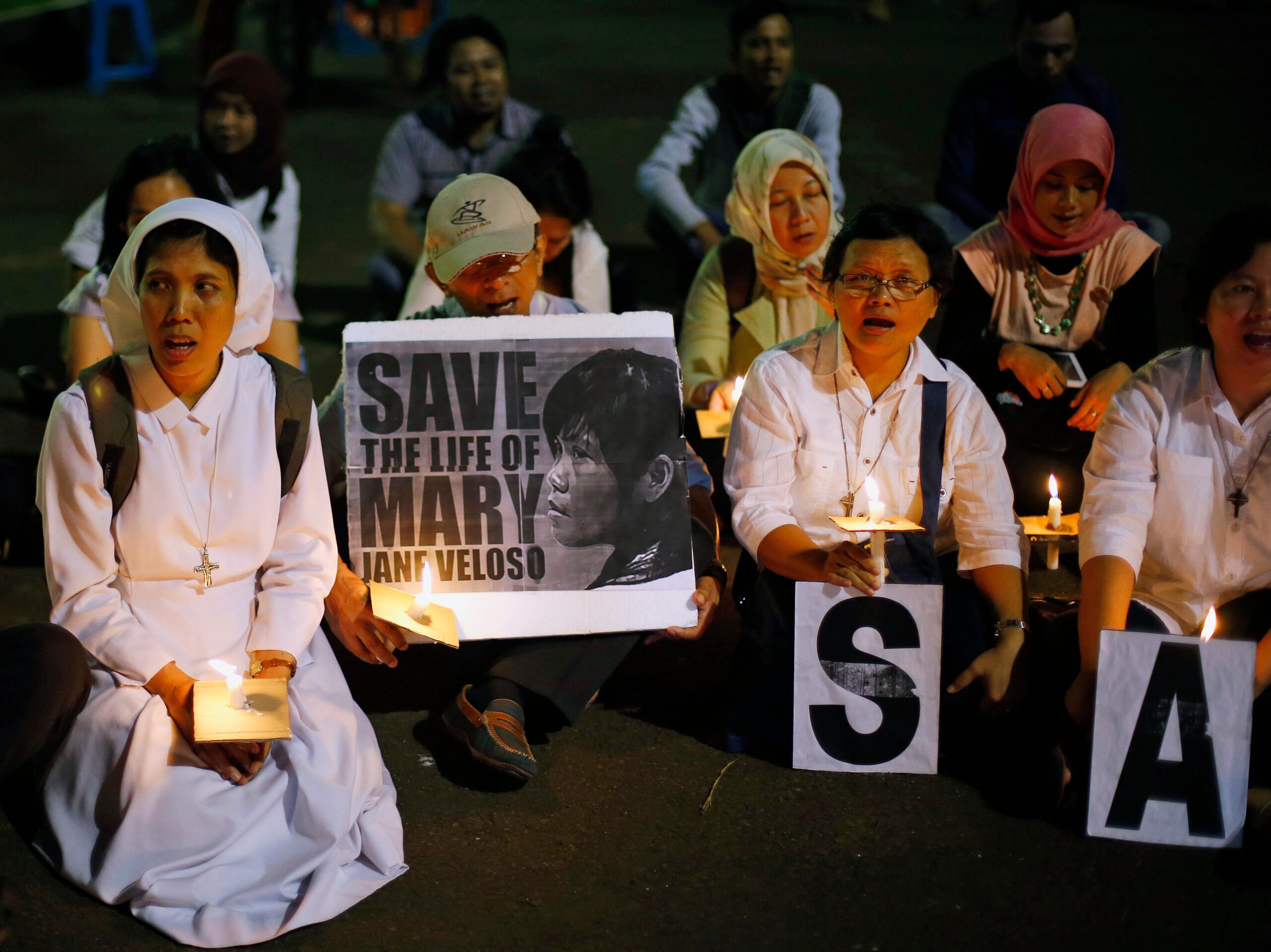 JAKARTA, Indonesia – Indonesian President Joko Widodo decided to delay the execution of Filipino convict Mary Jane Veloso to ensure that she gets “justice,” following new developments in her case in her home country.

Widodo made the statement on Wednesday, April 29, as he maintained that he “listens and pays attention to human rights activists” – amid condemnation by human rights groups and foreign governments whose nationals were executed just hours before.

The Cabinet Secretariat released Widodo’s statement on the Veloso case in its official Twitter account on Wednesday, April 29, several hours after the Indonesian government announced the delay in Veloso’s execution.

Veloso’s alleged recruiter, Maria Kristina Sergio, surrendered to police on Tuesday. The Philippines’ Department of Justice is set to begin its preliminary investigation on Sergio and two others allegedly involved in the Veloso case on May 8.

Sergio, her partner Julius Lacanilao, and a certain “Ike” have been charged with human trafficking, illegal recruitment, and estafa. (READ: African, two others accused of trafficking Mary Jane)

“President Jokowi listens and pays attention to the human rights activists who keep guarding him in doing his constitutional duties. The President believes a synergy like this must be maintained in the future,” the statement said.

It added, “In human rights issues, the President asks activists to keep giving inputs to him while making decisions.”

Tedjo Edhy Purdijatno, Indonesia’s Coordinating Minister of Political, Legal and Security Affairs, clarified that the delay in the execution “does not cancel the death penalty” on Veloso.

Asked how long the process would take, he said, “Don’t ask when. It’s still in the coordination process. The case in the Philippines will take some time too.”

He said that following Sergio’s surrender, “we will question Mary Jane as a witness.”

Eight convicts were executed in the wee hours of April 29, among them Australian nationals Myuran Sukumaran and Andrew Chan, for drugs offenses. This was strongly condemned by the Australian government and others. (READ: Indonesia executes foreign drug convicts, defying global anger)
In an unprecedented step, Australia recalled its ambassador to Indonesia. Prime Minister Tony Abbott said Australia’s relationship with Jakarta “has suffered as a result of what’s been done over the last few hours.” – with reports from Abdul Qowi Bastian/Rappler.com