Will world now pressure Myanmar over the Rohingya? 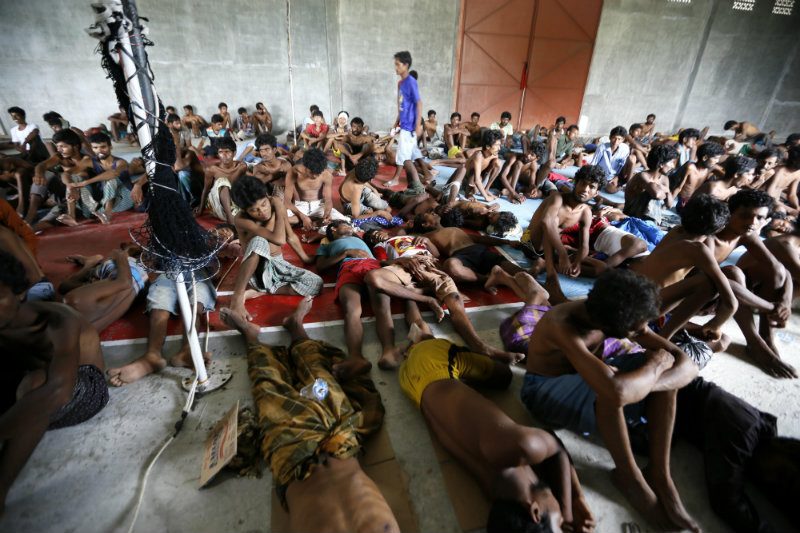 Facebook Twitter Copy URL
Copied
Human Rights Watch says it's time for ASEAN and the rest of the world to demand that Myanmar stop abusing the Rohingya, otherwise the problem will continue

JAKARTA, Indonesia – As relief greeted Malaysia and Indonesia’s announcement that they would stop turning away boatpeople, Human Rights Watch warned that the problem would repeat itself unless the root cause was addressed.

Wednesday’s announcement – that Malaysia and Indonesia would offer temporary shelter for a year to some 7,000 boatpeople still at sea – has been hailed as a breakthrough in the pressing humanitarian crisis.

But Human Rights Watch’s deputy director for Asia, Phelim Kine, said the problem would continue unless the international community stepped up its response to what caused it: “A local domestic human rights problem in Burma that has been left festering by ASEAN and its neighbors for years”. (FAST FACTS: Who are the Rohingya?)

“ASEAN, including Indonesia, Malaysia and Thailand, need to speak up forcefully and demand that the Burmese government stop abusing the Rohingya within their borders,” he told Rappler on Wednesday, May 20.

The 10-member Association of Southeast Asian Nations, which Burma or Myanmar is a member of, and its principle of non-interference has been blamed for allowing the problem to fester. Neighboring countries have also tip-toed around the issue. (READ: ASEAN’s disgraceful inaction on Rohingya refugees)

For instance, in the joint statement released by Malaysia and Indonesia on Wednesday, they said the “root causes” of the migrant exodus must be addressed, but they did not mention what those were or single out a specific country, according to AFP.

With Myanmar’s neighboring countries now suffering the cost of years of timid diplomacy and turning a blind eye to the human rights crisis in their backyard, will they finally speak up?

Kine said they should, but it’s not just them who should step up. “It’s a regional problem but there is also an important role for the European Union, the United States, for Japan – these are countries that have influence, that have leverage on the Burmese government,” he said.

“They, to a large extent, have been cutting the Burmese government a blank check in terms of how it treats and abuses its Rohingya population.”

Kine said there’s still a lingering sense that the current Myanmar government is a gentler, kinder version of its former self.

“The Rohingya, and their abuse, really put the lie to that narrative. And now we see what happens when you neglect that problem,” he said.

The US doesn’t mince words when it comes to blaming the Myanmar government’s treatment of the Rohingya for the crisis.

“In the medium to longer run, absolutely, what needs to change here is that the Rohingya need to feel welcome in the country of their birth, of their parents’ birth. They need to be treated as citizens with dignity and human rights,” Tom Malinowski, Assistant Secretary of State for democracy, human rights and labor, told CNN on Tuesday.

But the question is, how far will the US, as well as other countries, go in terms of pressuring Myanmar to achieve a real solution to the problem? – Rappler.com