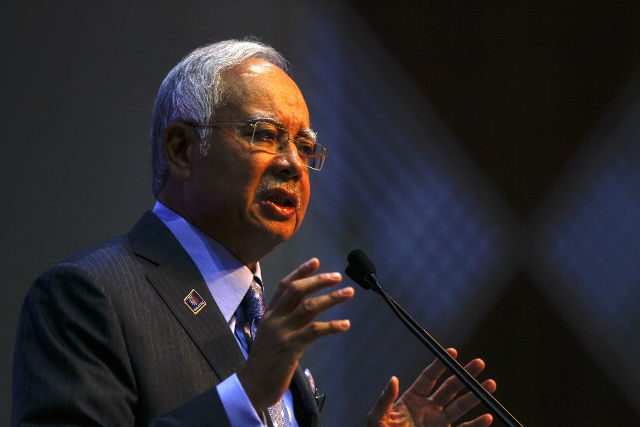 KUALA LUMPUR, Malaysia – A task force is investigating allegations that a probe into a Malaysian state-controlled investment fund found hundreds of millions of dollars were transferred to the prime minister’s personal bank accounts, the attorney general has said.

The allegations have set off a storm in Malaysia, with premier Najib Razak threatening to sue the Wall Street Journal for publishing the report, while one of his deputies called on authorities to investigate the claims.

Attorney General Abdul Gani Patail said in a statement late on Saturday, July 4, that a multi-agency task force was probing “the allegations linked to the flow of funds into the personal accounts of Prime Minister Najib Razak”.

The WSJ has reported that nearly $700 million moved through government agencies, banks and companies linked to the investment vehicle, 1Malaysia Development Bhd (1MDB), before ending up in Najib’s accounts.

Najib has dismissed the report as “political sabotage” and 1MDB has denied any wrongdoing.

“I have advised the special task force to follow up on the next course of action,” Abdul Gani said in the statement, which was issued in Malay.

“The investigation will focus on every aspect raised. I am confident the multi-agency task force will enable the investigations to be carried out in a professional and in-depth manner,” he added, without elaborating.

In its report, the WSJ cited documents it said it had obtained, including bank transfer forms and flow charts prepared by government investigators.

The newspaper said the original source of the money was unclear, and noted that the government investigation did not detail what happened to the funds that allegedly went into Najib’s accounts.

Najib’s office said in a statement that the claims were an effort to “undermine confidence in our economy, tarnish the government, and remove a democratically elected prime minister”, and dismissed them as “political sabotage”.

One of the prime minister’s aides, meanwhile, said Najib would take legal action against the US newspaper.

“The report was most malicious and unsubstantiated, with weak and dubious sources. We will take action according to the law,” Muhammad Khairun Aseh, political secretary to Najib was quoted as saying by the Malay-language daily Sinar Harian Saturday.

1MDB has said it had not transferred any funds to Najib.

“To suggest otherwise, as some media outlets have done, is highly irresponsible and a deliberate attempt to undermine the company,” it said in a statement.

‘We want the truth’

Deputy Prime Minister Muhyiddin Yassin, the second-most-powerful member of Najib’s party, piled on the pressure in comments published Sunday calling on authorities to investigate the allegations in the WSJ report.

“We want the truth. This is a very serious allegation that can jeopardize his credibility and integrity as prime minister and leader of the government,” Muhyiddin said, according to the Sunday Star newspaper.

1MDB was launched in 2009 by Najib, who still chairs its advisory board. Critics say it has been opaque in explaining its dealings.

It is reeling under an estimated $11 billion debt, which has weighed on the ringgit currency, which tumbled to its lowest level since July 2005 on Friday, amid allegations of mismanagement and murky overseas transactions.

Critics including powerful former premier Mahathir Mohamad have called for criminal investigations, but both Najib and 1MDB have denied wrongdoing in the past, saying the company is on a solid footing.

Under pressure, Najib earlier this year ordered his auditor-general to examine 1MDB’s books. Its report has not yet been released. – Rappler.com