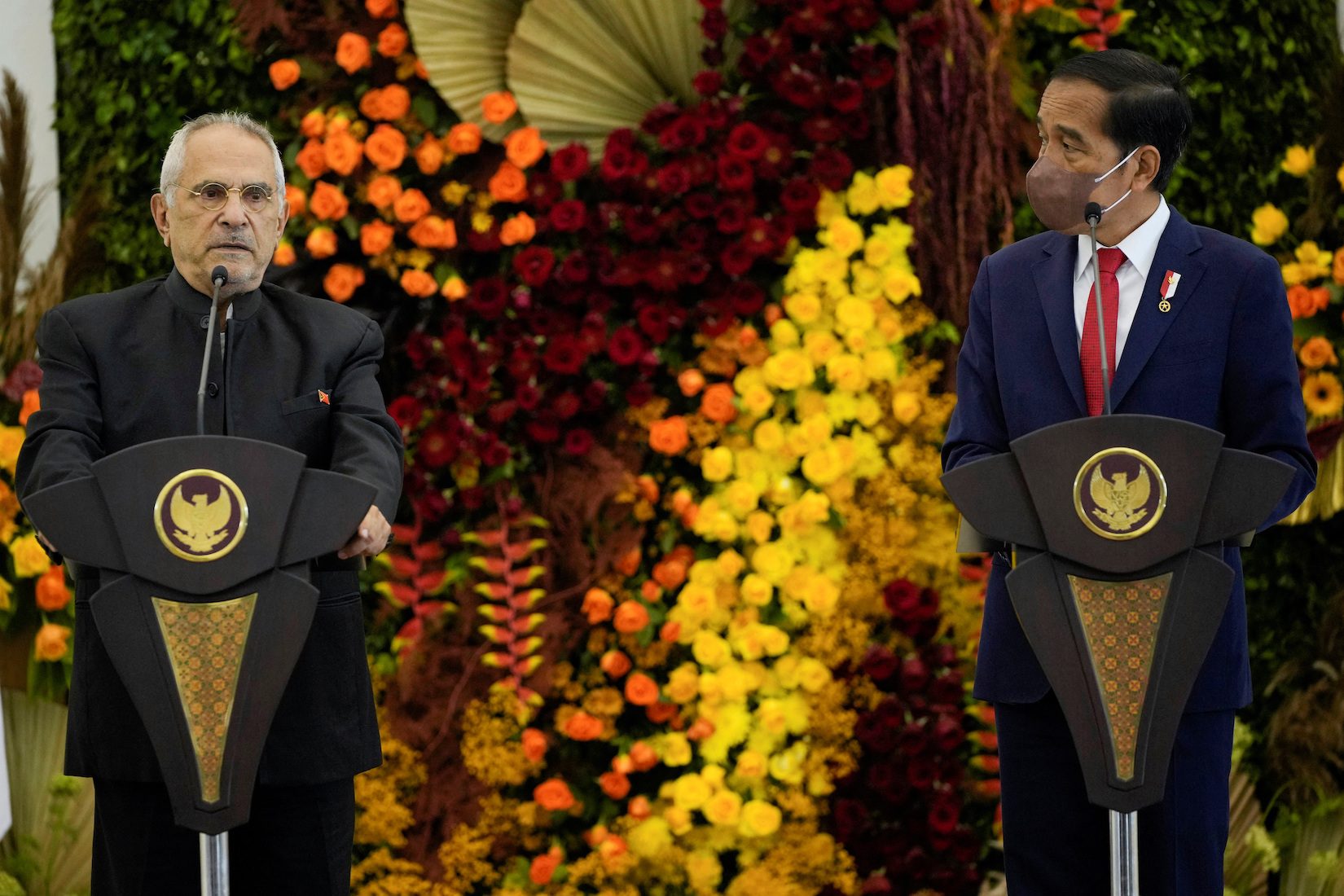 BOGOR, Indonesia – East Timor President Jose Ramos-Horta said on Tuesday, July 19, during a visit to Indonesia that he hoped to boost trade ties between the countries and seal a decades-long bid by his nation to join the Association of Southeast Asian Nations (ASEAN) next year.

Ramos-Horta met his counterpart Joko Widodo on his first state visit to neighboring Indonesia since he was elected in April for a second stint as president.

He previously served as president of East Timor, which is also known as Timor Leste, between 2007 and 2012.

“Timor Leste as part of Southeast Asia has fulfilled many of the requirements necessary for a functioning economy and democracy so… will be a productive member of ASEAN,” he said, noting he hoped his young country could join the group when Indonesia takes over the presidency next year.

Speaking at the presidential palace in Bogor, south of Jakarta, the Indonesian president said his country had invested $818 million in East Timor, mainly in energy, banking and communication businesses.

“We’ve agreed to increase trade between both countries,” said Widodo, who is widely known as Jokowi.

Official Indonesia data shows trade between the countries was worth around $250 million last year.

Heavily dependent on revenue from oil and gas, the half-island nation of 1.3 million people has grappled with diversifying its economy and reducing high rates of poverty.

Indonesia invaded the former Portuguese colony in 1975 and East Timor only gained full independence in 2002 after a long and bloody struggle to end an often brutal occupation.

Ramos-Horta, who won a Nobel Peace Prize for his peaceful efforts to end the conflict, said he welcomed deepening trade ties with Jakarta and Indonesia’s commitment to East Timor joining the 10-member ASEAN regional grouping. – Rappler.com