Tension rose in Thailand as pro-democracy protesters tried to get close to the country’s parliament, where lawmakers debated possible reforms to the constitution.

Is the political turmoil in Thailand reaching its turning point?

We bring you the latest from Thailand, and across the region, on Dateline Southeast Asia, our dynamic wrap of the latest in the region each week.

INDONESIA: Pfizer vaccine not likely to be procured due to lack of refrigerators

A top executive at a state-owned pharmaceutical company said that Indonesia would likely not procure the Pfizer-BioNTech vaccine once it becomes available, as the country has no refrigerators cold enough to store it, reported the Jakarta Globe.

The Pfizer-BioNTech vaccine, which was announced to have 95% effectiveness in its latest clinical trial, requires a storage temperature of minus 70 degrees Celsius. Indonesia does not have the cooling facilities for this.

It was the first mass gathering in the kingdom since Prime Minister Prayut Chan-o-cha warned authorities would use all laws, including harsh royal defamation charges, to crack down on pro-democracy protesters.

Since August, emboldened by a broader political protest movement sweeping Thailand, a group called the “Bad Students” have campaigned for the resignation of Education Minister Nataphol Teepsuwan, demanded cultural change, equality, a curriculum overhaul and relaxation of strict rules. 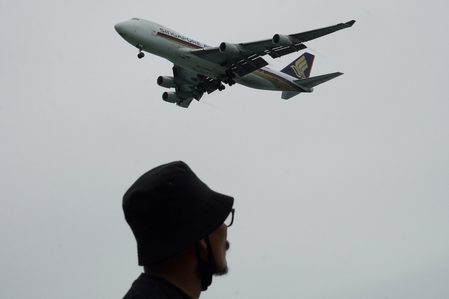 Dozens of parrots stuffed into plastic water bottles have been discovered on a ship docked in Indonesia’s Papua region, authorities said Friday, November 20

Police in the town of Fakfak said the vessel’s crew reported hearing noises coming from a large box where 64 live black-capped lories and another 10 dead birds were found Thursday morning. Black-capped lories are a type of parrot native to New Guinea and nearby smaller islands.

“The ship’s crew told us that they suspected there were animals inside the box as they heard strange noises,” said local police spokesman Dodik Junaidi.

THAILAND: ‘Bad Students’ get education in the streets of Bangkok

Meet Benjamaporn “Ploy” Nivas, a mild-mannered teenage girl with owl glasses, whom Thailand’s ultra-conservative school system has cast as a troublemaker for daring to express herself.

The Asia-Pacific Economic Cooperation (APEC) gathering, hosted this year by Malaysia, is held online because of the COVID-19 pandemic. It brings together 21 Pacific Rim countries, accounting for about 60% of global GDP.

Beijing has become the main driving force behind the trade grouping after the United States began withdrawing from multilateral bodies during Trump’s presidency. Read the full story here.

A Cambodian newspaper publisher who made critical comments about Prime Minister Hun Sen on Facebook has been sentenced to 18 months in prison, according to a report by VOANews

A Phnom Penh Municipal Court on Wednesday, November 18,  jailed Ros Sokhet for incitement and ordered him to pay a fine of $500 (2 million riels), said Sam Sokong, a lawyer for the journalist. Sokhet runs the Khmer-language news website Cheat Khmer.

Vietnam has minimized the economic damage from COVID-19 and is the only country in Southeast Asia on track for growth this year.

A BBC report said Vietnam’s economy is expected to grow 2.4% this year, according to latest figures from the International Monetary Fund.

The IMF credited “decisive steps to contain the health and economic fallout from COVID-19” for the country’s success. Vietnam has had only 1,288 Covid-19 cases and 35 deaths.

A Philippine citizen, Liny Paengkusan Camaono, 30, and a Thai, Thanyares Saiyanoi, 22, were arrested for running a company that allegedly scammed people into investing in a loan business from an office in Bangkok’s Asoke area, Immigration chief Police Lieutenant General Sompong Chingduang said on Wednesday, November 18.

In a report by The Nation, Sompong said: “Immigration police acted on a tip-off from Philippine victims who live in Thailand that the company named Filipino Cooperative Investment Loan, which was registered by the two suspects, had allegedly scammed them into investing in a loan business that boasted of giving 15% profit within a month.”

“The company would pay the profit as promised in the first few months but then stop and cut off all contact with the victims,” he said.

The government should abandon the idea of making it compulsory for all foreign workers to wear identifying wristbands in a bid to contain the spread of COVID-19, says Lawyers for Liberty (LFL).

The LFL made statement after Malaysian Senior Minister (Security) Datuk Seri Ismail Sabri Yaakob announced that the government is considering making it compulsory for all foreign workers to wear wristbands.

In a report by The Star, LFL coordinator Zaid Malek said: “This chilling suggestion essentially means that the government is legalizing or formalizing prejudicial profiling under the pretext of combating COVID-19. Not only will (migrant workers) be made easy targets for harassment by the authorities, they will also be susceptible to discrimination by the general public.”