Facebook Twitter Copy URL
Copied
Rappler faces attacks more than ever, but it is backed by a community strong as ever

At siege, but not alone.

On its 10th anniversary celebration on Friday, January 7, Rappler’s leaders toasted to the communities that made it possible even as it faced relentless attacks from the government.

“We will push back. We will not allow for us to be on the receiving end of all these attacks. We will not allow ourselves to be alone in this fight,” Rappler community head Jules Guiang said during an anniversary panel, moderated by Rappler’s former head of social media, Stacy de Jesus. 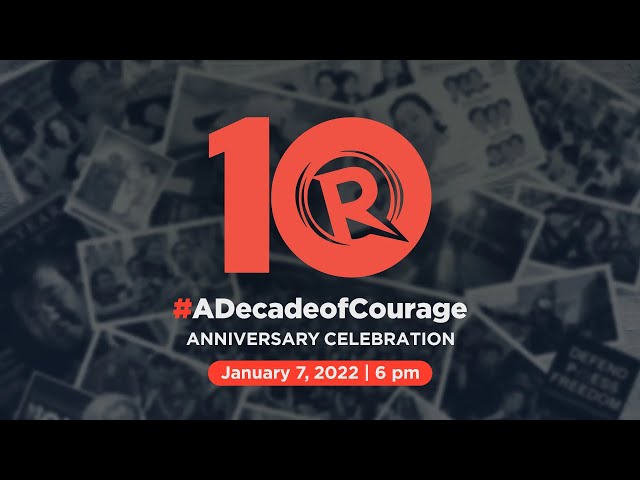 From its founding in 2012, Rappler has put community-building at the heart of its journalism, headlined for years by MovePH as it allied with advocacy groups and even the government in pursuing projects for the interest of Filipinos – from poverty alleviation, to answering hunger, to climate response, to fair elections.

But with the strongman Rodrigo Duterte rising to the presidency and with Facebook gearing its algorithms in favor of disinformation, Rappler and its community faced a flood of attacks, while Filipinos were plunged into an online world rife with hate and lies. (READ: Propaganda war: Weaponizing the internet)

“I still think it (social media) can be used for good, but right now… we really need to address this shift and this problem with disinformation,” said Gemma Mendoza, Rappler’s head of digital strategy.

“We were driven into echo chambers. Instead of working together, the differences were highlighted and not the communication, not the points of unity. And it’s very important to get to that point again. Societies cannot function without those bridges and we need to build bridges,” Mendoza added.

In this pursuit, Leni Velasco, the secretary-general of advocacy group Dakila, emphasized the need for “human connection” – establishing deep connections online rich enough that they would lead to collaborations outside the internet.

In its 10th year, Rappler has gathered a community of over 50 organizations across the political spectrum; it has also become a leading newsroom for press freedom. It plans to deepen these new connections as it continues to fight for its founding advocacy of social media for social good.

“Number 1, Since we’re building coalitions, we amplify the efforts of each other. This should not be a competition. Number 2, we go beyond our circles. When you’re talking to your own network, you are preaching to the choir already. We don’t need more enemies now, we need more alliances,” Guiang said.

“Something big is at stake now. It’s our democracy,” he added. – Rappler.com