Why John Lloyd and Bea Alonzo are the Philippines’ kilig royalty MANILA, Philippines – Kilig defies easy translation, but you have to admit it – it lies at the core of our movie obsessions.

Broadly defined as “exhilarated by an exciting or romantic experience; thrilled, elated, gratified,” kilig is what makes love teams tick. It’s that tug in the heart we feel each time we see our favorite pair on the giant screen or even when they show their flaws in the real world.

But is kilig all there is to a love team’s success?

With beginnings traced back to the zarzuela, love teams have long been part of Filipino pop culture.

One of the Philippines’ most famous love teams today, for example, is the team-up of John Lloyd Cruz and Bea Alonzo.

In an online survey conducted by The Nerve, the two were voted as the “greatest love team of all time.”

Following them in second place – and just in time for their upcoming film this August – is the KathNiel pair, Daniel Padilla and Kathryn Bernardo.

Survey respondents chose the Bea-John love team not just because of the kilig factor.

Most respondents (55%) said they’re the best because they’re good actors. Kilig as fuel for that choice only came second.

With awards from FAMAS, Star, FAP, and even the Gawad Urian – considered the most prestigious given its panel of critics and film scholars – the two actors are clearly not just banking on mere looks or gimmickry.

The videos below show memorable moments from their movies.

How about with other partners?

The Bea-John Lloyd love team has also been the most productive.

Data from 2000 to 2018 shows that, compared to other love teams, Bea and John Lloyd were featured in the most number of films together.

Navigate the data through the visualization below. The size of each celebrity node is scaled based on its total number of connections. The thickness and color shade of each connection grows more intense the more movies a pairing has shared.

Though Bea and John Lloyd appeared in the most number of movies together, data also shows they do well with other partners. John Lloyd has a strong pairing with Sarah Geronimo. They have been in 4 movies so far. These include the trilogy entitled, A Very Special Love, and the movie Finally Found Someone. Some actors who have so far been paired solely with each other.

They’re the outliers, the pairings that could be above as being isolated from the main network. KathNiel – second for both “greatest love team of all time” and number of movies produced – belongs to this preset. So do James Reid and Nadine Lustre, aka JaDine. Solo act Looking at the crisscrossing networks of stars who’ve paired up in movies, we see that through time, celebrities reach a point in their careers when their fans no longer identify them with a partner. This is the case for Piolo Pascual and Jennylyn Mercado. Actors like them, as well as Derek Ramsay, have built their recent filmography to contain more unique pairings rather than love teams (12 for Ramsay, and 11 each for Mercado and Pascual). 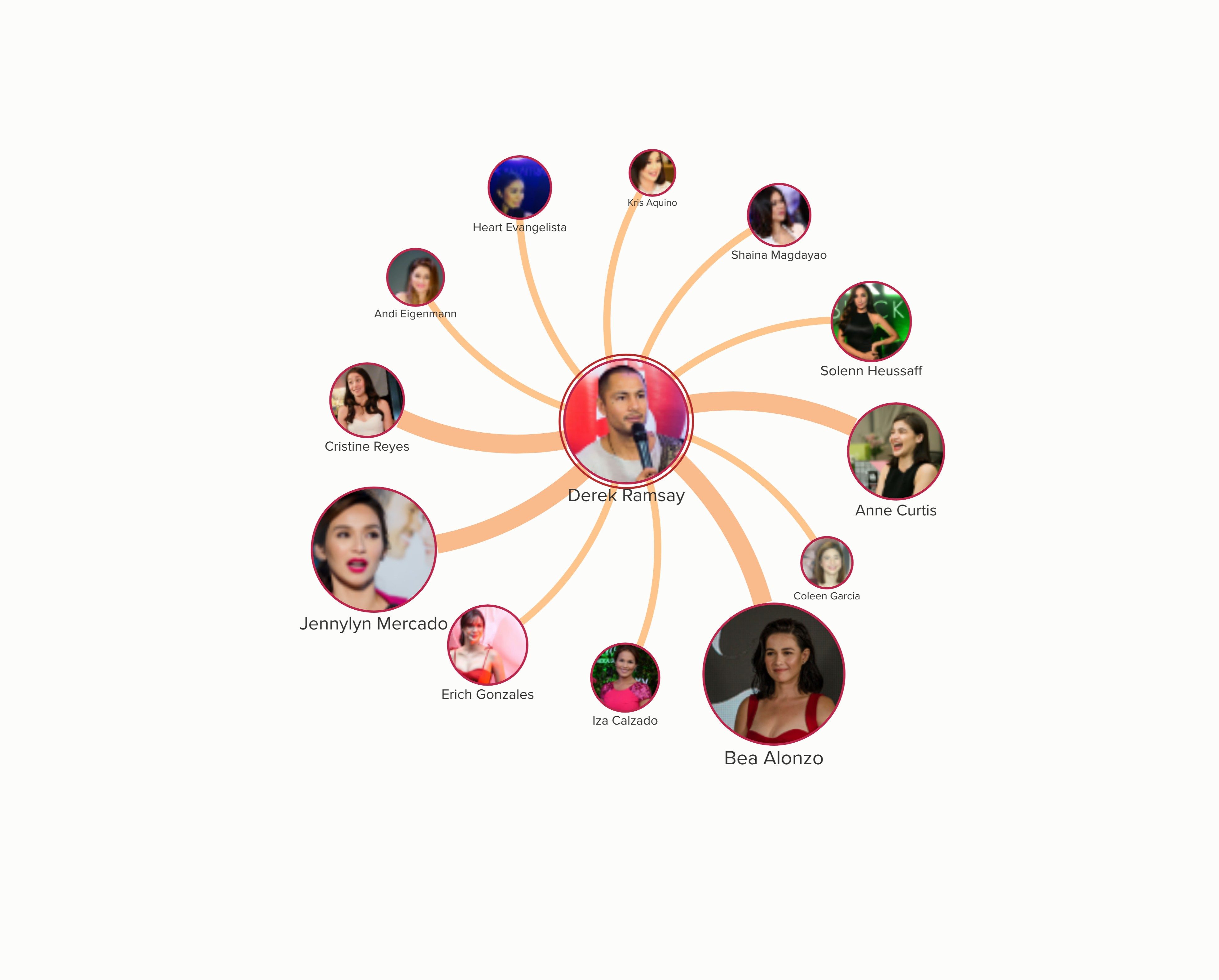 In the past, celebrities would just be paired with another partner after their previous love team dissolves. (Case in point: Kim Chiu moving from Gerald Anderson to Xian Lim.) More recent projects now allow celebrities to carry their own films regardless of who their partners are. Filmmakers also now experiment outside the kilig formula by using established celebrities in untested pairings (e.g., Sid and Aya). Love teams like JaDine and KathNiel, who banked on the kilig factor, are also taking on more movies with mature themes to showcase their acting skills. Uncoventional pairings Solo actors, untested pairings, genre shifts — all these lure audiences to an experience beyond kilig. This is the new love team landscape: we see celebrities with smaller projects continuously trying to find a proper love team partner, as well as fledging love teams and bigger celebrities doing multiple projects with multiple partners.

The resurgence of independent cinema, which is always proud to forego industry conventions, has also contributed to the rise of unconventional pairings.

All this tells us that kilig isn’t the sole factor for a love team’s success.

Fans are discerning enough to appreciate more than the giddy feeling that the love teams evoke.

This, however, doesn’t invalidate kilig. A love team was even launched to global sensation because of kilig – AlDub. But what happened to it? We’ll talk about that in our next story. – Rappler.com

Next: ‘What happened to AlDub?’

The survey and data visualization cited in this story was conducted by The Nerve, a data insights company, in partnership with Rappler between July 16 to 24, 2018. It is not incentivized and is served only to readers who visit the Rappler site when the survey is being served. Given the 3,447,600 who visited Rappler within the time period, to achieve at least a 95% confidence level with a 5% margin of error, the sample needed is 384. All the survey questions have more than 384 respondents.

Data featured in the visualization on actors and movie pairings was collected from IMDB and Wiki lists of Filipino films from 2000-2018. Only pairings from movies tagged with “romance” or “romantic” were considered. For a celebrity pairing to be considered a love team, a pairing must be top-billed or central to the film’s marketing (posters, social media, press releases). 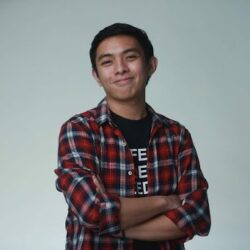