Japan and the ASEAN: Economic partners Facebook Twitter Copy URL
Copied
As it celebrates its 50th anniversary this year, the regional coalition continues to build stronger economic ties with partners including Japan

MANILA, Philippines – This year, the Association of Southeast Asian Nations (ASEAN) celebrates its 50th anniversary and continues to be on a path of greater integration between its ten members: Brunei, Cambodia, Indonesia, Lao PDR, Malaysia, Myanmar, Philippines, Singapore, Thailand, and Vietnam.

To celebrate this momentous occasion, the heads of state of the 10 ASEAN member countries and their partners from Australia, USA, South Korea, New Zealand, Russia, India, China and Japan will be in Clark Air Base, Pampanga from November 10 to 14 for the 31st ASEAN Summit and the Twelfth East Asia Summit.

The ASEAN’s combined GDP makes it one of the largest and fastest-growing economies in the world and it continues to be an attractive market and investment destination for leading economies, such as Japan.

Japan’s foreign direct investment (FDI) remains significant within the ASEAN. From 2013 to 2015, Japanese FDI within the region amounted to $19.2 billion, or 15.4% of total inbound investment in the market. This also represents 16.7% of Japan’s total overseas investment.

“Over the last two decades, just as Japan has increased its trade ties with ASEAN member countries, investment into Japan from Southeast Asian based companies has increased. Opportunities in the Japanese market across a range of industries continue to attract investment from our neighbors,” says Masataka Fujita, Secretary General, of the ASEAN Promotion Centre on Trade, Investment and Tourism (ASEAN-Japan Centre). “We intend to work even closer with our friends across the region to encourage business partnerships, trade and investment.”

The Philippines has been particularly cited to be an important consumer market for Japan, due to our young, educated population.

Japanese companies invest heavily in production value-chain projects and electronic, automotive, and chemical industries within the region. Get to know some of these economic partners below. Who they are: A subsidiary of US-based KEMET Corporation. Involved in the development and production of electric components. Tokin manufactures capacitors, electro-magnetic components (EMC), piezoelectric devices, and sensor actuators. These are used for industrial equipment and devices for environment, energy, and medical care.

Why they matter in the ASEAN: Tokin’s global growth is dependent on its facilities in Thailand and Vietnam, which represent 50% of total production.

Growth plan: Their goal is to penetrate the Western market and serve the world’s largest companies soon. “While 50% of our customers are currently Japanese, our relationship with KEMET Group will allow us to access customers in Europe and the Americas,” says Shigenori Oyama, President of TOKIN Corporation Who they are: The company was formerly called Century Tokyo Leasing Corporation, but they changed their name to reflect their expanding suite of financial services. Financing is the foundation of economic growth, especially for small to medium enterprises. There’s a rising need for more dynamic financial products in Southeast Asia that TCC hopes to address.

Why they matter in the ASEAN: Aside from being involved with various financial groups and transportation services in the region,Tokyo Century Corporation has also established a partnership with Grab, Southeast Asia’s leading ride-hailing platform. Who they are: A leading logistics company in Japan. They move goods and services around the world and are present in 261 cities across 42 countries.

Why they matter in the ASEAN: Last year, Nippon launched their Global Logistics Innovation Centre in Singapore to better serve their market outside Japan. “The center aims to develop market-research and strengthen our business ties with multinational firms which are establishing regional headquarters in Singapore,” explains Shinjiro Takezoe, General Manager of Global Business Administration Division (International Business Headquarters) of Nippon Express.

Growth plan: The company aims to expand beyond Singapore and open hubs in Indonesia and the Philippines. They’re also striving to invest in eco-friendly cars and develop “green logistics” – services that are less harmful to the environment. 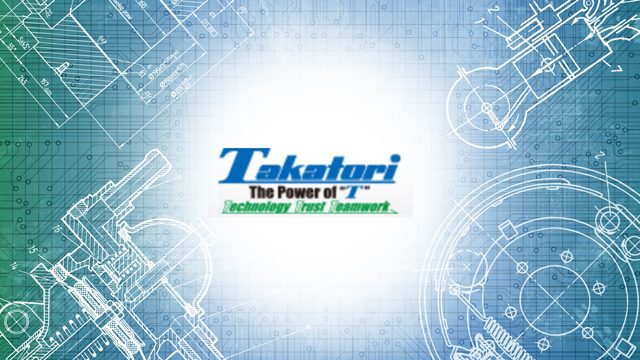 Who they are: A manufacturer of high-precision cutting equipment, semiconductors, and panel display equipment. Takatori serves a global market and their sales strategy is based on a network of trusted distributors, some of which are from Southeast Asia.

Why they matter in the ASEAN: The region remains an important market for developing Takatori’s advanced technologies. In Malaysia and the Philippines, for example, their products are used in automobiles, smartphones, tablets, medical equipment, LED products, and more.

Growth plan: “Southeast Asia is vital to the growth of our business,” says Makoto Masuda, President and Representative Director of Takatori Corporation. “In the textiles and semiconductor industries, our high-precision machines deliver hugely competitive production rates. We contribute to our customers’ production targets by stabilizing their operations and delivering quality after-sales service.” Who they are: The company is involved with a wide variety of industries. Along with their primary business in the design, development and engineering of advanced automation systems, variable speed drives and large rotating machinery, they’re also investing in renewable energy, paper manufacturing, and more.

Why they matter in the ASEAN: TMEIC has solar power, sugar mill, and water treatment operations in Thailand. They’re also exploring investing in the mining and power sectors in Laos and Myanmar respectively.  “Our next target market will be the Philippines as the current administration is very pro-business and we see the number of investment projects increasing, including material handling, renewable energy and mining,” says says Stefano Poli, outgoing President and Managing Director of TMEIC Asia.

Growth plan: The company’s foray into renewable energy is a step in the right direction, as global initiatives to reduce carbon emissions go into full force. Solar power solutions are in demand, and TMEIC’s photovoltaic (PV) inverter has been recognized three years in a row by Frost & Sullivan, a global research firm. Who they are: A popular premium cosmetics brand in Japan.They currently hold the number on position in 6 out of 8 major department stores in the country. They also celebrated their 60th anniversary last year.

Why they matter in the ASEAN: Last year, Southeast Asian tourists helped grow the brand’s sales by 9 billion Yen ($79 million). Albion currently has two branches in Singapore and two in Malaysia.

Growth plan: “Albion products are highly-valued by the medical and academic communities, however with the shrinking Japanese population, it is important for us as a company to reach out to Southeast Asian markets. In order to engage with new customers, we plan to significantly expand our network across Asia and ensure our products are available in high-end stores across the region,” says Shoichi Kobayashi, CEO of Albion Co. Ltd. Who they are: The company specializes in manufacturing connectors. Last year, on their 50th anniversary, Iriso moved up from the JASDAQ Securities Exchange to the first section of the Tokyo Stock Exchange. This year the company is focused on growing their business, global network, and consumer base.

Why they matter in the ASEAN: Iriso currently has manufacturing and research and development facilities in 12 countries. “Singapore remains our key center for sales to ASEAN member countries and we continue to provide high-quality connectors that play important functions within electronic devices,” says Sadao Sato, Iriso Electronic’s Founder, Chairman and Chief Executive Officer.

Growth plan: The company plans to invest in more innovative technologies, such as car electrification and Advanced Driver Assistance Systems. They also want to be a key player in the Internet of Things evolution. Who they are: From manufacturing bicycle tires and inner tubes, INOAC Corp. has evolved into a global leader in rubber goods – they supply polyurethane, rubber, plastic, and new material products and technologies to a wide range of clients.

Why they matter in the ASEAN: INOAC Corp. has 27 production facilities in Southeast Asia. The company’s  overseas sales accounts for two-thirds of its total revenue, with the Southeast Asian region responsible for 30% of this business.

Growth plan: The company eyes more localization to improve delivery to its ASEAN clients. “We have developed strong technical know-how with many of our products and we work closely with local partners to assist them as they grow their business,” says Soichi Inoue, Chairman and CEO of INOAC Corp. Who they are: JPX is the financial instruments exchange group under which Tokyo Stock Exchange (TSE) and Osaka Exchange (OSE) operate.

Why they matter in the ASEAN: The JPX has had a physical presence in Singapore for over 20 years. During this time, numerous governments, exchanges, and others in related industries throughout Southeast Asia have offered JPX their unfettered support.

Growth plan: In 2015, JPX gained clearance from the Monetary Authority of Singapore to convert their TSE and OSE representative offices into official branches – in anticipation of Singapore’s continued economic growth and the then-impending establishment of the AEC. – Rappler.com