What is bottom trawling and why is it destroying our oceans? 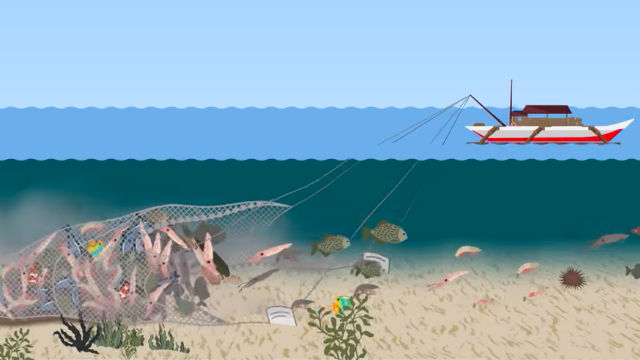 MANILA, Philippines — Pollution, global warming, overfishing – these are just some of the threats to our oceans and seas today.

Corpses of whales, turtles, and other marine life are getting washed ashore, their bodies full of plastic cups and bags. Large parts of our oceans are covered in oil spill while factories and industry plants’ continue to deposit their discharge sewage into our waters.

Experts say that half of The Great Barrier Reef has already died since 2016 because of mass coral bleaching. Moreover, the Food and Agriculture Organization of the United Nations says that 31.4 percent of fish stocks are overfished.

Demands by consumers greatly affect the overfishing of certain species such as tuna, groupers, sardines, and anchovies but it really all boils down to the fishing effort being practiced by fishermen.

According to World Ocean Review, “the term ‘fishing effort’ comprises the combination of the structure of the fleet within a given fishery, the fishing gear and fishing technology used, and the amount of time spent fishing.”

Some of the most destructive means of fishing include cyanide fishing where fish are stunned so they would be easier to catch alive, dynamite finishing which kills fish and its environment, and bottom trawling which is a method that uses huge nets that are being dragged along the seabed, destroying habitats.

Why is bottom trawling one of the biggest threats to our oceans?

Since fishing boats employ large fishing gear that scrape the bottom of the ocean, they force all marine life into their nets. While these trawls are often used to catch shrimp and squid, they do so at the expense of our marine habitats and end up dragging all manner of sea life including baby fish, urchins, sea turtles, and more.

This method has long been wreaking havoc in our oceans. Not only does it severely destroy seafloor habitats and catch anything it comes into contact with, but it also causes conflicts among fisherfolk.

Watch this video to learn more about how you can help #BanBottomTrawl:

And bottom trawling doesn’t only happen in other countries, it’s also widely practiced in the Philippines and according to a report by the DA-Bureau of Fisheries and Aquatic Resources (BFAR): one of the biggest threats to the nation’s sustainable seafood. 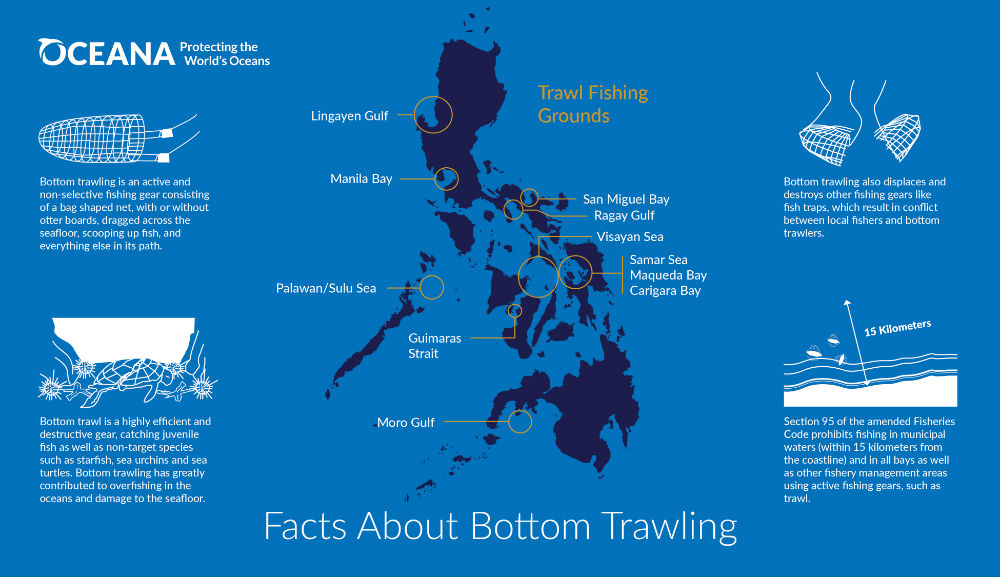 Fortunately, the Department of Interior and Local Government (DILG) and the DA-BFAR have signed a Joint Circular Memorandum (JMC) banning bottom trawling within the 226,000 square kilometers of municipal waters in the Philippines. 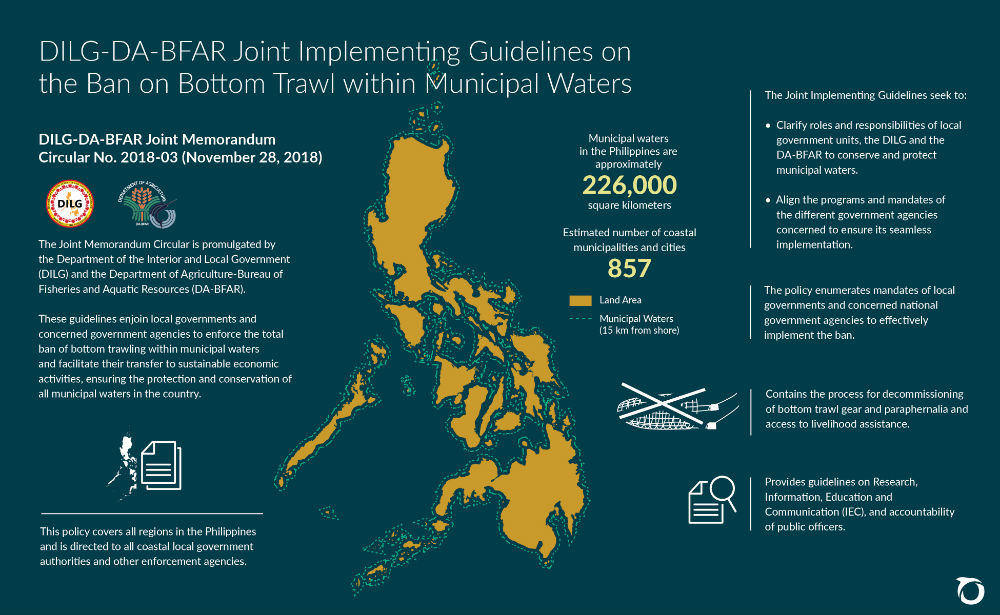 One of the provisions of the JMC includes the decommissioning of trawling gear and paraphernalia. This means that the local government units (LGUs) must ensure that persons, associations, cooperatives, partnerships or corporations engaged in bottom trawling in municipal waters would have to decommission and surrender their gear. 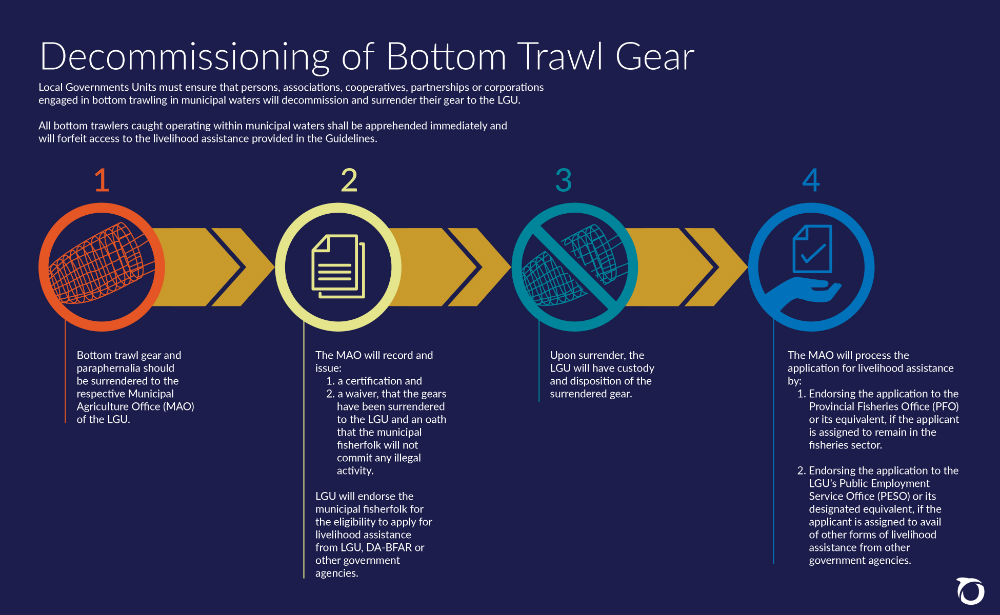 But this doesn’t mean that people will be losing jobs. Those who will be decommissioned will be provided with livelihood assistance that include training assistance programs for supplementary livelihood and support through appropriate fisheries-related livelihood.

However, whoever will be caught bottom trawling will not only be apprehended but will also be cut off from any livelihood assistance from the government. 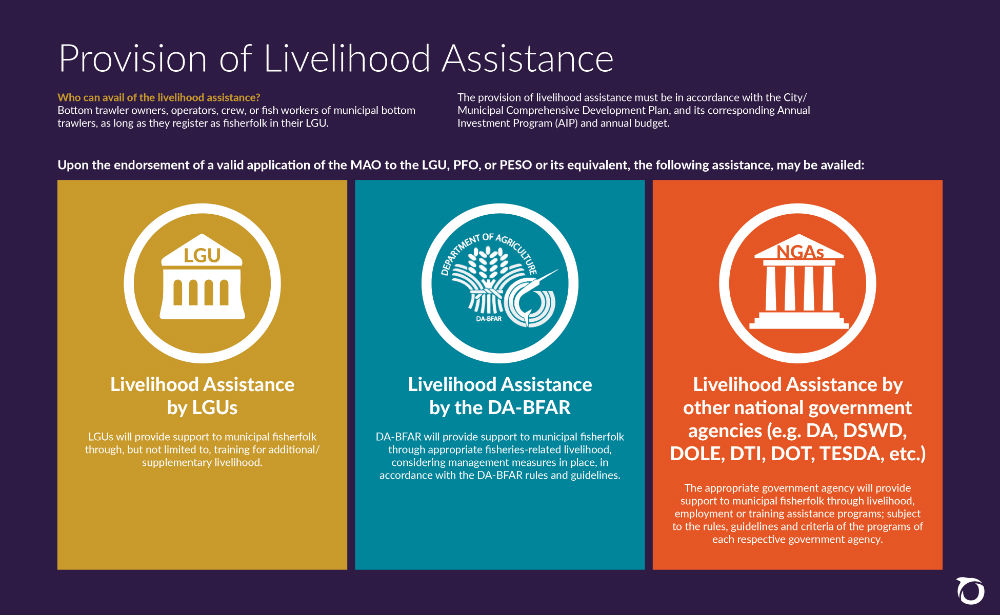 Advocacy groups like Oceana Philippines consider this as “a truly fantastic victory for our oceans” and are hoping for more laws that would protect our marine life.

To know more about the JMC, click here. – Rappler.com