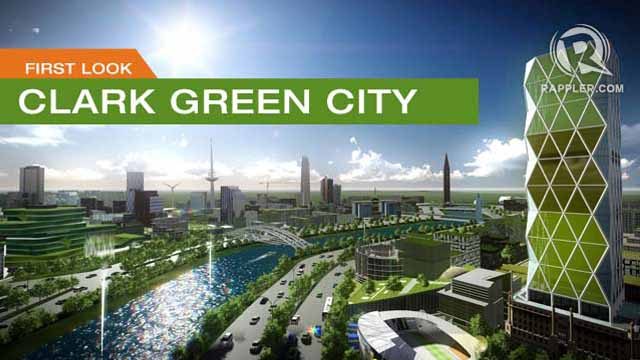 MANILA, Philippines (UPDATED) – According to the Asian Development Bank, over 120,000 people migrate to Asia’s big cities every day. Rural dwellers often move to the capitals to seek better jobs and living opportunities. However, the mass exodus leads to a whole slew of problems: pollution, traffic, and scarcity of resources.

In the Philippines, the Japan International Cooperation Agency (JICA) reported that Metro Manila loses roughly P2.4 billion daily due to congestion. The proposed solution is decentralization: the transfer of other key industries, offices and the like into other regions.

Central Luzon or Region III, on the other hand, is at an ideal distance from Metro Manila. It is poised for metropolitan development.  It is home to Clark’s Special Economic and Freeport Zone, which has an airport, an industrial area, and hectares of idle land that happens to sit away from flood and earthquake hazard zones. It is also linked to the Subic Freeport Zone through the Subic-Clark-Tarlac Expressway (SCTEX), a modern tollroad built by the Bases Conversion and Development Authority (BCDA). Clark is also the country’s 2nd biggest metropolis, with a population of over 11 million that contributes 10 percent to the national economy. It also has the 2nd highest population of overseas Filipino residents.

Back in 1990, US troops formally withdrew their presence from this former military airbase. Amidst consultations on the treaty between the Philippines and the US governments, Congress passed Joint Resolution No.1, creating the Legislative-Executive Bases Council (LEBC).  By September 1990, the LEBC submitted to President Corazon Aquino the 120-page report titled “Kumbersyon: Comprehensive Conversion Program: Alternative Uses of the Military Baselands and the Military Camps in Metro Manila.”

By March 12, 1992, President Aquino signed into law Republic Act No. 7227, or the Bases Conversion Development Act of 1992 which created, among others, BCDA as the planning and implementation agency to manage the execution of the conversion programs spelled out in Kumbersyon.

Today, the Bases Conversion and Development Authority (BCDA) continues to pursue its mandate as  a development corporation tasked with facilitating sound transformation of this zone. Their vision is for Clark Special Economic Zone  to house the country’s first “smart” and “green” city – an urban zone that will have high-tech amenities, environment-friendly structures, and will drive investments and create jobs not just for its existing community, but also for future global citizens that they hope to bring in.

Clark Green City is at the heart of several urban centers and vital land, sea, and air infrastructures.

BCDA is currently bidding out the long-term lease and development of the Clark Green City Phase 1, comprised of 1,321 hectares. The term of lease is 50 years, renewable for another 25 years, with the following investment incentives:

Costs for the development of the first phase are estimated to be around P59 billion. This be shouldered mainly by international and local private sector proponents. Since Clark Green City is within a special economic zone, asset-building opportunities are available for foreign and local investors.

Hopefully, Clark Green City becomes the city of the future: a model that the rest of the country can follow. – Rappler.com

NOTE: An earlier version of this article indicated that Metro Manila loses roughly P2.4 billion annually due to congestion and indicated Pampanga as Clark Green City’s location. Rappler has promptly corrected these errors.