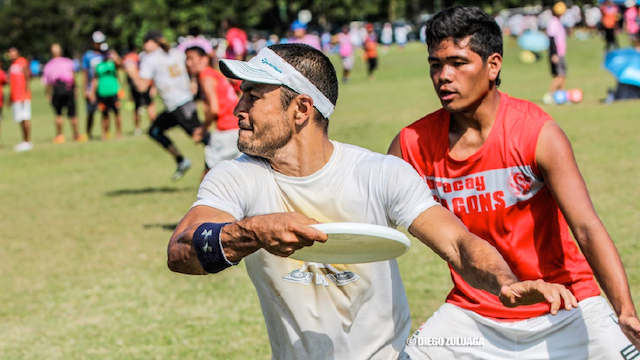 MANILA, Philippines – On November 13 to 15, 2015, the Philippines will host the largest international ultimate (Frisbee) tournament in Asia. The annual Manila Spirits 2015 event is organized by the Philippine Flying Disc Association (PFDA), and will be held at the polo fields of the Alabang Country Club, Ayala Alabang Village, Muntinlupa City. More than 60 teams (made up of over 1,300 players) will gather for three days of competitive disc action.

From 16 teams in Manila Spirits 2003, the tournament has now grown to have 64 teams competing this year, and is now the largest international tournament in Asia. Teams will be flying in from countries all over the world, including Australia, Cambodia, China, South Korea, Singapore, Brunei, and Hong Kong. 24 of the 64 teams competing will come from outside the country.

Leading up to the tournament, the PFDA will be having all-star games featuring Japan, USA, and the Philippines at the Emperador Stadium (also known as the McKinley Hill Football Stadium) at McKinley Hill, Fort Bonifacio, Taguig. The Philippine All Stars (playing as Team Pilipinas) will face the USA All Stars on November 11, Wednesday at 5: 00 P.M. 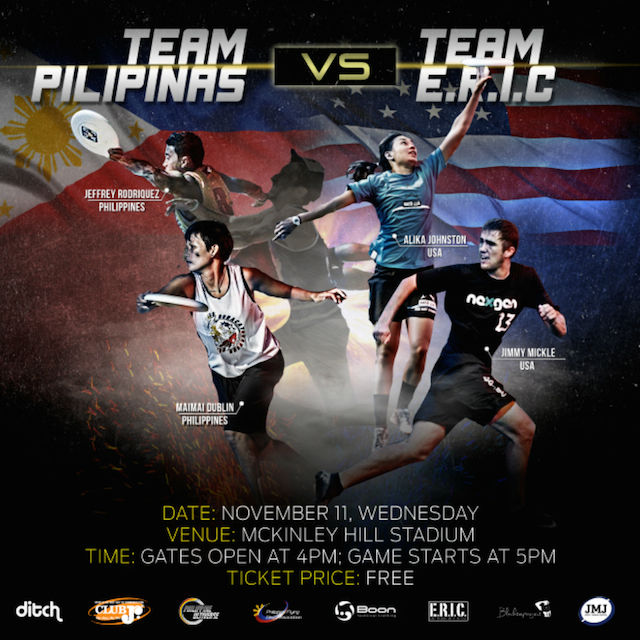 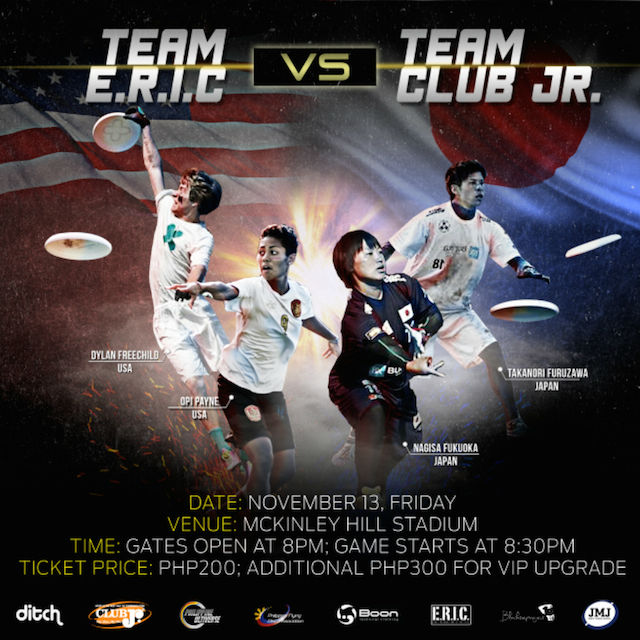 To celebrate this milestone, the theme of Manila Spirits 2015 is “Olympic Games.” The event is organized by the PFDA in cooperation with Maynilad, Smart, PLDT, Primera Light Brandy, and is also brought to you by Gatorade, Rexona, Five Ultimate, Tagaytay Hotel, Nestle, Umbro, Club Jr., and ERIC. Media partners include Ditch, ANC, Spin.PH, Rappler, WhenInManila.PH, Philippine Ultiverse, and All About U.

Ultimate now has more than 5,000 players competing in local leagues and tournaments across the country. Movie star Derek Ramsay and TV personality Reema Chanco are two of the most recognized players of the sport.

The PFDA is the governing body of all disc-related sports and activities in the Philippines. They are a non-stock, non-profit volunteer organization of enthusiastic Ultimate players who organize regular tournaments, training exercises, and other activities for Ultimate players. – Rappler.com