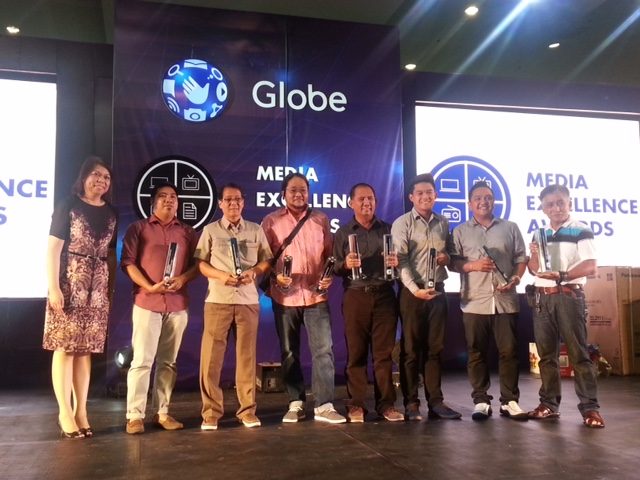 MANILA, Philippines – In recognition of their exemplary work in raising social issues through different channels of print, broadcast and digital media, outstanding media professionals and social media practitioners in Mindanao were honored at the 4th Globe Media Excellence Awards.

The most anticipated premier award-giving body that gives recognition to excellence in journalism in southern Philippines, the Globe Media Excellence Awards event was held at the SMX Davao.

“As purveyor of Filipino digital lifestyle, Globe Telecom is united with media professionals and social media practitioners in their vision of effecting meaningful transformation in our society.  We hope that the Globe Excellence Media Awards will continue to be a source of inspiration for media and social media advocates in tackling relevant social issues for a more wonderful Philippines,” Globe Senior Vice President for Corporate Communications Yoly Crisanto said.

Recognized as Blogger of the Year was Ariel Lalisan (Living in the South) for his blog entitled “It’s hard to be a kid in Kiahe.” Olan Emboscado (The Travel Teller) was named as Social Media Advocate of the Year for his work entitled “Into the heart of Agusan Marsh.”

There were a total of 352 entries this year compared with 259 last year. – From a Globe press release/Rappler.com