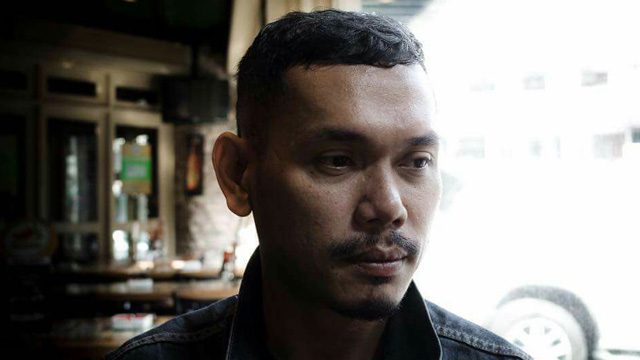 MANILA, Philippines – Artist and photographer Carlo Gabuco, who is behind the powerful photos in Rappler’s Impunity series on the Philippines’ war on drugs, is one of 10 grantees for 2017 of the Magnum Foundation Fund, a program to expand creativity and diversity in documentary photography.

Gabuco’s project for this grant, titled “Less Than Human,” chronicles President Rodrigo Duterte’s brutal drug war in the Philippines as seen through the eyes of affected children.

Below is the press release from the Magnum Foundation Fund:

In collaboration with the Prince Claus Fund, the Magnum Foundation Fund provides production grants, project development support and mentorship to both emerging and experienced practitioners.

Grantees were selected by an independent editorial committee from 120 photographers nominated by 27 international editors, curators, and educators. This year, we welcomed a new jury comprised of Thomas Keenan, Director of the Human Rights Project and Associate Professor of Comparative Literature at Bard College; Danielle Jackson, writer, educator, and Co-Founder of the Bronx Documentary Center; and Marisa Mazria Katz, Director of Media Initiatives at Creative Time.

Ten projects across nine different countries were chosen. They are: “From death squads in the Philippines to tea plantations in Bangladesh, the characters and stories documented by this group of adventurous and optimistic award-winners shocked and encouraged me. As they do their work over the coming year, I’m certain they’ll grab our attention – and get us involved,” said Thomas Keenan.

She added, “I congratulate, too, those working locally at the risk of peril to themselves and their families. Facing a large number of very thoughtful, high quality projects to review, it was sobering to consider the importance of grant monies such as the Magnum Foundation Fund amid the decline of so many other avenues for publication and funding that is available to photographers.”

Representing a range of styles and approaches, the selected projects each demonstrate a commitment to social issues and a curiosity for exploring new models of storytelling. Marisa Mazria Katz remarked: “ I was in awe of the work of the applicants to this year’s Magnum Foundation Fund. Each and every one has dedicated their practice to issues that affect people around the world.”

The 2017 Magnum Foundation Fund grantees will work on their proposed projects over the coming months and submit completed work in the late fall of 2017. – Rappler.com