Feb 7, 2019 6:36 PM PHT
Rappler.com
Facebook Twitter Copy URL
Copied
The video is a teaser for a documentary that captures a pilot project testing how bounty incentives could catalyze and self-organize grassroot communities for sustainable environmental impact 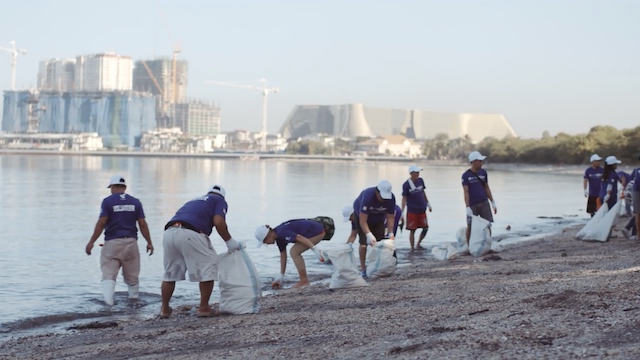 This is a press release from Bounties Network

MANILA, Philippines – Bounties Network, a ConsenSys platform that crowdsources and runs freelance bounty tasks on blockchain, has released a video trailer titled “Bounties for Basura” or “Bounties for Trash.” The video is a teaser for a documentary that captures a pilot project testing how bounty incentives could catalyze and self-organize grassroot communities for sustainable environmental impact.

In the first weekend of December 2018, Bounties Network, ConsenSys, and mobile wallet and digital exchange Coins.ph came together and held a bounty to clean up Manila Bay, specifically the Las Piñas-Parañaque Critical Habitat & EcoTourism Area, where accumulated trash has had a negative impact on local communities, fishermen livelihood, and the bio-ecosystem.

The bounty was designed to be as simple as possible: participants would pick up trash, submit photo proof, and in return receive a bounty reward paid in cryptocurrency. Over 200 people participated in the event that yielded 3 tons of trash (discarded plastic, styrofoam, glass bottles, etc).

The goal of the bounty cleanup in Manila was to rethink and reengineer the flow of capital (i.e. money) and its distribution patterns, in order to bridge the gap between social entrepreneurs, nongovernmental organizations/charitable organizations, and the general public and local communities.

Simona Pop, co-founder of Bounties Network said: “Fostering widespread and long-term behavioral shifts through incentives on a global scale will directly benefit communities, like Manila, that are intensely and increasingly affected by plastic waste. This new mechanism could also help create new means of income as some traditional jobs are disappearing and beneficial alternatives must be created and sustained.”

The completion of the bounty is also a demonstration of real blockchain utility in the Philippines. The Philippines’ Securities and Exchange Commission has been seeking public consultation as the government considers regulation on ICOs (initial coin offerings). In December, SEC Chairperson Emilio Aquino had said that the technology has its benefits, when asked about the SEC decision to regulate rather than completely ban ICOs.

“The completion of the Bounties for Basura Pilot in Manila together with Coins.ph was a milestone event for us and on why we need to continue finding ways to increase blockchain adoption in the Philippines,” said Aiai Garcia, ConsenSys Solutions Philippines Lead.

She added: “By getting to test early stage blockchain products on a use case focused on community outreach especially in a country that could benefit the most from new technological solutions, it allowed us to garner valuable new insights on what needs to be done towards achieving this reality. As enterprise blockchain solutions continue to gain momentum globally, this demonstration of how blockchain can be deployed in the background for public use helps inform our product development.” – Rappler.com