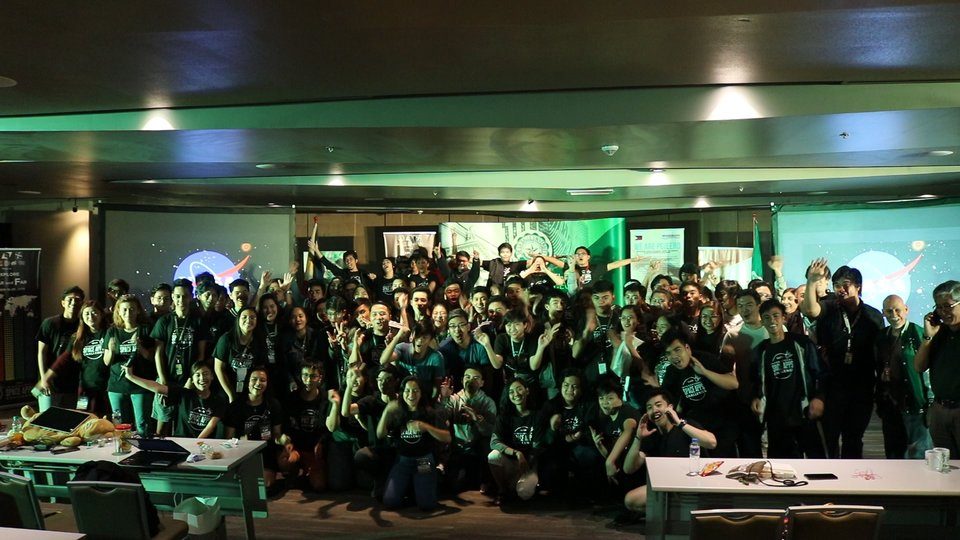 Facebook Twitter Copy URL
Copied
PRESS RELEASE: The teams behind the projects will join others from around the world to be evaluated by NASA in early December for the selection of the 30 global finalists

The event was held in collaboration with the Philippine Council for Industry, Energy and Emerging Technology Research and Development of the Department of Science and Technology (DOST-PCIEERD), Animo Labs technology business incubator, PLDT InnoLab, American Corner Manila, the US government, and part of the Design Week Philippines with Department of Trade and Industry-Design Center of the Philippines. It is equipped with an extended-range radio system based on LoRa technology and Arduino to communicate with sensors and controlled by a deployment station.

“Our global bodies of water are actually littered with plastics. This is a very futuristic solution to help get rid of plastics currently floating or submerged in global waters. It is [a] timely and relevant solution,” said Monchito Ibrahim, Industry Development Committee chairman of the Analytics Association of the Philippines, and former undersecretary of the Department of Information and Communications Technology. Correlating information from Sentinel-2 Copernicus and Landsat 8 satellites, DOST-PAGASA for climate, and trends from search engines, potential dengue hotspots will be displayed in a web interface. Indices like Fraction of Absorbed Photosynthetically Active Radiation (FAPAR) and Normalized Difference Vegetation Index (NDVI) are used in identifying areas with green vegetation while Normalized Difference Water Index (NDWI) to identify areas with water. Combining these indices reveal potential areas of stagnant water capable of being breeding grounds of mosquitoes.

“It benefits the community especially those countries suffering from malaria and dengue, just like the Philippines. I think it has a global impact. This is the new science to know the potential areas where dengue might occur. It is a good app,” said Engineer Raul Sabularse, Deputy Executive Director of DOST-PCIEERD.

“It is very relevant to the Philippines and other countries which usually having problems with dengue. The team was able to show that it’s not really difficult to have all the data you need and integrate all of them and make them accessible to everyone for them to be able to use it. It’s a working model. It is something can actually be made usable in a short span of six months,” Ibrahim said.

‘A lot of good talent’ Space Apps leader Dr Paula Bontempi, the acting deputy director of the Earth Science Mission, NASA’s Science Mission Directorate, was impressed with the solutions presented in Manila, “The top two are really good. There were definitely a few projects right behind them. There is a lot of good talent out there. It was nice to see,” she said.

Rex Lor from United Nations Development Programme in the Philippines commended the use of the Sustainable Development Goals on Good Health and Well-Being, and Life Below Water of the winning solutions showcasing the “pivotal role of cutting-edge digital technologies in the creation of strategies for sustainable development in the face of evolving development issues.”

Both champions will join teams from around the world to be evaluated by NASA for the selection of the 30 global finalists in early December. The top 6 winners will be announced in January 2020. Winners shall be invited to visit NASA’s Kennedy Space Center in Florida in 2020.

Last year, Team iNON used NASA’s citizen science platform to develop an app seeking to communicate scientific data to fishermen even without internet connection, which led them to victory as the first Pinoy global winner. Their project, ISDApp, is currently being incubated by Animo Labs.

DLSU President Brother Raymundo Suplido hopes that NASA Space Apps would “encourage our young Filipino researchers and scientists to create ideas and startups based on space science and technology, and pave the way for the promotion and awareness of the programs of our own Philippine space agency.”

Vice President Leni Robredo recognized Space Apps as a platform “where some of our country’s brightest minds can collaborate in finding and creating solutions to our most pressing problems, not just in space, but more importantly here on Earth.”

Dr. Thomas Zurbuchen, NASA associate administrator for science, explained:  “Space Apps is a community of scientists and engineers, artists and hackers coming together to address key issues here on Earth. At the heart of Space Apps are data that come to us from spacecraft flying around Earth and are looking at our world.” – Rappler.com