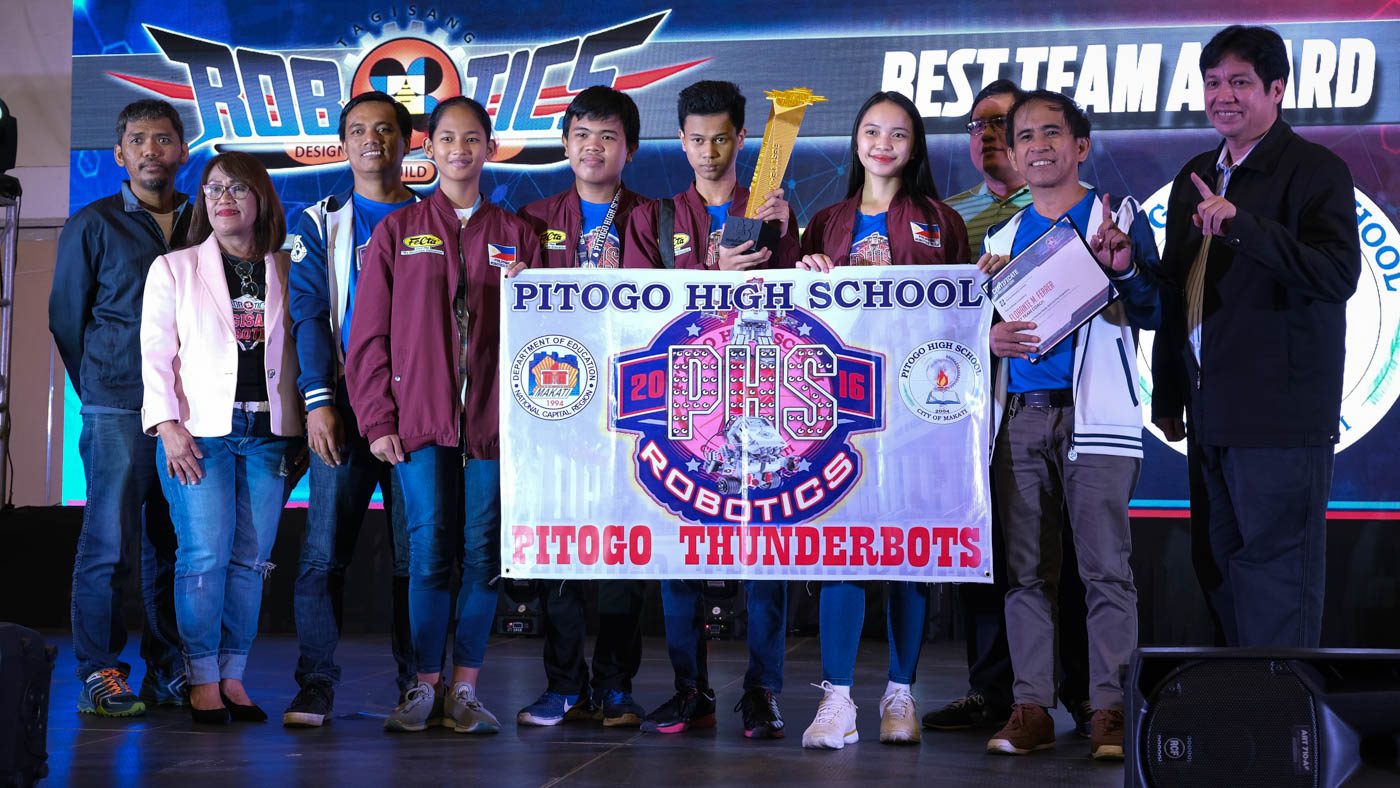 This is a press release from the Department of Science and Technology.

Pitogo High School once again dominated the playing field with its do-it-all robot to secure the best win-draw-loss record at the end of eliminations and was crowned the Best Team in the recently concluded 2019 Tagisang Robotics: Design, Build and Play Competition held from November 19 to 20 at the Philippine International Convention Center in Pasay City.

Pitogo High School, which won as Best Rookie Team in 2013 and Best Team in both 2013 and 2014, proved to the other school teams that they were still the team to beat in the returning robotics competition. However, they failed to advance to the final round where the 4th-ranked alliance of Malabon NHS and Caloocan NSHS shocked the top 3 pairings to emerge as victors.

This year’s Tagisang Robotics is the first since its hiatus in 2014. The Department of Science and Technology-Science Education Institute (DOST-SEI) brought back the program to strengthen its promotion of science, technology, engineering, and mathematics (STEM) careers, especially as the need for robotics skills is advantageous in many industries.

“We’re very glad with how this activity came back as the challenges are more complicated than in the previous years. We felt like it’s high time for us to bring back this competition, given that we are facing many changes in our industries. We don’t want our students unprepared and unfit when they enter the workforce,” said DOST-SEI Director Dr Josette Biyo.

Biyo said the investments DOST-SEI made for the kits and training sessions will prove worthy when the students pick STEM courses in college and related careers in the future.

“We’re striving to develop a strong pool of STEM professionals because that’s our weapon towards development. We need highly trained people in our current industries and we need people to develop new industries, and we believe we’re doing the right step through this competition,” Biyo said.