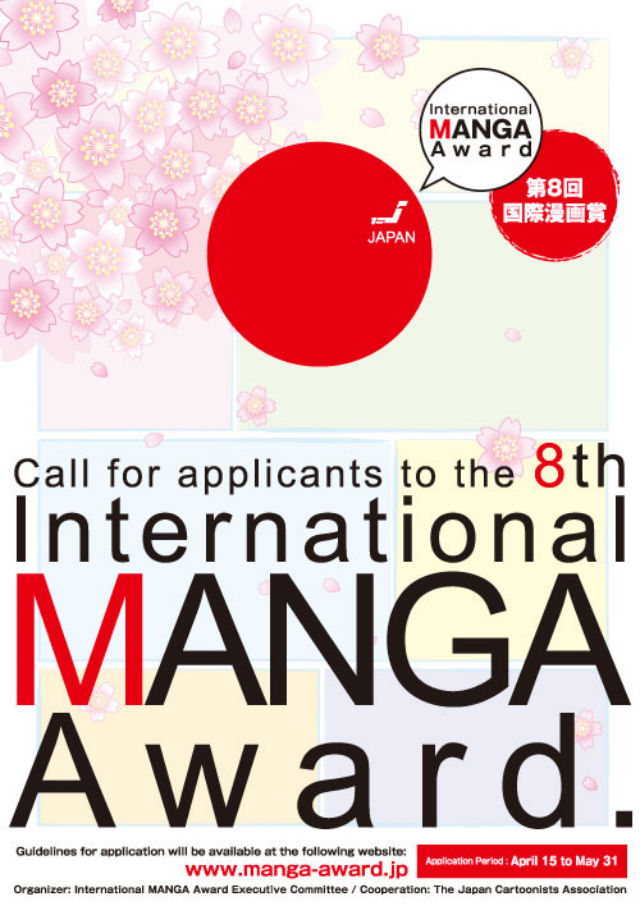 MANILA, Philippines – Japanese comics known as Manga are popular amongst fans of any age, given its wide selection of unique characters and storylines.

Since 2007, the Japanese government has been giving out awards to comic creators who contribute to the spread of manga culture overseas. This year, they open submissions for the 8th International Manga Award. Below is the release from the Japan Information and Culture Center (JICC):

2. The application period is from Tuesday, April 15, to Saturday, May 31. Applications should be sent to each of Japan’s diplomatic missions abroad (excluding permanent missions) or the post office box of the Eighth International MANGA Award directly. Below are the addresses:

4. The best MANGA from among all of the submitted works will be awarded the Gold Award. The next three best MANGA shall receive the Silver Award. Recipients will be invited to Japan by the Japan Foundation to attend the award ceremony. During the stay in Japan, they will also have exchanges of opinions with Japanese MANGA creators and to visit publishing companies and other places.

5. Works to be submitted should have been produced within 2011 and 2014, and TWO COPIES must be submitted.

7. For the complete guidelines and mechanics, please visit the foreign ministry website