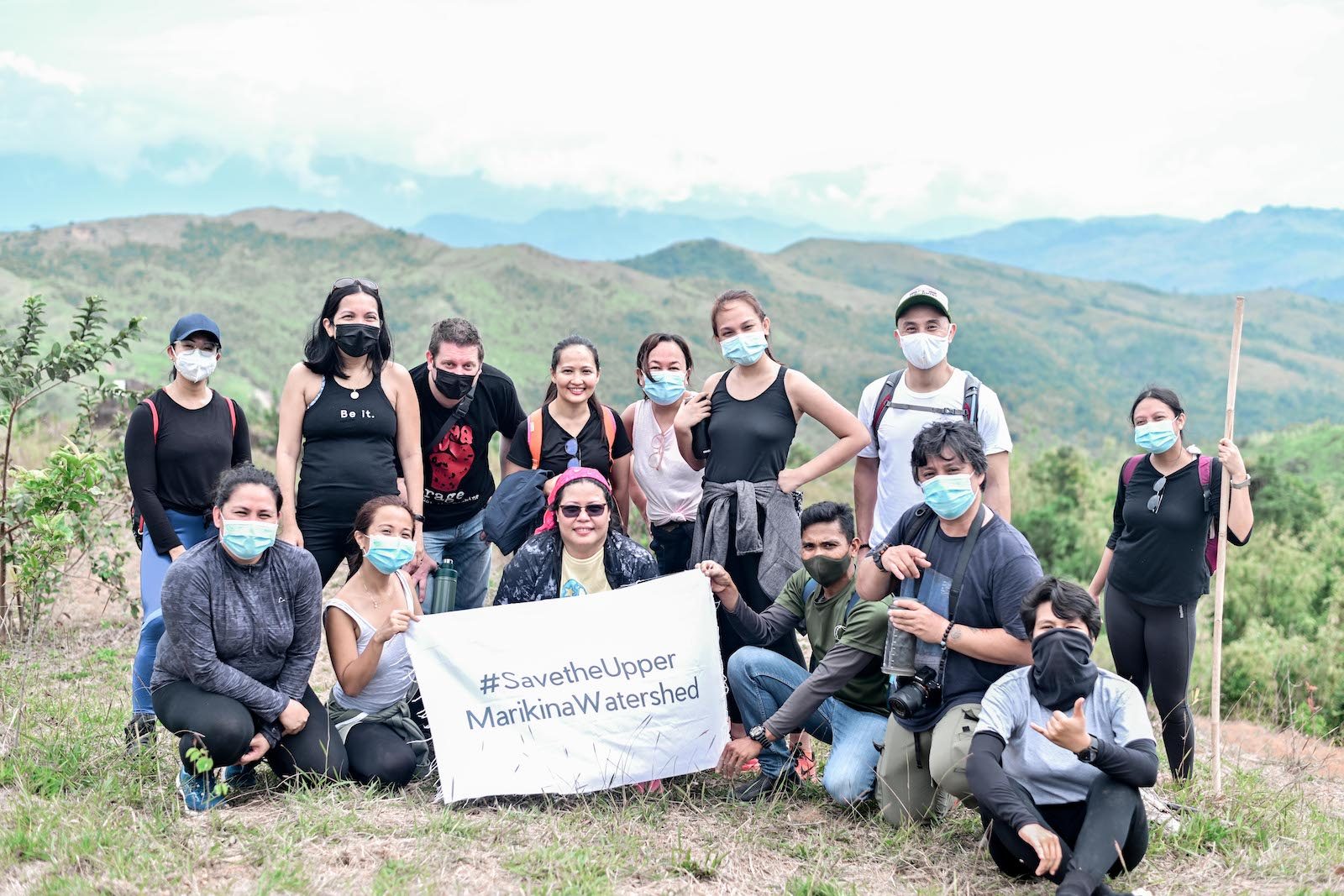 WIN. The Masungi Georeserve Foundation gets an award for their efforts to protect and restore the Upper Marikina Watershed from large-scale threats.

This is a press release from Masungi Georeserve Foundation.

The Masungi Georeserve Foundation has won first place at the inaugural Water ChangeMakers Awards for its efforts to protect and restore the Upper Marikina Watershed from large-scale threats such as quarrying, land trafficking, and timber poaching.

“Our winner is a youth-led movement from the Philippines, the Masungi Georeserve story, an inspiring campaign for watershed restoration and reforestation led by the next generation of water changemakers,” Global Water Partnership Chair Howard Bamsey announced at the Water Anchoring Event of the Climate Adaptation Summit on Monday, January 25.

The Global Water Partnership said it decided the launch the awards “to make visible the teams and organizations who shape water decisions that build climate resilience.”

“The journeys towards such decisions will have involved changing mindsets from inertia to action; speaking truth to power; finding new ways of working; building new coalitions; changing laws or policies; mobilizing others to collaborate, and more. We will collect these journeys because, at times like these, learning from and celebrating those who have made things happen is more important than ever,” it said.

Ann Dumaliang, Project Manager at the Masungi Georeserve Foundation, said in accepting the award, “It is heartening to see the youthful idealism, hard work, and unwavering bravery of our team recognized especially through a most challenging time.”

Dumaliang noted that Masungi and their projects are “under threat by destructive interests.”

“It is a battle between conservation or extraction, between restoration or the plunder of our forests, and between the future we want and the future we are being forced to accept,” she said.

“We continue to urge our leaders to make the right decisions for the Filipino people. We also continue to engage and dialogue with different sectors, governments, local communities, and indigenous groups to join this movement and make a stand,” Dumaliang added.

“As a senior climate and biodiversity expert who has worked for decades in the Philippines and many other countries, I have always seen the Masungi Georeserve as a model for climate adaptation and mitigation action as well as an effective way of protecting and enhancing forests and landscapes. We should have more Masungi Georeserves as well as expand the current one,” La Viña said.

Winners and finalists of the awards were evaluated based on 4 criteria: the extent to which the initiative has contributed to climate resilience and water decisions, the magnitude and longevity of change, depth of learning through crisis, and breadth of collaborations with stakeholders.

The jury was composed of the following:

The Masungi Georeserve is a globally acclaimed conservation and geotourism project that has protected historic limestone formations and hundreds of plant and animal species for more than 20 years.

In 2017, it entered into a landmark partnership with the national government to restore and rewild 2,700 hectares of degraded land around the limestone formations using innovative financing and resourcing approaches for biodiversity conservation.

To date, the project has enabled the planting of 60,000 native trees, rescued 1,000 hectares for reforestation, established 12 kilometers of monitoring trails and stations, and engaged 100 local park rangers. – Rappler.com