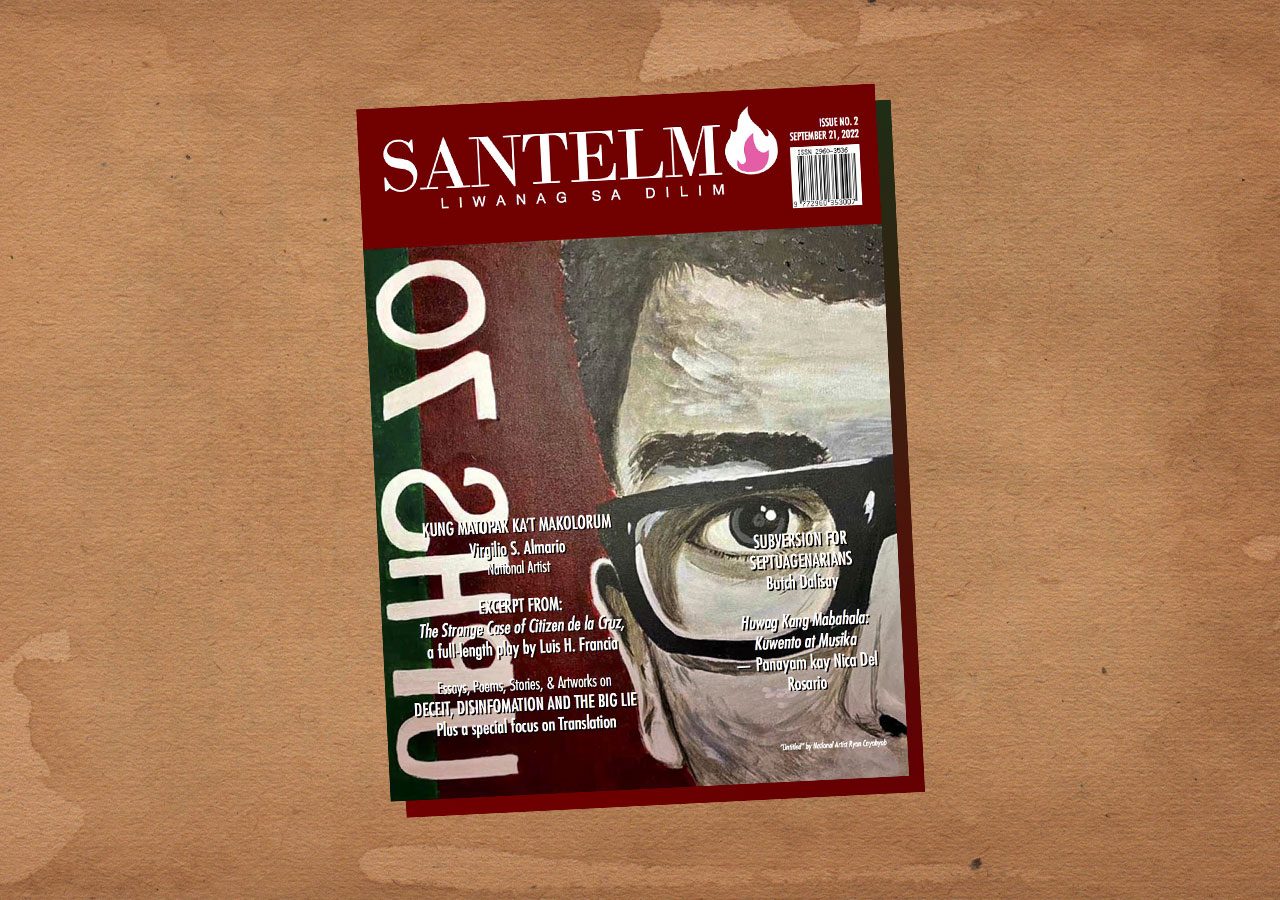 Santelmo Magazine, a quarterly literary journal born out of the resurgence of patriotic writing, will unveil its second issue at Museo ng Pag-Asa, the museum in Quezon City that houses the memorabilia and artifacts of former vice president Leni Roberdo’s presidential campaign. The event is scheduled on September 28 at 9 am.

Executive Publisher Marvin Aceron thanked Museo ng Pag-Asa and the Angat Pinas, Inc. Foundation for their support and for providing the venue. He noted that their backing recognizes the role that arts and literature play in enlightening Filipinos. Aceron reiterated Santelmo’s editorial mission, saying, “We seek to be the keeper of the flame…. To rage and fight against the disease of forgetting that beset our people, the weak memory that erases and alters…. We need words…to make our country strong, to make humanity stronger.”

(Translation is very important to us in the Philippines. In fact, and because ours is a multilingual nation, we need a national agenda on translation — part of this is (establishing) the National Institute of Translation and the process of granting licenses to professional translators — in order to boost a national communication initiative and the national unity.)

Also in Santelmo Magazine Issue Number 2 are articles and poems on the theme “Deceit, Disinformation and the Big Lie;” an excerpt from Luis H. Francia’s The Strange Case of Citizen de la Cruz, a recent play staged in the US by a Filipino-American theater group; a profile on “Rosas” singer Nica del Rosario, and more features.

Santelmo 1 was released on June 30, 2022 with the team of 63 Kakampink writers and artists expressing the theme of faith, hope, and rebirth.