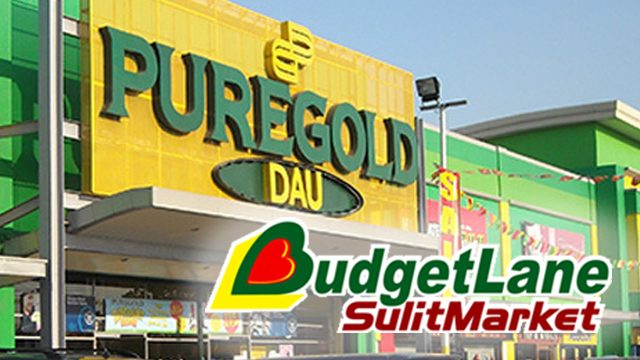 In a disclosure to the stock exchange, Puregold said it made its second acquisition for this year hrough its wholly owned subsidiary Goldtiempo Company Incorporated.

Puregold did not disclose acquisition cost but noted that it accounts for less than 10% of the company’s total book value.

It was reported on June 26 that Puregold was already in final negotiations to acquire a yet unnamed grocery chain for about P800 million ($17.46 million) to P1.4 billion ($30.56 million), depending on the final valuation. (READ: Puregold about to close deal with supermarket chain)

The 8 newly acquired commercial supermarkets are strategically located in prime areas of Metro Manila and Luzon and will serve as a key component to the growth and expansion strategies of the company.

According to its website, Felicidad Sy Tan and her children started BudgetLane as a small grocery store in the Old Pasig Public Market in 1966. The venture generated enough resources for the Tan family to start peddling grocery products in 1978 across Pasig, Rizal, Taguig, and Pateros, it said.

The grocery store later grew into a supermarket called CityLane, and the first supermarket opened in 1988 in Rosario, Pasig City.

“The acquisition reinforces the company’s continuing commitment and focus to serve the broad consumer mass market. It will serve as a key component to the growth and expansion strategies of the company,” Puregold said.

Excluding this deal, Puregold has acquired more than 40 stores in the past two years, which helped accelerate the company’s store expansion.

Puregold is currently the second largest supermarket chain in the country, next to SM Retail of the Sy-led SM Investments Corporation. – Rappler.com