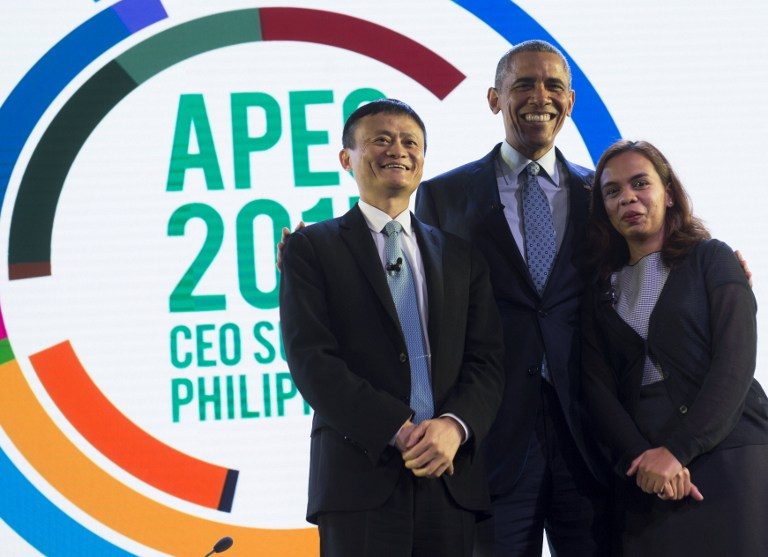 MANILA, Philippines – The Filipina engineer said, “let there be light” – and there was light.

In the surprise segment of the Asia-Pacific Economic Cooperation (APEC) CEO Summit, Obama moderated a panel that linked up the billionaire head of the world’s top e-commerce platform and Mijeno, CEO of the small startup SALt.

Obama asked the young entrepreneur what she needs, to which she instantly replied: “We have the passion. What we need is a support system – both from the private sector and the government – to mentor us, guide us how we can scale up the product or project.”

Mijeno might just have found the answer to her worries. 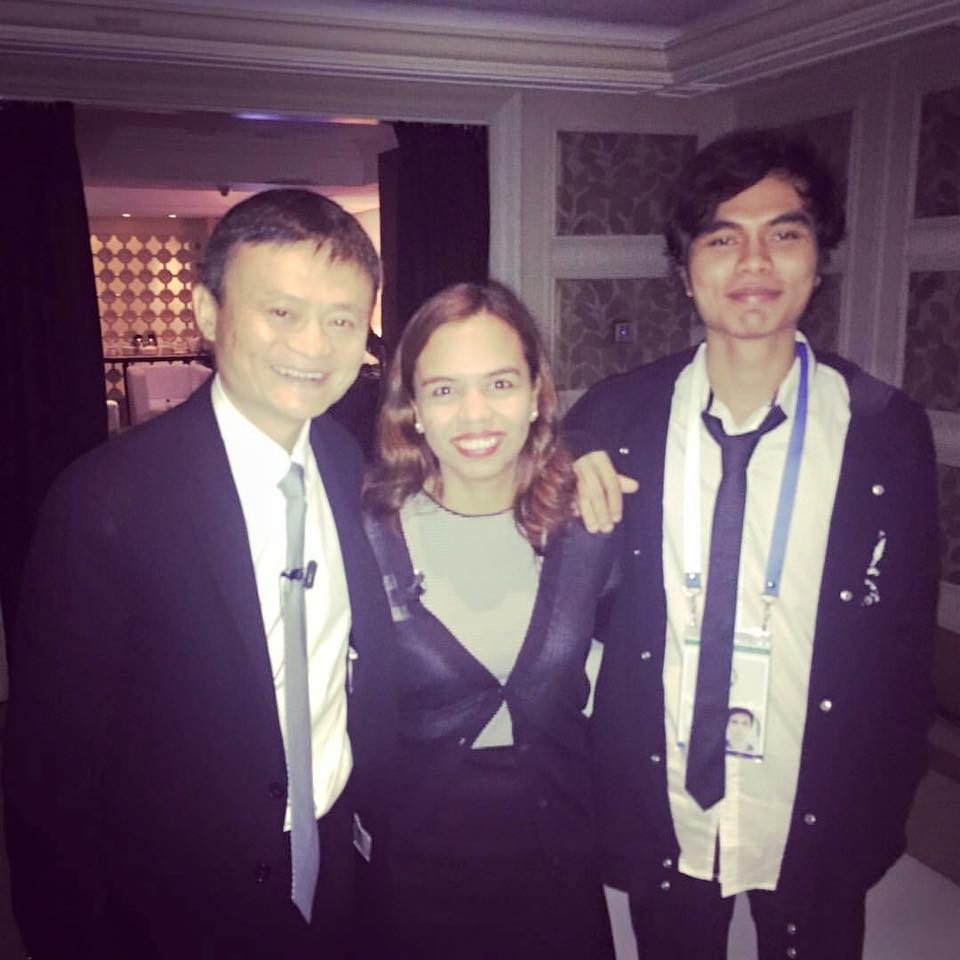 Behind the scenes, Jack Ma offered support for her initiative which she is pursuing with her younger brother, Raphael, the startup’s co-founder and Chief Financial Officer (CFO).

“Jack Ma is encouraging us to enter his entrepreneurship school. He told us that he is supporting and funding a school that we could attend – sort of an incubator. And he will surely keep in touch,” Mijeno told Rappler.

Her brother earlier hinted about the offer in a Facebook post: “I think I got an open invitation from Jack Ma to be his mentee.”

After the forum, Obama, apparently impressed by the SALt, also expressed support to help amplify the SALt lamp initiative.

“They will also be publishing our story on the White House website to get more foundation or organization support and exposure,” Mijeno said.

White House staff only contacted Mijeno on Monday, November 16, at around 10 am, less than 48 hours before the panel discussion that Obama wanted to moderate – a last-minute change to the program.

“How would you feel if someone from the White House gives you a call and asks you to be part of a panel alongside US President Barack Obama and Alibaba CEO Jack Ma?” Raphael said in an earlier Facebook post.

Many other groups also approached them to get more details about their initiative, which aims to scale up by 2016, targeting to deliver about 600 lamps to remote areas in the country. According to Mijeno, the concept behind their environment-friendly lamp was formed after immersing with the Butbut tribe in Kalinga, an indigenous community in Cordillera that mainly relies on kerosene lamps and moonlight as light sources at night.

“This lamp uses the science behind the galvanic cell, the basis for battery-making, changing the electrolytes to a non-toxic, saline solution – making the entire process safe and harmless,” explained the founders on their website to describe the technology behind their project.

Technically, it’s a battery, Mijeno noted. She explained that what they did was to “tweak the process wherein one can drain out and replenish the electrolytes, making the system much longer unlike the traditional fastened battery where the system does not allow you to take out the electrolytes.” Once the system is activated, the depletion is continuous, she said.

The lamp, which costs $6 a year, is able to give 8 hours of lighting power and can even charge phones, Mijeno said.

“The core technology is concrete,” Mijeno stressed, but admitted that she is “worried about the design and concealment of wiring.”

The product has already gone through 4 iterations and is on its final prototype phase. A product and a movement

In 2014, the concept was recognized at the Manila-based Ideaspace 2014 tech startup contest, winning seed investment, training, and services to develop the project.

Since then, it has won numerous awards in other countries including Japan, Malaysia, Singapore, and South Korea.

“When I first met them at the bootcamp, I instantly admired their idea’s novelty, impact, and relevance,” said Prim Paypon, a national mentor at Ideaspace national bootcamp.

He added: “Knowing their backgrounds and the social pain that motivated them to pursue such grand idea, I always knew they’ll make it big, especially that what they’re trying to address is a global problem.”

In December, about 100 lamps will be tested in the community that inspired the project.

Thrust into the limelight and opportunities ahead, the challenge now for the Filipina innovator is to prove that her startup’s product is not only idea that works but also the social movement she envisioned it to be. But more importantly, the fate of Mijeno’s startup will test APEC’s resolve to help small businesses as its member economies pursue inclusive growth. (READ: Real work to help small businesses begins after APEC)  – Rappler.com