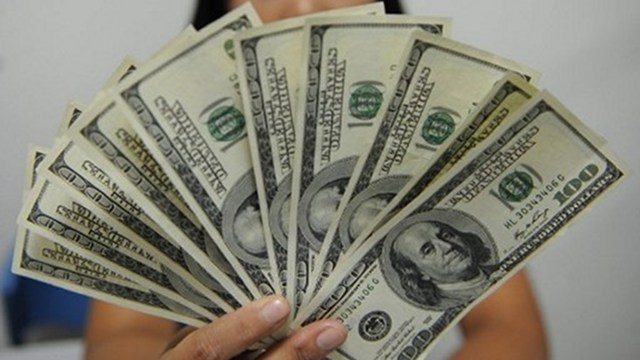 As the coming presidential election looms, there is a growing concern that results would have a negative impact on the flow of Foreign Direct Investment (FDI) in the Philippines.

This is evident from heightened efforts by top Filipino economic officials in reaching out to the hearts and minds of US investors giving assurances over the upcoming elections.

In an intimate focus group meeting of foreign investors residing in the Philippines, held in Makati on February 21, the angst about the coming election was palpable.

The meeting was conducted by this writer and this article will illustrate why and what makes foreign investors lose sleep in anticipation of its results.

Foreign Direct Investment (FDI) in the Philippines has been rising steadily in recent years.

In 2014, FDI flows reached $5.7 billion, which represents a more than 60% increase from 2013. Considering the comparative advantages of the country – English speaking and skilled workforce, a strong cultural bond to the US and a geographical location in an economically dynamic area – this is hardly surprising.

But FDI flows remain relatively weak compared to other ASEAN countries. This is a disappointing and surprising trend.

The lower FDI to the Philippines in comparison to other ASEAN countries may be explained by looking at the nature of its economy, regulatory factors and level of corruption.

The country is evolving into a service society with low manufacturing strength. The government favors local ownership and regulated monopolies. If you are a foreign investor wanting to invest and start a business in the Philippines, government regulation requires subcontracting agreements between foreign companies and local enterprises.

Sole ownership by foreigners of a business in the Philippines is an exception.

FDI Inflows in PH comes mostly from investors registered in British Virgin Islands (34%);  the US is second (21%), Japan and Netherlands are third and fourth at 16% and 10% respectively.

These foreign investors are investing in sectors such as utilities (electricity, water, gas); manufacturing, transport and storage. Lately, Hotels and Outsourced Administration and Support have been seeing investment as well.

Compared to other countries, the Philippines is not a place that has established structures and institutions protecting foreign investors.

The highly regarded Doing Business Index 2014, which ranks countries protection of foreign investors, ranked the Philippines low in most categories.

What is even more telling is that the Philippines’ ranking in all categories is lower than other East Asia and Pacific countries.

Ranking data from Doing Business Index was reinforced, at a micro level, at the focus group meeting in Makati.

These same investors are committed to succeed but expressed angst at the lack of transparency and fear at the negative prospect of the coming election.

Infrastructure to enable economic growth is another major concern. The horrific traffic situation in Metro Manila area is a painful reminder of inadequacy of long-term planning infrastructure projects.

Maybe Metro Manila’s traffic problem is beyond fixing. The over-population, vehicles and people, in Metro Manila may trumped any infrastructure-related solutions. But in other parts of the country, there is a need for better and well-planned infrastructure to enable regional growth.

Public spend on infrastructure is increasing in the provinces but local political priorities may render these projects ineffective. 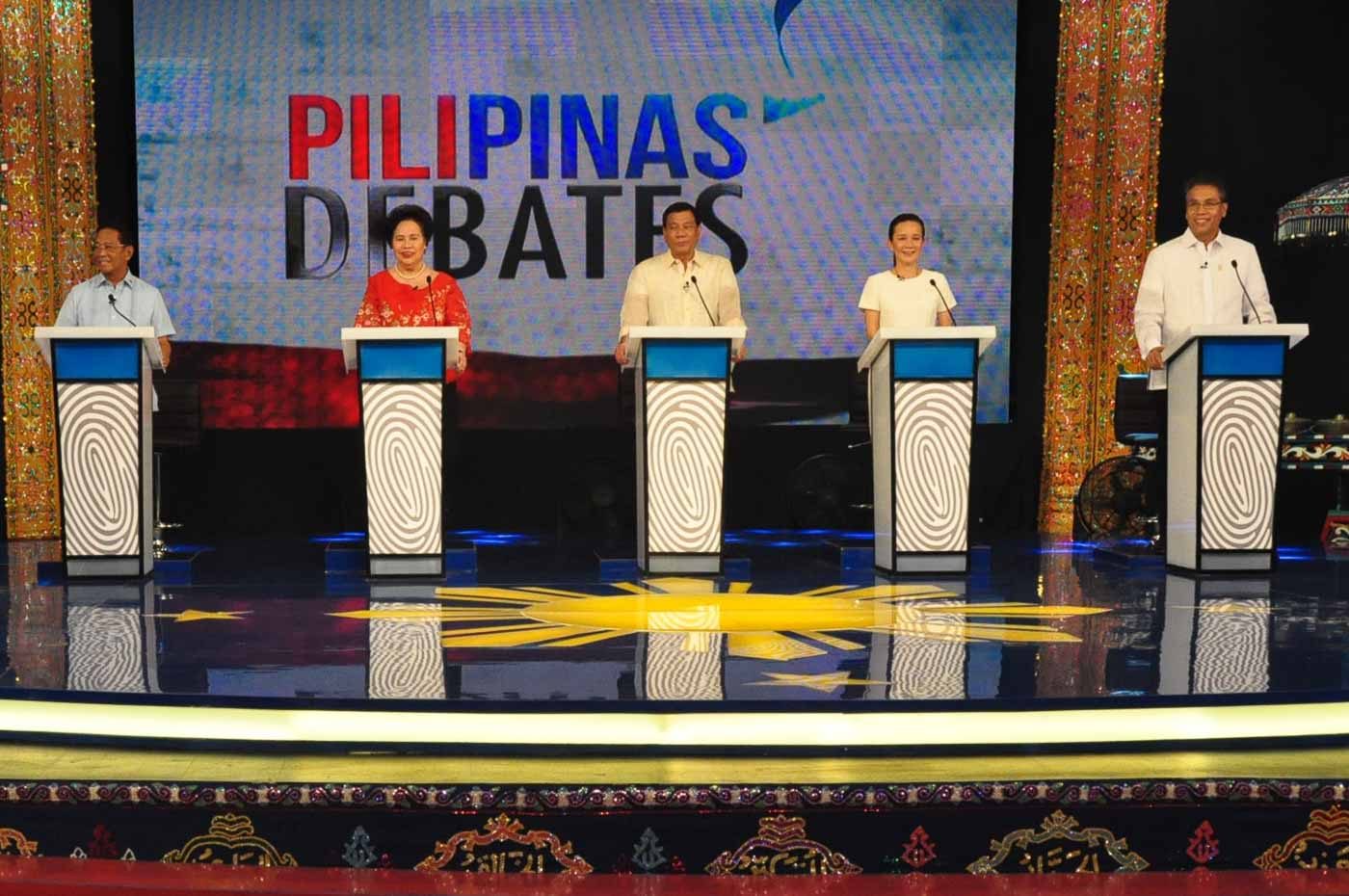 Every one of the foreign investors in the focus group meeting agreed that the coming election is crucial.

One participant said that, “EDSA I was inspiring; EDSA II (which ousted former President Joseph Estarda) was distracting. If the coming election will result in another EDSA, it will be disastrous for the Philippines. Foreign investors will flee. The PH can’t afford to make another mistake… the global investment market will be less forgiving.”

Another serious threat to foreign investment is the growing isolationist-nationalism advocated by many. This cry has reached a crescendo in the election period.

One investor offered this insight, “There is an anti-foreign investment feeling encouraged by politicians and supported by well-intentioned nationalists in this country. Foreign businesses and multinationals are portrayed as exploiters and profit-maximizers.” Basically, the economic inequity caused by changing global markets is blamed on foreign businesses.

It must be noted that this sentiment is not only true in the Philippines but also features in the US as well.

The extraordinary rise of Donald Trump and Bernie Sanders may be attributed to unspecified anger at the inequality and lack of voice from the majority of the population created by the economics of change.

One of the focus group’s participants offered this observation: “Politicians blamed foreign investor on all kinds of injustices, what is conveniently unmentioned, Filipino employees working for foreign firms get better benefits and compensation compared to their peers working for locally-owned conglomerates.”

This personality-based politics and lack of serious focus on policy issues are also a source of concern for foreign investors.

That Manny Pacquiao is running for senator is a glaring example. The candidates for president are mostly running based on a personality cult.

There is also sympathy for President Benigno Aquino III. Foreign investors give him credit for many of the positive changes such as upgraded credit ratings and  tough calls in unaffordable social programs.

These policies have attracted foreign investments in the past several years. Foreign investors are surprised that the president is not getting credit for these policies.

It is this lack of credit that may explain why his anointed successor, Mar Roxas, is not doing well in the polls.

Foreign investors at the focus group meeting were in agreement on the factors that will continue to attract investors to do business in the Philippines.

Leadership matters. The incoming administration must focus on economic growth in a competitive global economy. It must steer government policies from misplaced nationalism as rabid nationalism is a dangerous deterrent to robust foreign investment.

Transparency in business transactions, taxation and regulation has to be established and institutionalized.

Infrastructure should support and enable a growing economy especially outside of Metro-Manila. Policies to deregulate monopolies and protected local industries have to continue. The county has to build its manufacturing capacity for good measure.

The future is hard to predict. There is a consensus from the foreign investor community that the best business candidate may not be the most electable. (READ: #PHVote: A dead heat race)

The perception that Vice President Jejomar Binay is the champion of the poor and Rodrigo Duterte is the tough guy who will clean-up the mess appeals to many voters especially in economically depressed towns and communities. Many poll surveys seem to support this voter trend.

The other candidates face their own handicaps. The electability of Senator Grace Poe maybe decided by the Supreme Court. Miriam Defensor offers a fresh alternative but she is widely perceived as having health issues.

Then, there is Mar Roxas. He is the administration’s anointed one and that comes with political baggage with its disadvantages.

And don’t forget, the rise of VP candidate Bongbong Marcos, the son of then strongman Ferdinand Marcos. If he gets elected, it will be an extraordinary comeback. (READ: Why Bongbong Marcos might win as VP)

The election is too early to call. What seems clear at this point is that President  Aquino’s “Daang Matuwid” is not getting credit for the positive economic policies that encouraged foreign investors to invest in the PH. The surge of foreign investment in 2014 may be short-lived when Aquino’s policies are reversed.

The election results in May 2016 will tell the rest of the story. – Rappler.com

The author teaches business and healthcare courses at Alliant School of Management, Alliant International University, in San Diego. He also consults for Harbage Consulting team in the implementation of the Affordable Care Act (Obamacare) in California.