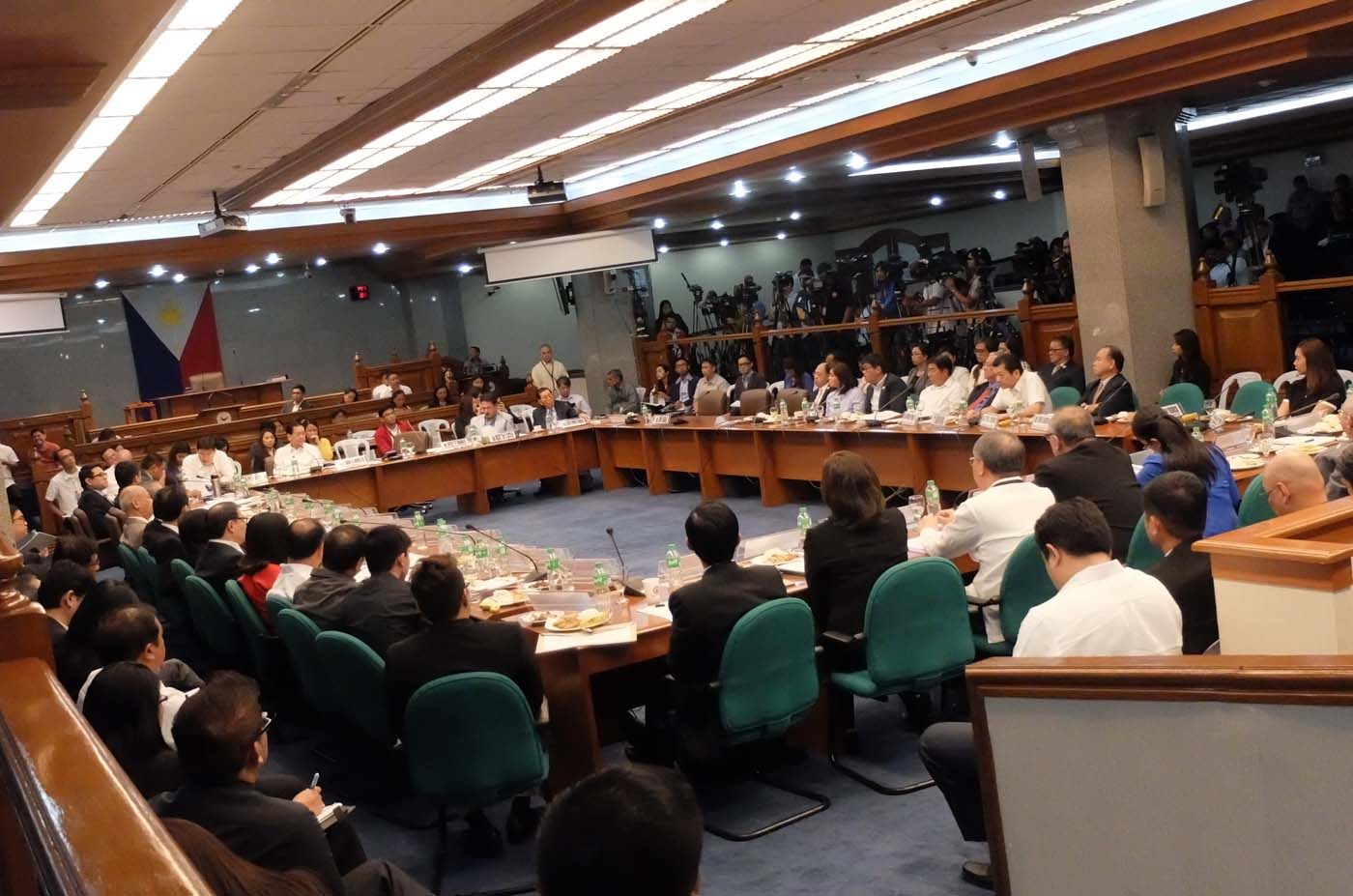 Facebook Twitter Copy URL
Copied
Since the Anti-Money Laundering Council started its probe into the heist on February 19, a lot has happened – from confessions to resignations

MANILA, Philippines – It has been about 7 weeks since the Philippine government started its probe into the $81-million bank heist in downtown Manhattan.

But until now, it is still unclear who are liable for the heist and where the stolen money is.

A lot has happened since the Anti-Money Laundering Council (AMLC) started its probe on February 19: Bangladesh Bank governor Atiur Rahman and two deputies resigned; criminal complaints were filed; Rizal Commercial Banking Corporation (RCBC) president and CEO Lorenzo Tan went on leave; and $4.63 million of the stolen fund was returned to the AMLC.

For Bangladesh Ambassador to the Philippines John Gomes, the return of $4.63 million from casino junket agent Kam Sin “Kim” Wong on Thursday, March 31, is “a step in the right direction.”

Bangladesh officials will arrive in the country in the coming days to help the Philippine government in its probe into the heist and, hopefully, “recover the rest of the amount.”

As the Philippine Senate prepares for its 4th hearing on Tuesday, April 5, here is what we know about the heist so far:

1. Everyone knows each other

All of those allegedly involved in the transactions of coursing the $81-million stolen funds through the Philippines know each other in one way or another. (READ: Network: Who’s who in the RCBC money-laundering scam)

At the Senate probe on Tuesday, March 29, it was discovered that Wong was acquainted with most of the witnesses called to the hearing.

“You all know each other one way or the other,” Senate President Pro Tempore Ralph Recto said during the last hearing, while questioning PhilRem owners on the flow of funds through the local financial system.

Wong said he met Deguito and Tan at a party hosted by car dealer Jason Go. He knew the Bautistas of PhilRem for their love of high-end cars.

The $81-million stolen money from Bangladesh Bank entered RCBC more than once, but the bank still pushed through with the withdrawals and conversion. (READ: RCBC money laundering scam mirrors sins of the past)

On February 4, SWIFT Code (MT103) ordered the inward remittance to the Philippines of $81 million. It then found its way to RCBC.

Per regulations, before any dollar remittance enters the Philippines, it has to pass through US correspondent banks. In this case, these are Wells Fargo Mellon Bank, Citibank, and Bank of New York.

From the 3 correspondent banks, the $81 million did not enter the RCBC Jupiter-Makati branch directly. The money first went through the RCBC Settlement Division, which is part of the head office.

From there, it was credited to the Jupiter-Makati branch on February 6.

From February 5 to February 13, the stolen funds from Bangladesh Bank were transferred to remittance company PhilRem.

On February 9, RCBC received a SWIFT code from Bangladesh Bank requesting for a refund, putting it on hold if the funds had been transferred, or freezing the funds for proper investigation.

During the Senate probe, PhilRem President Salud Bautista confirmed that her company went back to the RCBC Treasury to convert a total of $61 million “in different days.”

“So the money went back to RCBC,” Recto said during the hearing, which was later confirmed by Tan. 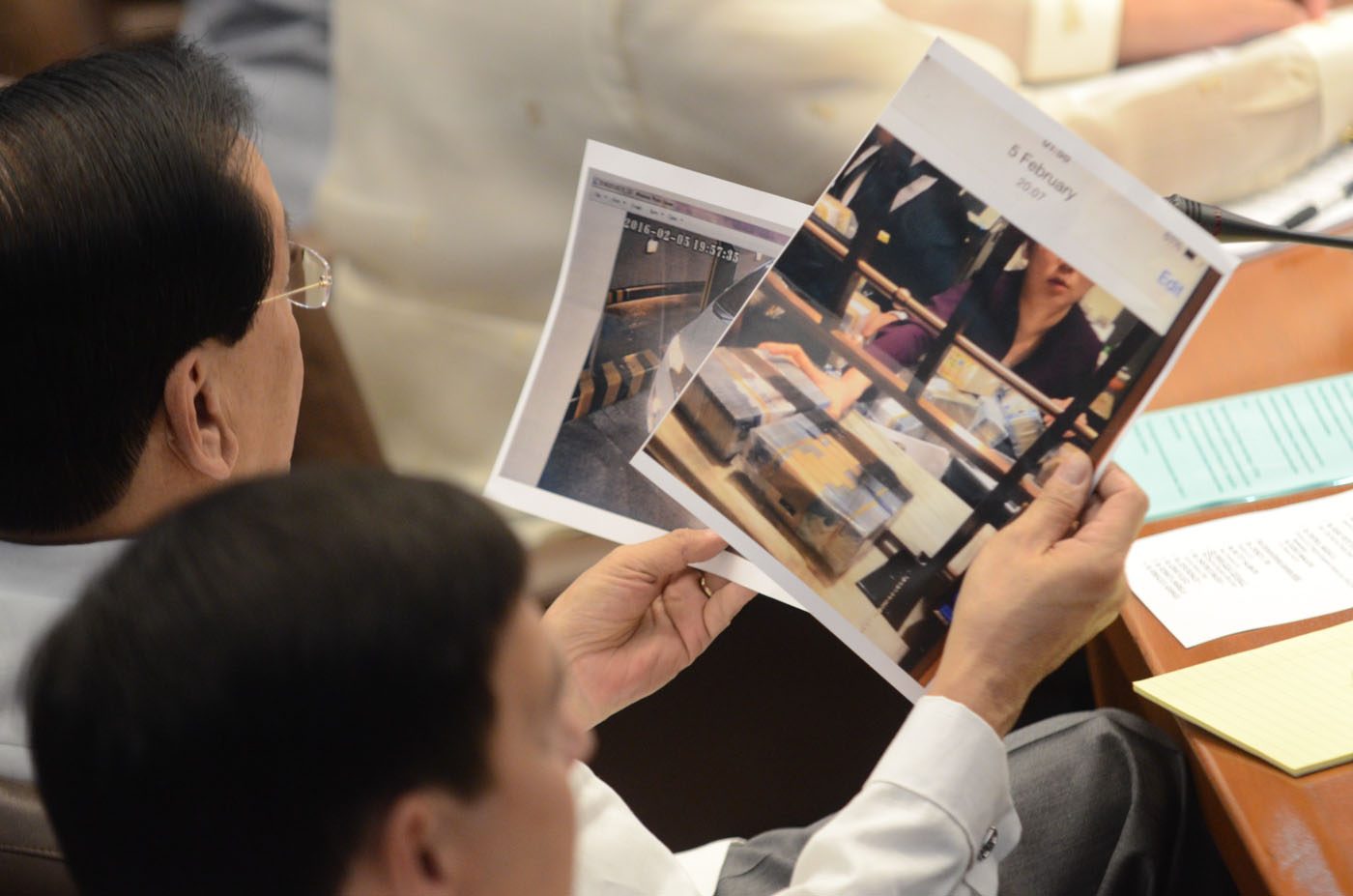 Wong told the Senate that about a quarter of the $81 million stolen from Bangladesh Bank remained unaccounted for. He said this was still with PhilRem.

Of the stolen money, about $63 million went to Solaire and Midas casinos, while the remaining $17 million is said to be still with PhilRem – a claim denied by its officers.

“We are waiting for a proper court order on how to dispose of it,” Tan told the Senate.

5. A portion returned to AMLC

Acting as agent for Midas Hotel and Casino, Wong confirmed at the last hearing that his company, Eastern Hawaii Leisure Company Limited, got hold of P1 billion or $21.575 million of the stolen funds.

Of the P1 billion, Wong took P450 million as Gao’s debt payment, while P550 million went through the gaming tables. He said P510 million of that amount was lost to Midas.

Keeping his promise, Wong turned over to AMLC $4.63 million left under junket operations on Thursday, March 31. Gao, who Wong had known for about 8 years, had a P450-million debt to Wong after losing money in casinos in 2014, he said.

Wong said that he knew Ding through Gao who, he said, had “promised” him that he would bring in more casino players in the Philippines.

“Two foreigners brought the $81 million in the country. One of them has been in and out of the country and is a popular junket agent and high roller. I will write their names and put it in a sealed envelope, with a copy of their passport and will submit it to the committee,” Wong told the Senate panel in Filipino.

Wong recalled that on February 5, he received a phone call from Deguito, informing him that there would be a huge amount of funds that would enter the junket operators’ accounts. (READ: RCBC money-laundering scam mirrors sins of the past)

He said he advised Deguito to send the money to Solaire Resort and Casino in “cold cash.”

Also within the day, Wong said Bautista personally delivered P80 million in cash, while Deguito brought in about P20 million.

“The first delivery of P90 million was delivered to Weikang Xu who we met at the casino,” Bautista testified at the Senate hearing.

PhilRem then converted part of the $81 million into pesos and delivered the money in cash tranches to registered casino junket operator Xu, Eastern Hawaii, and Solaire.

At the resumption of the probe into the Bangladesh bank heist on April 5, the Senate blue ribbon committee plans to unravel more leads that will steer them to the real culprit.

Officials of Bangladesh Bank, and members of the Criminal Investigation Department of Bangladesh government will visit the AMLC on Monday and attend the fourth Senate hearing.

The Bangladesh Ambassador to the Philippines said his country is “hopeful that the entire amount will be recovered.” – Rappler.com