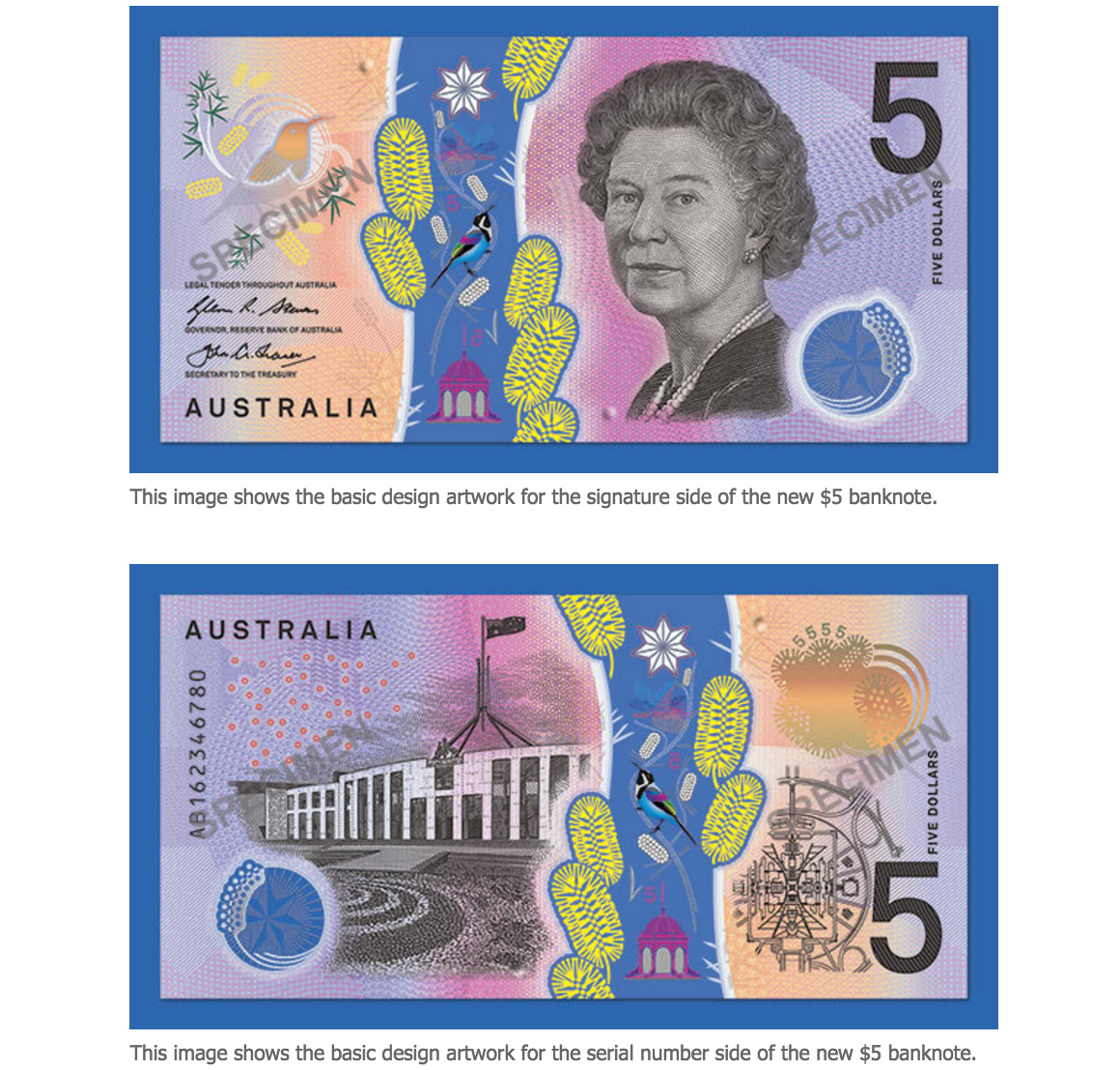 SYDNEY, Australia – It may be the smallest-denominated Australian dollar banknote, but a new design for the Aus$5 bill attracted an outsized amount of criticism when it was unveiled Tuesday, April 12, with detractors calling it “hideous” and “like vomit.”

The note, which will replace its more bland predecessor from September 1, features a yellow Prickly Moses wattle flower and a colorful Eastern Spinebill native bird.

“Each banknote in the new series will depict a different species of Australian wattle and a native bird within a number of the elements,” Reserve Bank of Australia governor Glenn Stevens said in a statement.

“The designs are the culmination of a process of extensive consultation with subject-matter experts and the cash-handling industry, as well as qualitative research involving focus groups.”

But critics – from social media users to bird-lovers – were quick to express their disdain.

“Our new fivers look like vomit,” one user wrote on Twitter, while another quipped: “A thousand monkeys with a thousand versions of Photoshop could never come up with something as hideous as the new Australian $5 note.”

Some questioned why the same portrait of Queen Elizabeth II, which was drawn from photographs commissioned by the central bank in 1984, was used rather than a recent image of Australia’s head of state.

The bill even managed to raise the ire of bird lovers.

“The way it’s been shown on the note, the only two colors that are right on there are the black and the white.”

But the new bill gives them a bluish underside with a bright blue, yellow, purple, and pink wing.

One Twitter user tried to cash in on the lack of support for the new note, tweeting: “I like the new Australian $5 note. For those who hate it, feel free to hand the notes over to me #altruistic.”

The bill is being introduced to mark the 50th anniversary of the nation’s conversion to decimal currency. – Rappler.com