MANILA, Philippines – It is now a numbers game for businesses, as they count the costs and fortunes of a lengthy 90-day campaign season for the 2016 Philippine elections.

The national campaign period, which started February 9, is coming to a close in barely 3 weeks. If anything, it was a time for splashing cash and uncertainty for government continuity.

Although the outcome of this race is still unknown, history suggests that some industries respond far better to election processes, while others hurt along the way.

Rappler spoke to some economists and registered financial planners to check which industries are the winners and losers in this election season.

The clear winner during the campaign season is the broadcast media and telecommunication industries, Ronilo Balbieran, a research associate from Research, Education, and Institutional Development (REID) Foundation, said in an e-mail correspondence. (READ: 43 minutes of TV ads in 2-hour ABS-CBN VP debate) 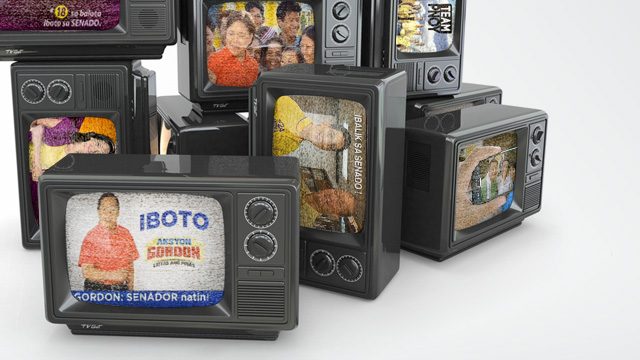 “This is pretty much obvious for all of us. Expenses for coordination and communication for election activities will greatly push the revenues of telecoms companies, while election-related ads boost profit of networks,” Balbieran said.

Listed companies such as GMA Network, Incorporated; ABS-CBN Corporation; Philippine Long Distance Telephone Company; and Globe Telecom, Incorporated are expected to see a boost in revenues during the past quarters.

During elections, public construction deals grow because, naturally, the administration will go all-out in making the voters see the accomplishments of the incumbent, Balbieran said.

But private construction slows down because of a wait-and-see mode, suspending their confidence until boosted by a credible election and winners, he added. Companies that are engaged in public-private partnership projects may see foregone revenue due to delays in the bidding stage.

In the previous elections, Balbieran said the Philippine economy saw a spike in food manufacturing and non-alcoholic beverages industries, mainly because of additional demand from increased money circulation together with election activities, which usually includes food for attendees. (READ: Billions of pesos spent on ‘pre-campaign’ ads)

Marvin Germo, a registered financial planner, agreed, saying, “businesses that will benefit are those that are consumption as a lot of their products would be used and are being used during the campaign period up to the time of the election.” Listed firms such as Jollibee Foods Corporation, Pepsi-Cola Products Philippines Incorporated and Universal Robina Corporation might see a boost in their net income this year, due to election spending.

“I do not expect this industry to be growing during elections since this is not part of the regular election activities, and even discouraged and banned on certain occasions,” Balbieran said. (READ: 24 election-related bans taking place)

Companies like San Miguel Brewery, Emperador Incorporated, and Ginebra San Miguel Incorporated might see a decline in revenues due to campaign season.

“On the lighter side, I expect that this business will kick in once we see clear winners from the canvassing,” the REID research fellow said.

These industries have no direct impact on spending during elections, said Germo, hence no extra earnings from an election season. During the previous elections, the National Economic and Development Authority (NEDA) said it appeared there was small to no impact on agriculture, which is said to be where most people living in poverty and informal workers are situated.

But for Germo, the market sometimes would react based on who would win and the policies that the winner would be introducing.

“Like for example, if the next winner is pro-mining and would reverse all the moves of the Aquino government, you could expect mining stocks to gain some traction,” Germo said.

With the increased movement of people, and the need for more conversations and meetings to be integrated with the domestic tourism and recreational activities, candidates spend more on these during the campaign season, Balbieran said.

His views are shared by Rolando Dy, economist at the University of Asia and Pacific (UA&P), who noted that candidates normally eat out with voters during the campaign trail to get their votes.

“With a lot of money withdrawals, with private investments and construction slowing down during elections, and real estate industry having a temporary pause, the banks and non-bank financial intermediaries will have to sit back,” Balbieran told Rappler.

During the campaign season, financial institutions are focused on regular core businesses with government transactions and construction companies engaged in government contracts.

In general, elections pump up the economy by at least 1%, pushed by massive government spending and private financing supporting election activities.

Filipinos still do not know who would be the next president. But as early as today, they can already tell which industries are losing and winning the race. — Rappler.com