Half of Filipinos splurge on food during payday – Lazada poll

May 24, 2016 10:05 PM PHT
Rappler.com
Facebook Twitter Copy URL
Copied
In a Lazada survey, nearly 50% say they spend more for a payday meal vs a regular meal 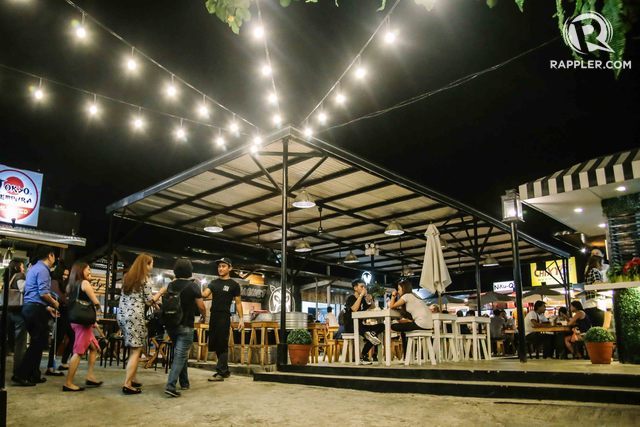 MANILA, Philippines – A new survey released by e-commerce giant Lazada on Tuesday, May 24, showed that food is king once payday rolls around.

An online survey of 345 respondents by Lazada Market Intelligence found that 47.4% of workers spend more on a payday meal versus a regular meal, against 41.9% who spend the same while 10.7% spend less.

Of those that spend more, 26.2% of respondents said they spend 50% more while 21.2% claimed to spend twice as much for their payday meals. 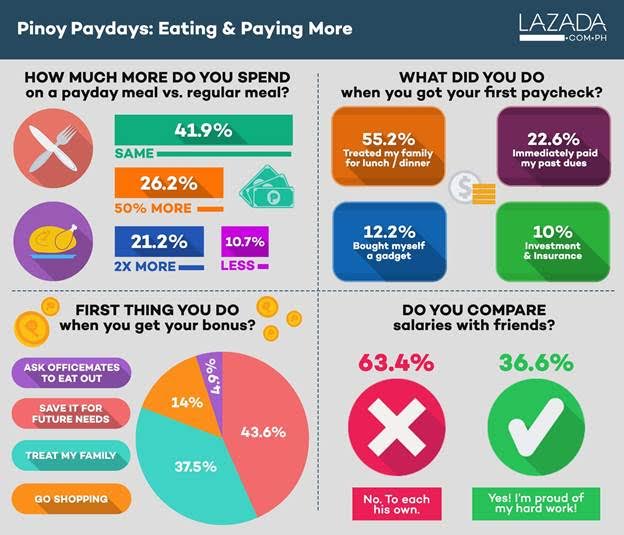 The survey also underlined the prevalence of generosity in Filipino culture. Around 55% of respondents said that they used their first paycheck to treat their family to lunch or dinner, while 37.5% said that the first thing they do when they get their bonus is to also take their family out.

Lazada added that this tradition is so prevalent that 19.5% of respondents actually dread family and friends asking for a payday “blowout.”

On a more somber note, 88.1% of respondents said that a major chunk of their salary goes to utility bills, rent, and credit card payments.

Nearly 74% of them also cited bills as being top of mind every 15th and 30th of the month. 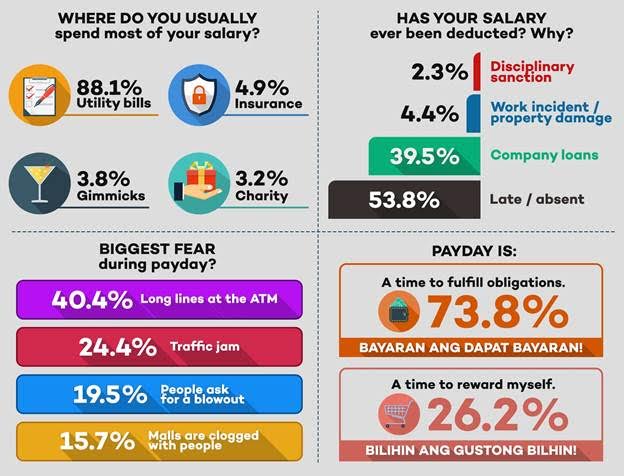 Their spending power is eroded even further as shown by the finding that 53.8% of respondents have had salary deductions for being late or absent.

Meanwhile, long lines at ATMs topped the list of payday annoyances with 40.4% of respondents citing that. Another 24.4% cited payday traffic, while 15.7% mentioned crowded malls.

Asked to choose a payday scheme, 48% said they prefer a bimonthly scheme, while 36.9% prefer to receive their salary weekly. 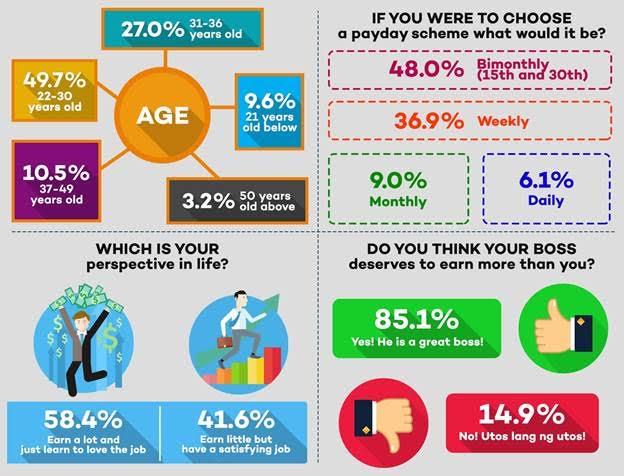 Lazada data also showed that majority of payday shoppers are women. The health and beauty category on the Lazada site sells the most items during payday. – Rappler.com