Duterte bringing home $24B worth of deals from China 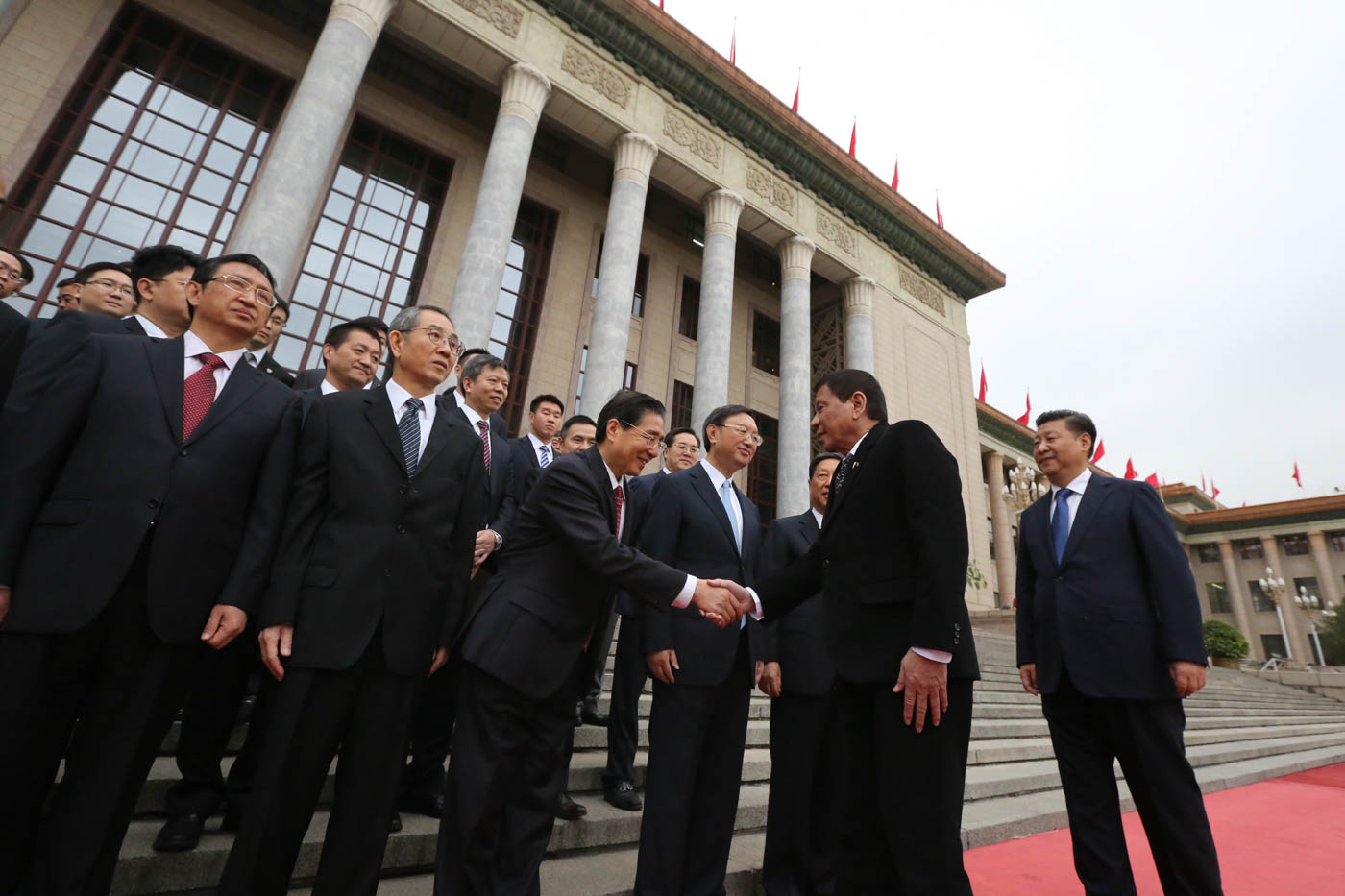 BEIJING, China (UPDATED) – President Rodrigo Duterte and the large business delegation that accompanied him to China may be bringing home around $24 billion worth of deals, said Trade Secretary Ramon Lopez.

“Based on the numbers we are putting together now, in terms of investments, credit facilities opened, $24 billion,” Lopez told reporters on Friday, October 21, at a Beijing hotel.

The number is an increase from the $13.5 billion in deals he had announced Thursday night during a Philippines-China trade and investment forum.

Of the $24 billion, $15 billion accounts for company-to-company deals, while $9 billion pertains to loans from credit facilities to be made available to businesses, development projects, and infrastructure, among others.

The deals are expected to generate two million jobs, according to Department of Trade and Industry estimates.

That number is set to increase over 5 years, said Lopez.

Based on the worth of the deals to be signed and the kind of welcome Duterte received from Chinese officials and businessmen, Lopez described the President’s state visit as “highly successful.”

“In renewing this friendship and economic relationship, it’s like opening a faucet,” Lopez added.

He cited the Chinese government’s announcement that it would lift the travel advisory cautioning Chinese tourists traveling to the Philippines.

This move could lead to the significant increase of Chinese tourist arrivals in the Philippines, a country which has not been able to attract as many Chinese tourists as other Southeast Asian countries.

“From the current 500,000 tourists, we now expect it  easily to double or triple in one year or two years so we will need more hotels, more tourism structures, airports, seaports,” said Lopez.

Duterte is on the final day of his China state visit Friday. The majority of deals will be signed on this day.

Below is a list of deals worth around $3 billion. These deals were set to be signed on Friday, according to PCCI President George Barcelon. The list includes the Philippine and Chinese companies involved as well as the project’s worth.