Oct 27, 2016 1:45 PM PHT
Chrisee Dela Paz
Facebook Twitter Copy URL
Copied
Globe Telecom is the latest among local businesses that are cashing in on the Pokémon Go craze, incorporating the game in their marketing strategies 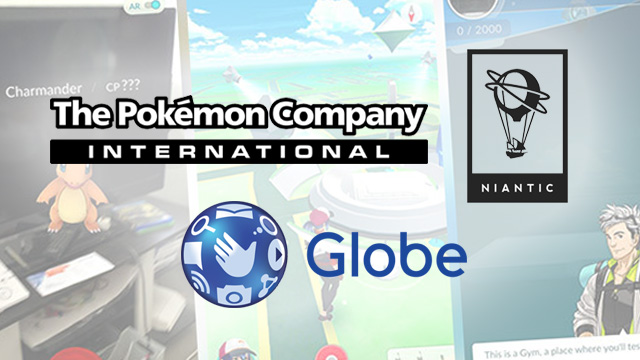 MANILA, Philippines – Globe Telecom Incorporated has partnered with the Japanese firm responsible for the licensing of the Pokémon franchise as well as the American developer of hit Pokémon Go game, in a bid to activate the telco’s retail and charging locations as PokéStops and Gyms.

The Ayala-led telco said in a statement on Thursday, October 27 that it’s kicking off its partnership with The Pokémon Company and Niantic Incorporated in a Pokémon Festival on Friday, October 28 and Saturday, October 29. (READ: Here’s what PH Pokemon Go Lure Party looks like)

“Pokémon Go is a huge hit with Trainers here in Philippines and we’re excited to give them greater access to PokéStops and Gyms through our work with Globe.” Niantic Founder and CEO John Hanke said in the statement. “Combining our resources with Globe will be a huge win for all Pokémon fans.”

Susumu Fukunaga, corporate officer of The Pokémon Company, expressed his excitement for “working with one of the most innovative companies in the Philippines.”

For Dan Horan, Globe’s chief commercial officer, this partnership opens a lot of opportunities for the telco.

This will “provide our customers with new ways to enjoy content on their mobile devices. Not only will we be able to provide access to the app, but everyone can look forward to more surprises in the coming months,” Horan said.

Globe is not the only telco in the Philippines that has cashed in on the success of Pokémon Go.

Voyager Innovations Incorporated, a unit of PLDT Incorporated, had hired “lures” that will serve as a marketing tool to its partner firms, attracting crowds to their shops.

Voyager Business Head and Managing Director Dindo Marzan had said the strategy here is to tempt them to head to an establishment with prospects of adding new Pokemons to their collections.

“We are riding on the virality of Pokemon Go. The main objective is for foot traffic. We are working with fastfood companies, retail malls, and others,” Marzan had told reporters. – Rappler.com