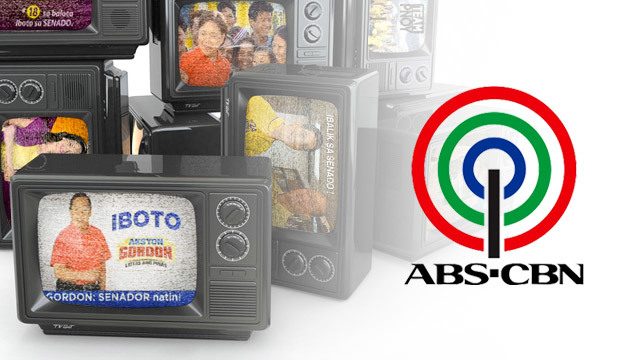 Facebook Twitter Copy URL
Copied
Boosted by 'election spending,' ABS-CBN’s net income for the January-September 2016 period increases to P2.85 billion, from P1.89 billion in the same period a year ago

MANILA, Philippines – Driven by strong advertising revenues, ABS-CBN Corporation is optimistic in reaching its earnings guidance of about P3.5 billion in 2016, after it saw its net income surge by 50% during the first 9 months of the year.

“We are confident that we will meet our earnings guidance of between P3.2 billion and P3.5 billion for 2016,” ABS-CBN chief financial officer (CFO) Aldrin Cerrado announced on Friday, October 28.

Boosted by “election spending and continued leadership in ratings of our primetime shows,” Cerrado said ABS-CBN’s net income for the January-September 2016 period went up to P2.85 billion, from P1.89 billion in the same period a year ago.

“We have been successful in controlling production costs and have been able to reduce expenses on a per program basis compared to last year,” the ABS-CBN official said.

The Lopez-led firm sold 1.6 million ABS-CBN TVplus boxes as of the end of September.

Cerrado said ABS-CBN’s total assets also rose to P74.7 billion as of the end September 2016, from P70.4 billion as of end last year.

Valdueza said the launch of Sky’s direct-to-home pay TV service nationwide under the brand SkyDirect last May has brought in over 70,000 subscribers.

“By year-end, Sky’s total Pay TV and Broadband subscriber base should breach the 1 million mark,” he said.

ABS-CBN said that its educational theme park Kidzania has welcomed over 200,000 visitors since the beginning of the year, while the O Shopping Channel has generated P612 million in sales of various products for the first nine months of 2016.

“With all these achievements, ABS-CBN is poised to deliver record earnings performance this year,” said Valdueza. – Rappler.com