Nov 15, 2016 4:23 PM PHT
Rappler.com
Facebook Twitter Copy URL
Copied
The increase is due to the double-digit income growth in its airline business, which benefited from the drop in fuel prices, and the performance of its petrochemicals business 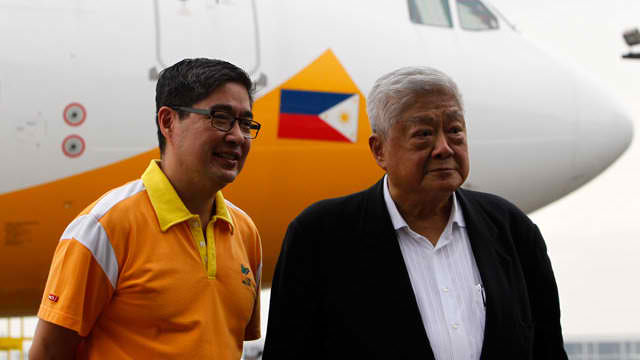 MANILA, Philippines – JG Summit Holdings Incorporated, the listed holding company of the Gokongwei group, grew its 9-month net income by 44.4% to P23.2 billion, compared to P16.1 billion recorded in the same period last year, on solid contributions from its airline and petrochemical businesses.

In a disclosure to the stock exchange, JG Summit said the increase is mainly due to the double-digit income growth in its airline business, which benefited from the drop in fuel prices and fuel hedging gains, and the performance of its petrochemicals business, which expanded significantly since the start of its integrated operations in November 2014 coupled by the lower costs of naphtha feedstock sold during the period.

Its total revenues, however, slightly decreased to P81.7 billion in the first 9 months of the year, from 82.04 billion last year, mainly due to the decline in sales of branded consumer foods group, international operations.

Property unit Robinsons Land Corporation booked consolidated net income of P4.81 billion for the first 3 quarters of the year, up by 12.7% from the same period last year; while total revenues also increased by 15.2% to P16.8 billion brought about by the growth in real estate sales and rental income contribution of the 4 newest malls and and 3 new office buildings.

Cebu Air saw its net income doubled to P7.1 billion from P3.56 billion, while revenues went up by 10.5% to P46.7 billion due to a 6% increase in passenger volume and 8.4% increase in average ancillary revenue per passenger.

JG Summit Petrochemical Group registered a 9-month net income of P4 billion, an improvement of 208.5%, as revenues increased by 8.2% to P21.03 billion for the same period this year due to higher sales volume.

JG Summit also reported that revenues from its core investments declined this period compared to the same period last year, as dividend income received by the group dropped 29.4% to P2 billion mainly due to lower dividends declared by PLDT Incorporated for the period. – Rappler.com