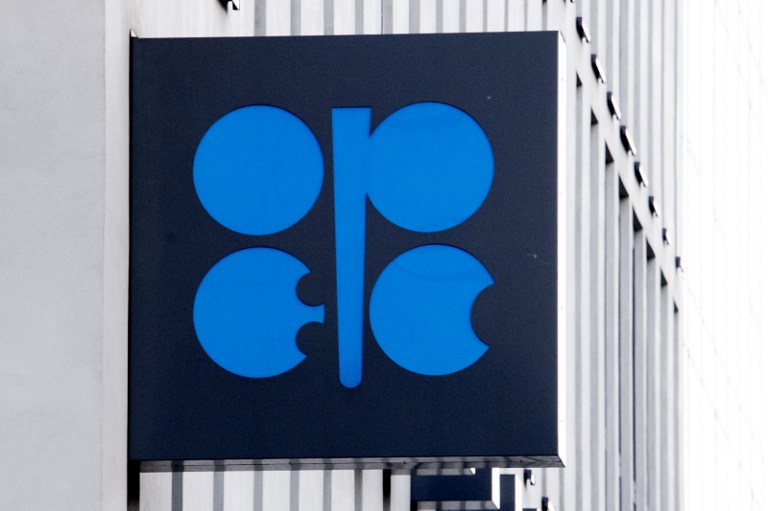 The accord announced by the Organization of the Petroleum Exporting Countries is aimed at reducing a global glut that has kept prices painfully low.

It represents a dramatic reversal from OPEC’s Saudi-led strategy, introduced in 2014, of flooding the market to force out rivals, in particular US shale oil producers.

The cartel will lower its monthly output by 1.2 million barrels per day (bpd) to 32.5 million bpd from January 1, Qatar’s energy minister and president of the OPEC conference said.

“This is a major step forward and we think this is a historic agreement, which will definitely help rebalance the market and reduce the stock overhang,” Mohammed Bin Saleh Al-Sada told a news conference.

He also said that the deal will help global inflation accelerate to a “more healthy rate”, including in the United States.

It finalizes a preliminary deal struck in September in Algeria when OPEC agreed to cut production but left the details to clear up later.

Negotiations got bogged down in a game of poker between OPEC’s three biggest producers, Saudi Arabia, Iraq and Iran, on who would do the heavy lifting.

Iraq had said it was short of money to fight Islamic State (ISIS) group extremists, while Iran wants to hike output to levels before it was hit by Western sanctions over its now-reduced nuclear program.

The dispute was complicated by the fierce rivalry between Shiite Iran and Sunni Saudi Arabia, backing different sides in the wars in Yemen and Syria.

Iran will actually increase production by 90,000 bpd to 3.8 million bpd under the deal. Oil Minister Bijan Namdar Zanganeh flashed a victory sign to reporters as he left OPEC headquarters.

Libya and Nigeria are exempted, while Indonesia has suspended its membership.

Focus will now turn to OPEC’s efforts to get non-members, in particular Russia, to reduce their output by a hoped-for 600,000 bpd.

Russian Energy Minister Alexander Novak confirmed that Russia was ready to cut its own oil production by 300,000 barrels a day next year, provided the OPEC decision is “upheld.”

Russian oil production in recent months has continued to rise and exceeds 11 million barrels per day, the highest since the collapse of the Soviet Union.

Assuming non-OPEC countries do reduce by 600,000 bpd, this will take the total reduction in crude gushing into the market to 1.8 million bpd.

“This is all encouraging for a sense of stability for the markets,” Saudi Energy Minister Khaled al-Falih said.

While consumers might not welcome the more expensive fuel that a deal would bring, OPEC members’ public finances have been shot to bits by two years of rock-bottom prices.

It has exacerbated an already desperate situation in Venezuela, and even hit fabulously wealthy Saudi Arabia, which is headed for a budget deficit of $87 billion in 2016.

The low crude price has also hit investment in oil facilities, raising the prospect of oil shortages further down the line.

However, further downwards pressure on oil prices may come from US president-elect Donald Trump, whose policies could see a renewed rise in US oil production.

“Today’s deal will certainly provide some short term market price boost. But, disagreements persist among OPEC members on how to measure production, so the deal will be hard to police,” said Spencer Welch at IHS Energy. – Rappler.com