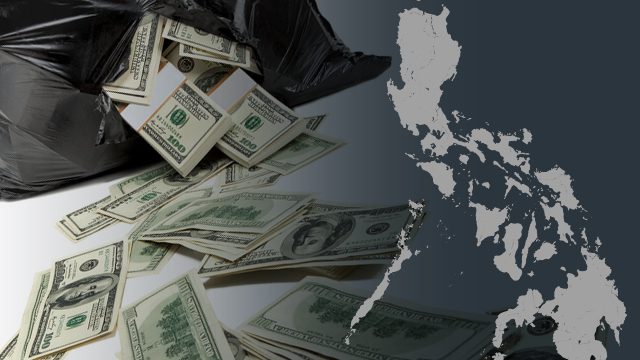 Facebook Twitter Copy URL
Copied
Should the Congress pass the AMLA amendments, AMLC will also have the power to issue an ex parte freeze order, which will be effective immediately and will not exceed 30 days

MANILA, Philippines – Casinos, real estate developers, money transfer firms, junket operators, and dealers of high-value item goods will be under the watch of the Anti-Money Laundering Council (AMLC), should the Congress pass proposed amendments to the Philippines’ anti-money laundering law.

The urgency of putting more teeth into the AMLA was highlighted in the fallout of the $81-million Bangladesh Bank heist – the biggest money-laundering case in Philippine history.

With limited power, it took the AMLC 18 days to order Rizal Commercial Banking Corporation (RCBC) to freeze all accounts involved in the Bangladesh Bank fund heist. (READ: How Bangladesh Bank dirty money easily got into PH)

The AMLC started its probe into the mysterious electronic theft on February 12 this year, but got a court order to freeze accounts only on March 1, 2016. The AMLA of 2001 or Republic Act 9160 granted AMLC the authority to freeze monetary instruments or properties alleged to be proceeds of unlawful activities.

But some amendments made in 2003, and also in 2013, asked the AMLC to secure a Court of Appeals decision first before issuing a freeze order.

The law also allows covered institutions up to 15 days to report suspicious transactions to AMLC.

But the amendments being passed by a Senate committee headed by Escudero allows AMLC to issue an ex parte freeze order, which will be effective immediately and will not exceed 30 days.

“Before the expiration of the 30-day period, the AMLC may file before the Court of Appeals a petition to extend the freeze order. The extension shall not exceed 5 months, depending on the circumstances of the case,” the committee report read.

Escudero said in a statement that it hopes the expanded coverage of AMLA will be passed before the Financial Action Task Force’s (FATF) assessment of the country in June 2017. (READ: DOF fears closure of remittance shops abroad amid $81M heist)

If the Philippines returns to the FATF gray list, lawmakers have said that overseas Filipino workers and their families will be the hardest hit.

This is because FATF member-countries will implement the enhanced verification of money going in and out of the Philippines if this happens. – Rappler.com