How a Fed rate hike impacts the Philippine economy 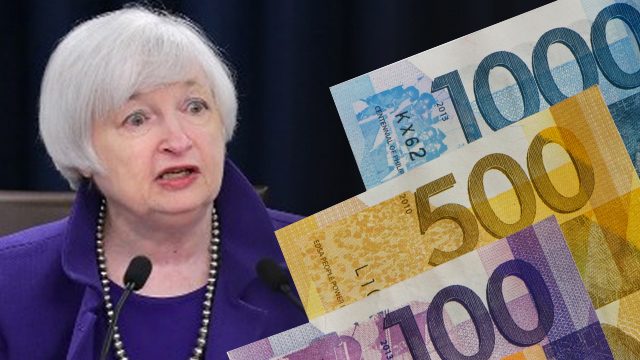 MANILA, Philippines – The US central bank has raised interest rates for the second time in a decade, and the Philippines is feeling some spillover effects as it continues to see heavy foreign selling in both the local bond and equity markets.

On Wednesday, December 14, the US Federal Reserve raised the benchmark Fed funds rate by 25 basis points to a range of between 0.50% and 0.75%. The signal it sends to the rest of the world is that the US economy is doing much better, and valuations for both equity and bond markets are automatically reassessed.

Fed chair Janet Yellen said the rate hike can be seen as a “vote of confidence” in the economy, and sees 3 more hikes in 2017. (READ: U.S. Fed raises key interest rate, sees 3 hikes in 2017)

The move does not only affect the US, but other countries as well, especially the emerging markets (EM). The Philippines has already felt its impact.

“The 25 basis points hike on December 14 already seems to be priced in. It has had an impact on the Philippine markets already,” Emilio Neri Jr, lead economist at the Bank of the Philippine Islands (BPI), told Rappler.

Cid Terosa, dean of the School of Economics of the University of Asia and the Pacific (UA&P), shared his view.

Over the past few weeks, the Philippine peso hit P50:$1 intraday, and the Philippine Stock Exchange index (PSEi) bellweather hovered in the range of 7,800 and 6,500.

A day before the Fed meeting, Philippines stocks climbed and the peso strengthened against the dollar as “investors awaited the final outcome of the FOMC,” Luis Limlingan, Regina Capital Development Corporation managing director, said in a text message.

Foreigners continued to sell local shares on Wednesday, closing the day with a net selling of P87.4 million. The value turnover was at P5.86 billion, lower than Tuesday’s P7.2 billion.

“Investors are on a wait-and-see mode. Practically, long positions were reduced but market was sideways, as shown by the dollars traded,” a trader said.

An economist who requested anonymity said, “The silver lining is that the capital reversal appears to have hit us and thus, we are seeing heavy foreign selling in both the local bond and equity markets, causing their prices to fall.”

Not bad at all “While expected to have some pass-through effects on inflation, the peso’s depreciation has not had a detrimental effect on the economy. It may have, in fact, provided some price competitiveness boost for Philippine goods and services both in the foreign and domestic markets,” Neri said.

The BPI lead economist added that the local stock market’s decline since its peak has not reached “bear market” proportions, “so we don’t expect it to have an enduring impact on the real economy just yet.”

“Our concern lies more on whether interest rates could go up if domestic policies, such as the BIR’s revenue performance, continue to deteriorate and if much-needed tax reforms are not delivered in a timely manner,” he said.

“The Philippine peso will weaken, but it won’t exhibit unmanageable volatility soon after the interest rate hike because the macroeconomic fundamentals of the country are sound, stable, and strong,” Terosa said.

Economists agreed with the assertion of government officials that the Philippines may be in for some rough sailing but will ultimately weather the storm.

“But if the FOMC signals more frequent and more aggressive rate increases in 2017 and beyond, more EM weakness is expected,” he added.

For Terosa, the Bangko Sentral ng Pilipinas (BSP) made sense when it emphasized the ability of the economy to weather the Fed rate hike.

“The weakening of the peso was long expected. The real concern would be the volatility of the peso and not its weakening. The Philippine peso has not shown extreme volatility although it has weakened,” he said.

Terosa also said the PSEi “is expected to reflect these expectations as long as the expected events have not come to pass.”

“After the rate hike, I expect the stock market to seek a level more reflective of the state of the economy,” he added.

Another economist cited the BSP for preparing the Philippines well. “We’ve taken the hit squarely on the chin and we’re still standing, while in previous episodes we had tasted the canvas. Kudos to years of preparation by the Bangko Sentral ng Pilipinas.” – Rappler.com